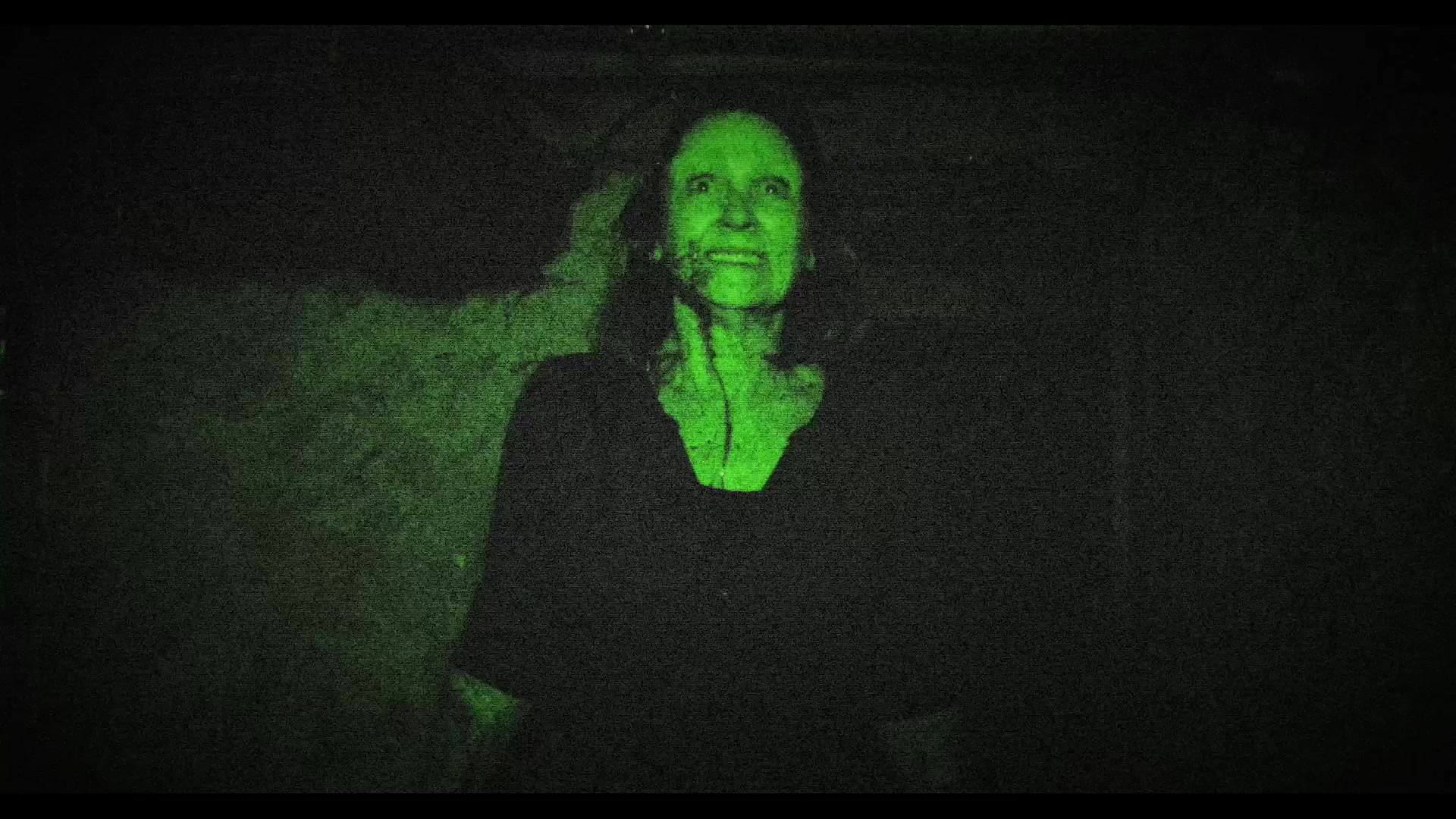 I heard the voice of Jesus say… some stuff that was probably important, if I could remember it. Miracles are a frequently discussed term in discussions but they rarely happen. Some history in my family says miracles are what brought some ‘advantages’ to life. Meanwhile, I actually wonder if it was a miracle or some kind of curse that is the reason for some particular existences. Somehow my state of mind made it into this film when it shows not all miracles are beneficial. Except the ones showcased here aren’t the creation of a self-proclaimed cynic.

It’s a shock-you-mentary done in the style of found footage, the movie starts out with a funeral that escalates quickly when a Indie filmmaker named Chad (Chad Taylor) goes to pay his respects while recording the funeral of his friend Lisa (Melie B. Rondeau) in his hometown, Harriston, Ontario. Unexpectedly, Lisa comes back from the dead, and as Chad records the incident she hisses, makes scary faces, and runs away. Some time later, Chad brings his two filmmaking friends Katie (Katie Fleming) and Dom (Domenic Derose), along to where it happened, and they decide to make a documentary on the case of Lisa the Living Dead. On their shock-doc journey, the three friends interview a few different locals around town, and come across some shocking moments of Lisa’s mother (Flora Burke) going insane in her basement, as well as Chad’s best friend Chris (Chris Kelly) being possessed in a somewhat good manner. As in I mean, Chris used to be in a wheelchair and Lisa gave him the power to walk. So maybe that means she’s some kind of miracle worker? Not exactly, because Chris ends up feeding a cat to Lisa in her private hiding place inside a basement. As Dom goes to investigate, he finds Lisa devouring the cat but doubts what is happening. Despite the freakiness, the crew is still planning to continue with the documentary. Chris tries to explain that Lisa wants to save everyone and get all their faith and love in return. While Lisa ‘heals’ different residents with different conditions, Chad does interviews hoping to make something worthy of getting him a big break. I think I and a few other people I know would’ve probably benefitted from someone with Lisa’s powers.

But not everything goes as well as expected. Despite everyone rejoicing, Father Anderson (Dan Bieman) of the local church goes away for a while after his recent experience with Lisa, nobody attends the church anymore and instead prays to Lisa setting up giant tripod like symbols painted red. When Father Anderson does return, he dies, presumably due to Lisa. Chad’s mother (Nicole Fairbairn) who is a minister recommends that Chris’s parents do something to eliminate Lisa as things get worse, and Chad’s mother gets cursed by Lisa in the process, causing Chad to start freaking out. From there, things get worse as more people all around town end up killing themselves because apparently that’s what Lisa wants. Everybody does so and turns into zombies. Just how do our three filmmaking friends make it out of this one? Well, it’s pretty hard to say and things get plenty disturbing.

It’s amazing how a film in indie-style found footage can go so dark so fast. I certainly didn’t expect some really big twist near the end, and I also didn’t expect things to go the way they did in the first few minutes. From one’s first perspective, they’d think either one or both of the lead actors directed and wrote this, but no. The genius behind it all was Ali Akbar Akbar Kamal, who stayed off camera for the whole thing. The shots look like they were done by people with semi-experience, but the truth is, it was done on a steadicam. As someone who went to film school, steadicam courses were assigned for certain ranked students and had to be signed up for like an extra credit club. The course was difficult and I understand setting up and operating a steadicam isn’t the easiest thing in the world despite its abilities (I knew a guy who used one but struggled with it quite a bit). The story was well-executed, the characters were really interesting no matter how much time they had, and the editing was especially interesting showing the occasional glitch during the scary possessive moments. A couple of times during the most creepy parts, the player kind of lagged. Maybe this feature is cursed for real? It’s pretty cool though.