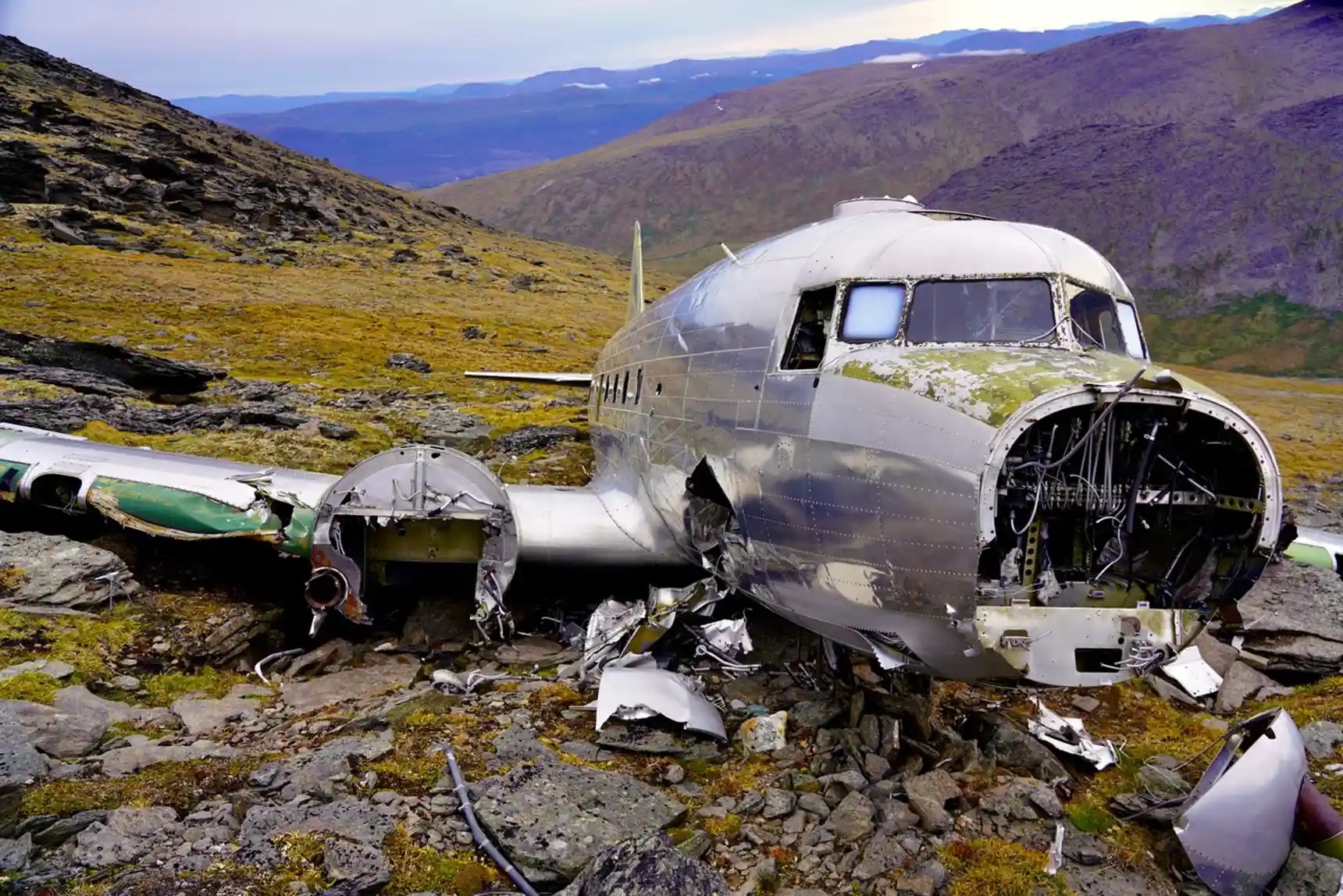 Look up there, what do you see? An airplane. Where it lands? To safety, I hope. But that isn’t always the case at such a high altitude. One example of that is the Skymaster #2469 in 1950 that crashed on its flight from Anchorage, Alaska on its way to Great Falls in Montana. But why did it crash? And where did what’s left of it go? Andrew Gregg decides to investigate this matter because many people know the search got called off long ago. The Skymaster was one of the greatest planes ever to fly for its time period, and now it’s suggested that it crashed somewhere in the Yukon, but nobody could find it, not even the people of the First Nations. Search parties were sent for it, but when one B-36 crash-landed during the search among a few other issues, the US Air Force called off the search. They said they would restart once Spring thawed due to the weather conditions, but they either gave up or just forgot about it, which certainly hasn’t been beneficial to those who were related to anyone that perished in the accident. Andrew Gregg decides to set out and find out what happened to the aircraft while gathering stories from relatives, people who worked in the military, those who have flown planes, anyone who remembers this missing plane incident, and even First Nations people to debunk the case and perhaps figure out where the plane is. Despite several search parties looking in the lake, the mountains, and from the sky, they can’t seem to find anything. One couple finds wreckage of a similar plane that crashed in the 60’s, but other than that, something that big is hard to scope out for whatever reason. During his expedition, director Andrew Gregg meets up with Gerry Whitley and Dave Downing, who work the volunteer service of Civil Air Search and Rescue Association, a small community of people who were looking to search the mountains for wreckage but had to give up too soon due to unsafe weather conditions. He also talks to Bob Cameron, an Aviation historian and pilot in regards to the planes, and not just people who work with planes, but Clare Fowler, who has worked in radio operation in the 50’s, Doug Davidge who tries to add Andrew on a search for sunken wreckage of the plane, and Greg Hare who worked as an archaeologist in the Yukon. He even speaks to indidvuals of First Nations, some who have ties to a man named Albert Isaac who thought he heard a plane crash but couldn’t find anything in the deep intense snow.

But that’s not all this documentary has to offer, a lot of these interviews give us some history lessons, especially from those who were related to people who disappeared along with the plane, and then we get even more as we are treated to ancient footage and historical newspapers from many years ago, chronicling the plane disasters, and even news of organizations being set up in those times. The subjects who discuss these matters are very detailed in their discussions, giving informative answers, and while the doc doesn’t tell us exactly where this plane could be, it does show hope that someday somehow anything can be found once more after a long time. I myself found an old childhood keychain of mine in a box of used junk just last summer, so anything is possible. Just keep looking and don’t give up the search, for whatever you’ve lost.

Skymaster Down will premiere on the Documentary Channel January 16th, 2022 at 9PM.