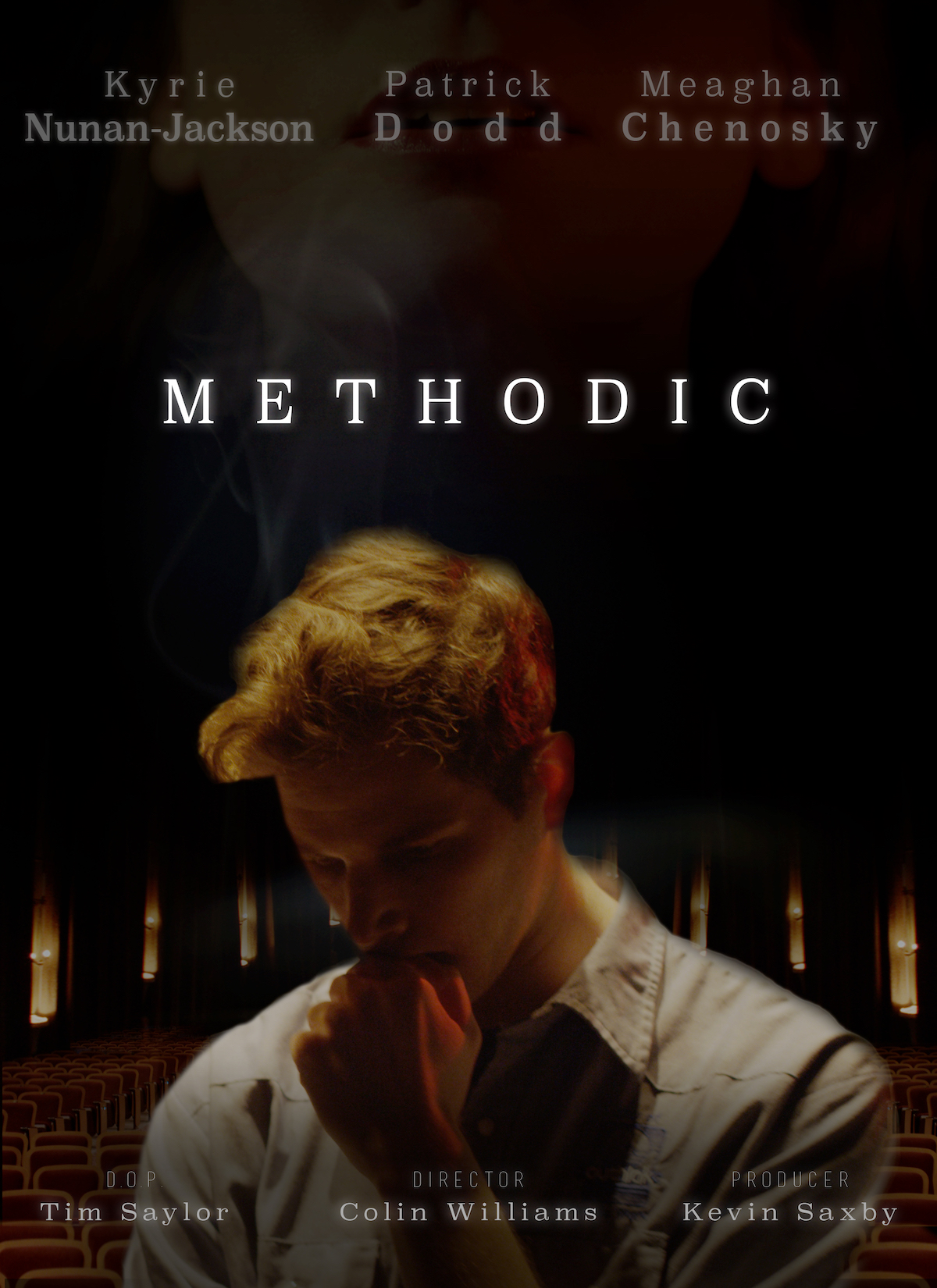 Blurring the line between fantasy and reality is not exactly the best of things to do. You never know what might happen when you’re discussing emotional matters only to end up in an ancient world populated by beings with elemental powers. Unless you’re required to do it to get more in character for a role, that’s when it REALLY helps. But moving that aside, Methodic shows what happens when method acting is taken to a very extreme level. Patrick Dodd stars as James, an actor who tries to act his hardest in a live performance where he must strangle fellow actress Evelyn (Meaghan Chenosky). However, Syd (Rob Leaf) has to push James even further at his role showing him what he must do. After a stressful day of being yelled at in the theatre and trying to ham up an act, James goes home to his girlfriend Marie (Kyriè Nunan-Jackson) catching her calling somebody on her phone, someone who he’s not that fond of. But acting isn’t going much of anywhere because no matter how hard he tries at rehearsals, neither Evelyn or Syd are finding it easy to find his performances believable as they try to coach him. Soon enough though, that’s when James starts to see the similarities between the performance and his real life.

This film has been made with a lot of feeling and really shows feelings within feelings. I’ve never seen too many productions which indicate acting while acting in a sense like this one. The characters give one a sense while they’re doing their scenes. Given what’s going on, it’s interesting to think that these actors are doing so well at being theatre actors struggling and forcing the work, especially Patrick Dodd. And at the same time, you can feel that they’re going through rough times in both places. Aside from the performances, the story is perfectly done, showing what a struggle it can be to both act the character properly and deal with a partner when you feel they’re seeing someone behind your back. Colin Williams has shown how much of a great job he’s done in this short simple but deep piece of art. Nothing captures such elements and situations as well as this film, as it shows we all have issues, and we all have a process when it comes to acting.