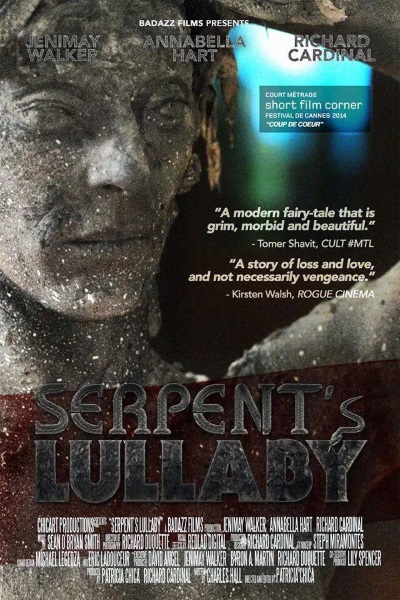 One of the most powerful films I’ve seen so far.

All about a woman named Medusa (Jenimay Walker) living in her large, upscale fin-de-siecle mansion, taking care of her baby. One night something very bad happens to her baby and things slowly take a turn for the worse. This ends with Medusa hosting a backyard burial for her child.

The days pass on, and another mother (Annabella Hart) taking care of her baby (Samuel Nadeau) meets Medusa, smoking a cigar, dressed like a 19th-century widow. The mother tries to make a hasty exit, possibly thinking that a Victorian Maleficent could mean bad news. Medusa approaches her and comments about her baby saying, “He has his mother’s eyes, Turquoise like a lagoon in the red sea…” which is probably one of the best lines in film I have heard lately. The mother slightly disagrees, still being a bit frightened by Medusa, and wheels the stroller home.

As Medusa continues to mourn the death of her own baby, she slowly descends into a more extreme sense of depression. As she slowly paces through the large mansion, it seems to have a lot of poisonous snakes lurking around the floor and she’s also revealed to be a widow as her husband had died years ago. There’s even a memorial set up for him on her mantle. Standing before the memorial, Medusa strips herself naked and what happens next can be described as truly haunting.

The way death was portrayed in this film was rather artistic. A very dark film focusing on suicide and what can happen when the slightest saying can make somebody feel even worse, especially when they’re going through a tough time. The dark cinematography as well as the ending shots in the snow are good and chilling (no pun intended) and the use of the snakes was a rather nice touch to the whole theme of depression and suicide.

(Serpent’s Lullaby, directed by Patricia Chica, and written by Charles Hall, was made available to us as part of World Suicide Prevention Day. )