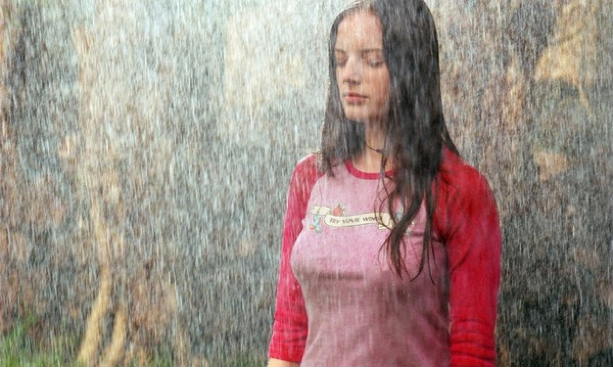 Most of us have New Years resolutions or perhaps even a bucket list gathering dust somewhere. Life has a habit of getting in the way of living, but when an expiry date is thrust upon you, those priorities can shift rather quickly. This premise is played heartbreakingly straight in 2003’s My Life Without Me.

23 year-old Ann (Sarah Polley) works hard as a college night janitor while raising two young daughters with her high school sweetheart turned-husband Don (Scott Speedman). Between work and dealing with her misanthropic mother (Deborah Harry), Ann has had very little time for her own dreams and aspirations, not that she even had time to form them. This cycle is suddenly shattered when the cause of a recent collapse at work is revealed to be ovarian cancer. Ann now has only two months to live.

Resolving to keep this news between her and her doctor (Julian Richings), Ann promptly makes a list of everything she wishes to experience before she dies as well as taped messages to her family as she doesn’t want her final weeks with them to be marred by misery. One of these items is to make love outside her marriage to “see what it’s like”. She doesn’t have long to wait as she soon crosses paths with Lee (Mark Ruffalo) a depressed surveyor just getting over a messy breakup (he hasn’t even replaced the furniture she took with her). The two find solace with one another, but with time literally running out for Ann, she must decide how long this new love can go on before life moves on without her.

The “only months/weeks to live” plot has often been a staple of the comedy genre from Jerry Lewis in Hook, Line & Sinkerto Queen Latifah in Last Holiday. The ticking clock on the protagonists life is used as a catalyst to get them to live to the fullest in ways most of the audience only dreams of until the final act usually reveals the diagnosis to be a hoax or mistake. My Life Without Metakes the considerably more grounded approach of having it’s protagonist deal primarily with ensuring her family is taken care of and enjoying just a little more of life’s simple pleasures before she passes.

The characters are in capable hands as Sarah Polley carries the melancholy and pain of Ann with flying colours (albeit drab ones). She puts on a smiling mask for her husband and daughters and a more opaque one for Lee who can only read about “10 percent” of her, even when making love. She deliberately avoids the melodrama that most audiences would beg of a story like this. “When is she going to tell someone that she’s terminal?” we may ask. But then again, who are we to condemn someone for shielding the pain and anguish of impending death from those they love?

The film is given appropriate texture, grit and warmth through it’s superb Super 16mm photography. This is especially evident in the film’s poetic opening scene int he rain. It is indie efforts like this that remind us why the film “look”, especially a genuine one is so vital to keep in modern cinema toolboxes. If only it didn’t bury the Vancouver setting though…

One rather puzzling decision on the script’s part is a subplot involving Ann’s neighbour (Leonor Watling) whom Ann not-so-subtly recruits as a sort of “replacement” wife and mother for when she passes. While this is a nice thought, the whole thing plays off as way too convenient and eye-rolling for an otherwise grounded work. Naming this character “Ann” as well just makes it worse.

This film has served as my gateway drug to Spanish auteur Isabel Coixet. She has crafted a poignant portrait on young death and how we all tend to put off the business of living until the very last minute. Ann may seem to do ultimately very little with her last weeks on earth, but there’s really no right way to die.

My Life Without Me is currently available on Netflix Canada.