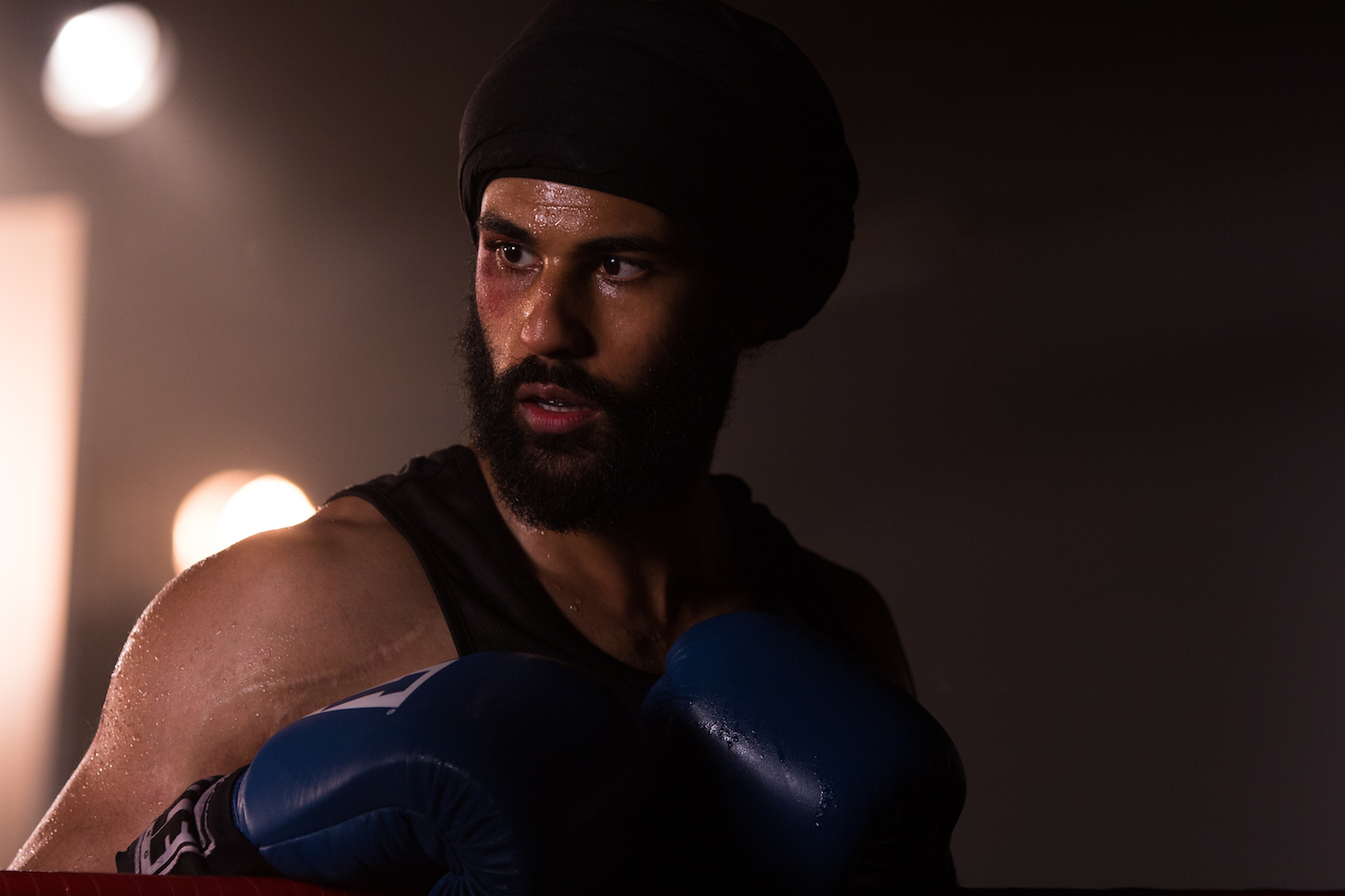 I’ve never been classified as a racist. In fact, when I first heard of racism when I was 7, it confused me as to why it even existed. It still does. I’m open minded. I don’t find someone inferior because of skin colour, I think it’s nice to have a blend of difference. My first best friend was a black person, with glasses. But sadly, racism still exists for unnecessary reasons and it’s a common concept used in movies, either for the purpose of entertainment, or for the purpose of education. But mostly the purpose of education. Unlike some of the fictional shorts i have seen in the past, this one is realistic, telling the story of Pardeep Singh Nagra. Years ago, Pardeep (Prem Singh) was a soccer player. Sorry, I mean ‘football’ player. I say was, because during one game he got into a scuffle with some opposing team members who continuously tackled him with no regard for his race. To further add insult to injury, the referee flashes the famous red card and the whole team never speaks to him again. Pardeep ponders what happened, for a very long time.

After that big incident, Pardeep decides to try his hand at something else. One particular night he discovers a gym for boxing and wrestling and Frank Donovan (Mickey Rourke), the man in charge decides to let Pardeep have a go and see him at it after he takes out his aggression on a self-centred boxer named Bryan Doyle (Michael Pugliese). Pardeep seems like quite the natural as he takes out his first opponent at the club and then takes on the first guy in a tournament one late night, but doesn’t do a very good job. Yet he still fights the good fight, in both wrestling and legal cases that forbid him to fight (due to his beard). As he continues to fight, he earns the nickname Tiger as a symbol of his ferocity. He also develops a romantic connection with his lawyer, Charlotte (Janel Parrish) who helps him with his constant fight with the ABC (Association of Boxing Commissions) due to their silly rule of no facial hair, which goes on for a long time in many courtroom cases.

In between the movie, interview clips of Pardeep are shown as he explains his story of how he got into boxing. The whole film is filled with lots of meaning and shows a powerful positive message that Pardeep himself has been promoting for many years. The characters are extremely well played with a wide array of emotions from fearless to anger-driven, despite boxing gyms not being much on colour, scenery is well arranged, and it creates an amazing connection to it all. The ending was a truly emotional moment, even making me shed a manly tear at the end. Boxing movies about finding identity seems to be a common concept, but I doubt other boxing movies about one’s personal views can be portrayed just as well as this one. It’s a great movie with great depth. In closing, Sikhs are unique and have excellent physique.