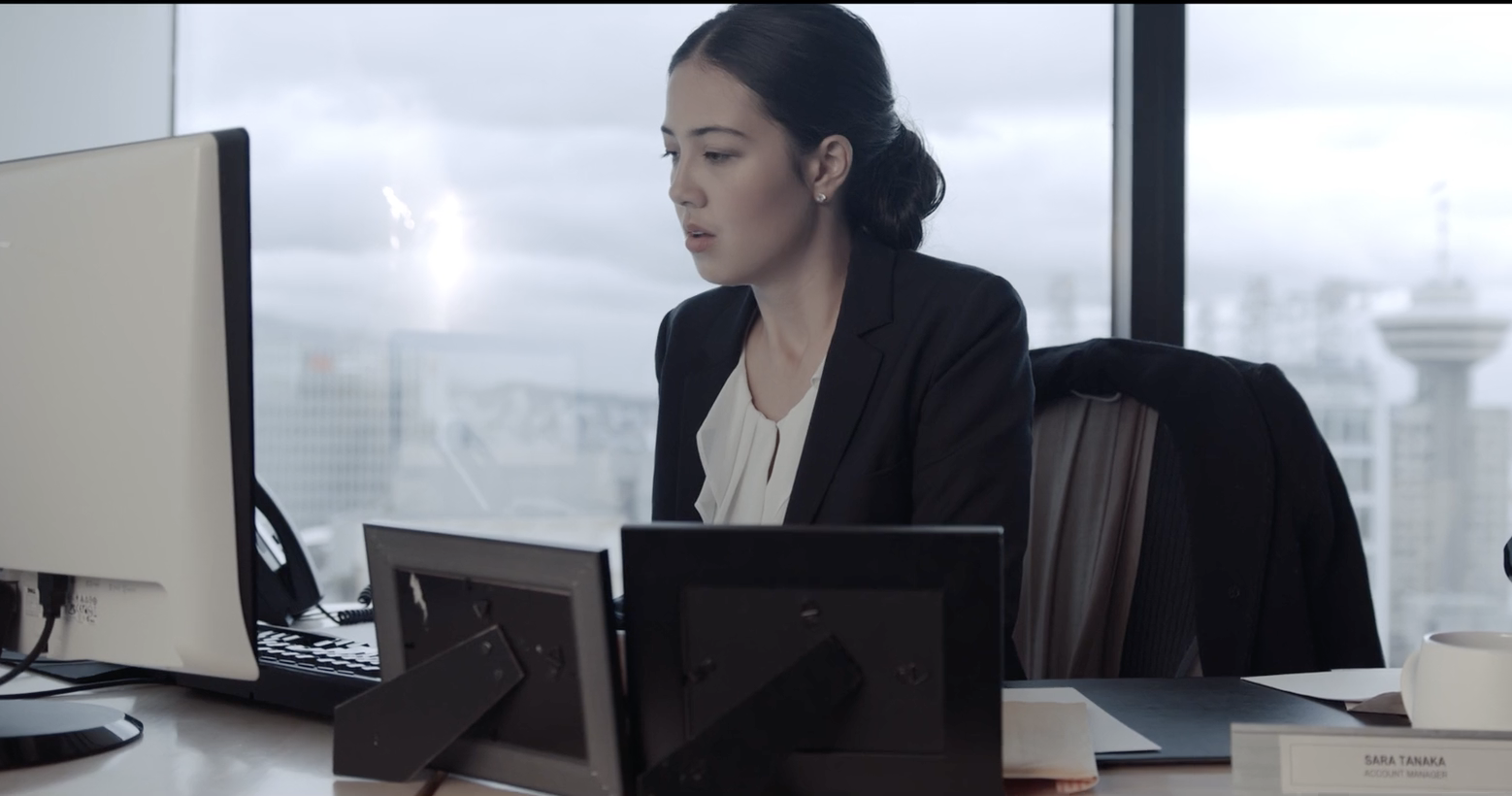 Sometimes parents expect their offspring to follow the same path as they did. But that’s not always easy because sometimes people have plans to be much more different. I can’t relate to this scenario, but I have seen it. In many ways of media. And one particularly interesting way is showcased in the short film, Harmony. Already having been screened at VAFF and now currently making its way into other festivals throughout, Harmony is a movie about a young business woman named Sara Tanaka (Kyoko Yates) who works hard in her job at a firm. But it’s not what her father Jiro (Minoru Yamamoto) wanted, he expected her to be working alongside him at the fishing company he owns, so that she could take it over once he retired. Because wouldn’t you know it, that’s just what he’s about to do. At the same time, Sara is struggling with a very important deal in business that she can’t possibly let fail. But soon she is stuck with an extremely critical decision of whether she should take over Dad’s business like he planned, or do what she has planned. It makes one question what choice is right and it makes the viewer wonder themselves. The film is extremely heartwarming and provides amazing passion. The shots are dynamic and breathtaking, the characters are well played in scenarios you can actually feel or even relate to, and the setup of the whole film may seem simple and not very long but it really leaves an everlasting feel on viewers who understand what it’s like to have been in this scenario.

Kyoko Yates said that she really built up a connection with Alejandro Yoshizawa as they dwelled through the making of the short film, even discovering they had similar experiences and working with a Japanese crew was really amazing for her as well. Kyoko has also described the shoot as the most peaceful and cozy shoot she has ever done, and even enjoyed playing a character that she could find herself relating to due to many similarities, even saying “The role became very educational. Just like Sara, I grew up in a Japanese household with Japanese influences. I’m following my dreams too, working hard and living in the city. But there’s also a part of me that is always wondering, what if I went to Japan. My life would be completely different. I have a connection with Japan that I have with no other place, not even Australia where I grew up. Everything about it brings me peace. I believe that Sara feels that too.”

The film has really touched me upon watching it and I am happy to see it doing so well throughout Canada and the U.S.

One thought on “Review on Harmony starring Kyoko Yates”