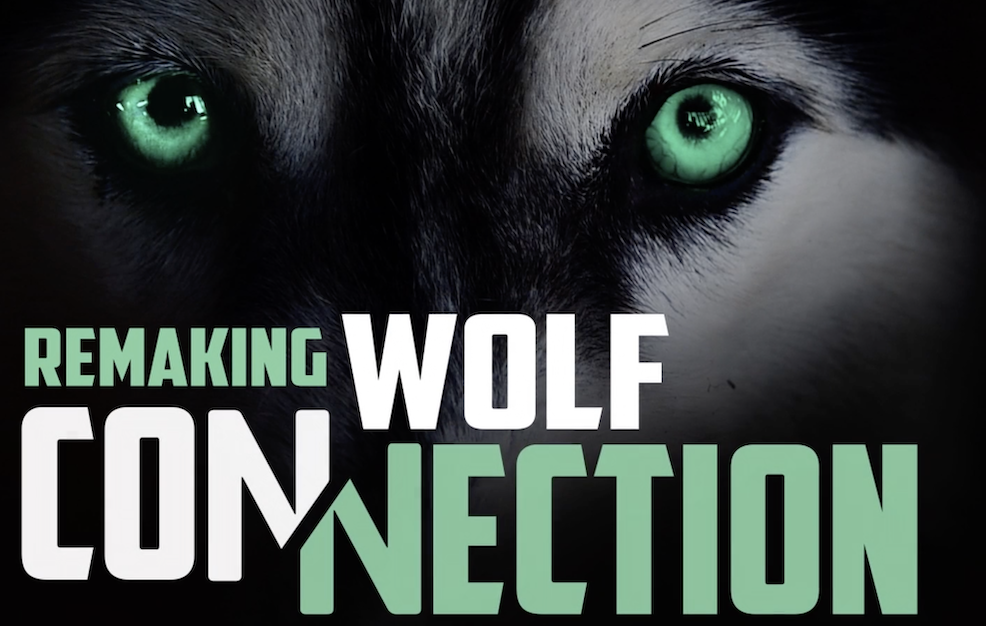 Peter Von Puttkamer, a veteran of directing documentaries, recently described his latest foray into the world of wild life documentaries, ”My documentary “Remaking Wolf Connection” is about a remarkable Sanctuary in Southern California which celebrates the Wolf and uses the ancient connection we have with them to heal young and old. The refuge is home to over 80 wolves and wolf-dog hybrids, all of which have been rescued from often life-threatening circumstances. Wolf Connection is the brainchild of outdoors’ youth counsellor Teo Alfero whose training includes certification to work with the court and school systems in California as well as extensive experience with captive exotic animals. The film features the work of Teo, his wife Rene, and a working group of expert psychologists, and youth counsellors. The team simultaneously cares for the wolves, while improving the lives of troubled young people coming from foster care, schools, or the court system.”

Puttkamer’s camera captures the rescued wolves rehabilitating by forming a bond with the disenfranchised youngsters while his lens paints a portrait of the wolves and troubled teens rebuilding each other emotionally and physically as the story weaves it’s way into both the animals and children’s fascinating backgrounds.

Puttkamer’s wonderful sense of story endears the wolves to the viewing audience as many of their tales of survival are slowly unraveled throughout the documentary. Perhaps the most gut wrenching story is that of Koda the wolf who was rescued along with his older brother, Chance. Teo’s wife Renee, the sanctuary’s socialization expert shares Koda’s dramatic adventure. After the loss of his brother, Koda seemed distraught and unhappy.  Five years later Renee, introduced him to a one year old puppy, Wiley.  Quickly they formed a friendship and Koda’s mood has improved almost as if Wiley was some sort of super magical antidepressant. With passion, Renee explains how that connection has changed Koda’s life.

Perhaps the most moving part of this documentary is how Puttkamer depicts the caring and wonderful staff at the Sanctuary and their tremendous love for the children and the wolves. The director’s skill set truly shines when the youth and wolves are learning to face the world together.

What might seem like a relatively simple idea for a documentary evolves into something much more as we learn about the sanctuary’s future plans to expand in size and save more wolves with the help of philanthropists who are deeply passionate about the cause.