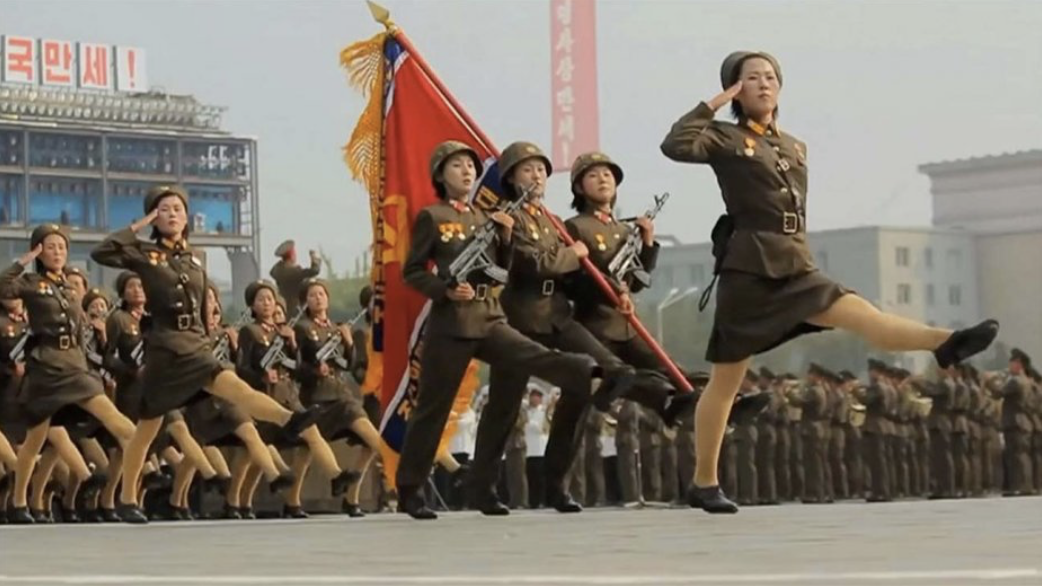 It may come as a surprise to learn that the term “propaganda” was once rather benign in the English language. Derived from the Latin propagare, the word simply meant the spread and dispersal of information, regardless of the cause. It was only during the mass political upheaval and world wars of the late 19th and 20th centuries that the term took on a more negative connotation, now referring to the dissemination of misleading or outright false information meant to provoke a strong emotional reaction rather than a rational one. The fastest way to stir the emotions is through striking images so it was the art world that often found itself at the forefront of propagandistic purposes. How art and the artist relate to and even instigate their own propaganda is explored in Larry Weinstein’s latest doc, Propaganda: The Art of Selling Lies.

Taking on a catch-all rather than linear approach to it’s subject, the film covers a vast array of topics showing how propaganda is sifted through past and present-day contexts. As you might expect, Donald Trump and his revolutionary use of Twitter feature prominently throughout. While Obama was the first US President on the platform, it is the current Head of State who has wielded the influential power of social (and mainstream) media and its ability to spin wildly misleading narratives in 140 characters or less. He has used this influence to not only sweep into office, but maintain his tirelessly loyal base from the White House as well. The film isn’t limited to the States however as the tight grip of both Nazi Germany through Leni Riefenstahl’s Triumph of the Will and the continued stifling of descent by the Chinese Communist Party feature prominently. The latter is seen largely through the eyes of activist artist Ai Weiwei, who after suffering a brutal arrest and confinement for his sharp criticism of government-built schools collapsed during the 2008 Sichuan earthquake, has since fled China for Berlin.

While propaganda is usually seen through a global lens, some individuals wield it on a level closer to home. The risks of politically-charged street art are examined through activist Shepard Fairey whose arrests have sometimes left him without access to his diabetes medication. There are rewards too as his infamous 2008 Obama “Hope” poster continues to be an enduring image. LA-Street Artist Sabo provides a right-wing counterpoint to the largely left-leaning proceedings as he plasters Southern California streets with indictments against the increasingly far-left Democratic Party and Bernie Sander’s socialism. After all of his, we are reminded by the Globe and Mail’s David Walmsley of the importance of editorial oversight in an era where any schmuck with a keyboard can conjure up a convincing-looking news story, truth be damned.

Playing as a sampler of a subject that would be far better served via a miniseries, Propaganda more or less keeps to the basics while offering some interesting morsels to chew on. We often think of Propaganda as being purely in the political sphere but as the film shows, even something as benign as a home-hunting reality show can propagate a false image of an idealized life. Something the film notes leaves many modern people unhappy with the state of their lives as they are constantly shown an impossible ideal. It is this and other tantalizing pieces (including the curious origin of the infamous Che Guevara image) that earns this doc favour.

Given it’s brisk 92 minute runtime, you’d think Weinstein could have found the time to be just a tad more critical of the current mainstream media establishment on the subject of fake news. He has no problem (rightly) attributing the term to the Trump presidency, but curiously lets the sliding editorial standards of major papers and networks off the hook. Where’s the criticism of clickbait headlines? The empty blatherings of ill-informed editorialists? The questionable ethics of the 24 hour news cycle? Events like the mass smearing of the Covington Kids or the Jussie Smollett hoax have shown that mainstream media has failed the public in recent years, making David Walkmsley’s words hard to swallow without a grain of salt. It’s quite frankly irresponsible of Weinstein to leave this out.

Glaring omissions aside, Weinstein has crafted a decent primer for the subject that will hopefully spur it’s audience to not only dig deeper, but question the speech and images they are fed on a daily basis. In this fast moving world, we swiftly consume info and can act on it just as quickly. Given that these actions can have devastating consequences, a healthy skepticism could go a long way, and that’s no fake news.