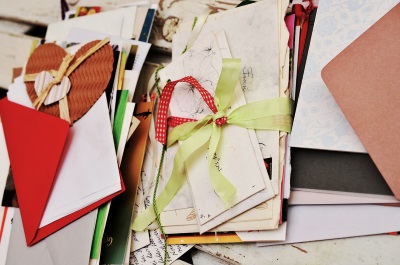 This is a 1985  drama from Patricia Rozema (I’ve Heard the Mermaids Singing) about a young woman named Anna Vogel describing a love letter.

It all starts when Anna reads the letter in the bathtub. The next day, while she’s booking her schedule, she’s also attending to her job where she’s a film director. The Assistant Director seems concerned that she doesn’t care about the movie she’s working though as she’s more concerned about her other schedule.

As Anna continues going from one place to another trying to balance work and her love life, she narrates her feelings. At one point, when Anna goes to her film editor to work out post-production, her lover calls her up and things start to get out of control.

The scene changes to show Anna is now living independently, cooking dinner for herself. She then shows the viewer her documentary has won an award. Anna then explains things changed that night. The scene cuts to Anna going out to spend an evening at a party and meet her man, but he is unable to make it. She calls him to confirm this, and after the call spends the night alone in the crowd, drinking too much and even changing the music playing at the party. She snaps after a while and decides to leave, lingering through cold snowy wind.

Anna narrates she has a challenging interesting life, and she couldn’t be any lonelier if she died. She goes to the top of her building and rants her plans for glory to the world, and declares she doesn’t care for love. Later on, Anna, feeling more miserable than ever, starts talking to her filmmaking trophy, falling in love with it. She starts to dance with the trophy but then breaks down. We then cuts back to Anna today explaining what she has learned and what she can finally say to her long lost love.