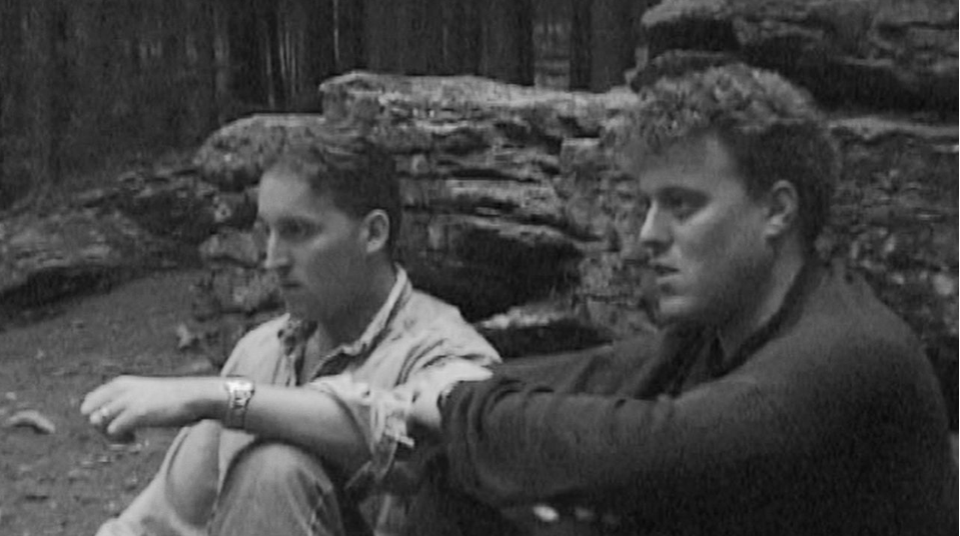 One of the larger Canadian cultural touchstones I’ve missed out on is the wildly successful Trailer Park Boys franchise. With twelve seasons of television, four movies and countless specials to its name, this fast and loose mockumentary focussing on the misadventures of a tightly-knit group of trailer park residents as they commit petty crimes won fans on both sides of the 49th parallel. It eventually migrated from humble beginnings on the Showtime Cable channel to worldwide recognition on Netflix where its following has only grown. While I may someday wade into this massive pile of pulp culture that awaits my viewing (I still haven’t seen Game of Thrones either!), I did happen to notice a curious item on Netflix. A 30 minute short film written and directed by Trailer Park creator Mike Clattenburg and featuring show stars Rob Wells and John Paul Tremblay, One Last Shot.

Aimless slacker Rob (Wells) has finally found some direction in his life and has decided to pull up stakes from his Halifax hometown and head west to Vancouver to start a business. He plans to ask his best friend Gary “G.W” William (Tremblay) to drop everything and accompany him. But his venture turns out to be that of a weed dealer (it”s a very demand product” he chortles) and his college-bound pal is understandably skeptical of entering the (then) illegal Marijuana trade. Convincing G.W to knock off work and spend one last night of partying with him, Rob looks for every opportunity to make his case, but fate and circumstance in the forms of scarce weed and G.W’s oddball boss Mr. Layhie (John Dunsworth) continually conspire to foil his best-laid plans and may force him to start a new life out west alone.

This monochrome short positively exudes fresh-faced filmmaking with un-refined performances and over-used voiceover narration from Rob that really shouldn’t be seen outside a film school classroom. That being said, Clattenburg and co manage to weave a fast-moving, satisfying yarn about outgrowing your surroundings and the strengths and weaknesses of lifelong friendships. There’s a raw honesty found within indie scripts like these that are often rung out of higher budget efforts that I can appreciate. I obviously can’t compare against their later TPB work, but Wells and Tremblay fare well here, drawing well-defined and likeable (if not occasionally wooden) characters. TV veteran Dunsworth nails his role as the misanthropic Mr. Layhie lending bite to his supporting part.

Shot in 1998 but ostensibly not released to the public until 2017 on the TPB cast-owned Swearnet site, One Last Shot is an intriguing time capsule for both fans of the show who can eat up some of the creator’s earliest content and for those longing for an indie filmmaking era since vanished by YouTube and ubiquitous digital filmmaking. It’s a rough, yet solid piece of unassuming old-school indie filmmaking. And at a bite-sized 30 minutes, it’s the sort of content that services like Netflix should program more often.

One Last Shot is currently available to stream on Canadian Netflix