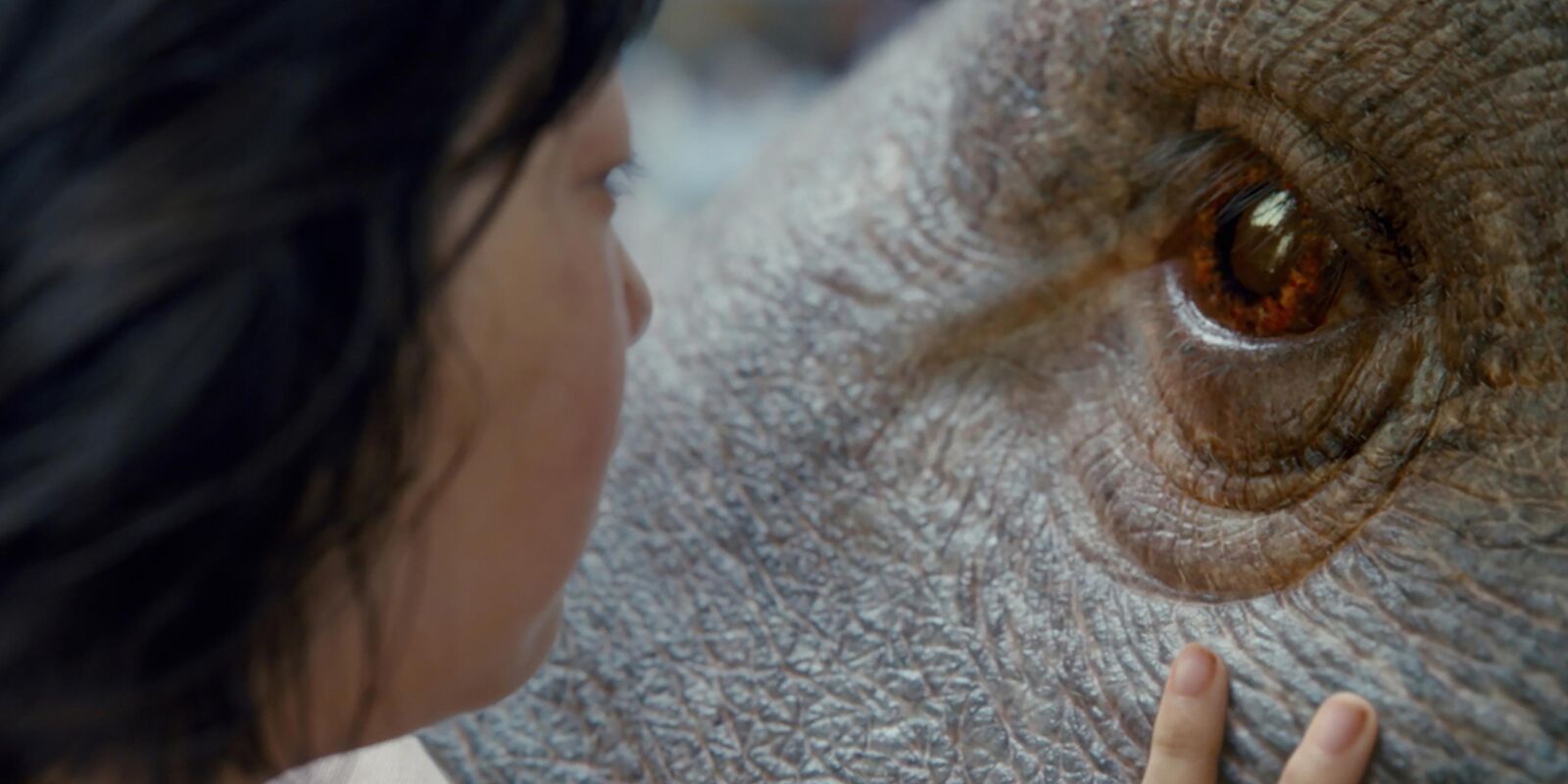 There are new types of pigs that are bred, and they all look more like hippo elephant hybrids than they do pigs. And one of them belongs to a farmer where it is raised living alongside a little girl named Mija (Seo-Hyun Ahn). Mija lives her whole life with the super pig Okja, until one day Dr. Johnny (Jake Gyllenhaal), the spokesperson of Okja’s company comes to take the friendly beast away for reasons of slaughter. Mija still wants to keep Okja and travels after her friend in a wild chase befriending a crew of advocates from the Animal Liberation Front. Sadly, Okja sees herself shipped into the States where she is victim of several lab experiments. Mija eventually makes it out to the US herself in hopes she will reunite with her long lost friend.

This was such an incredible film to watch. The characters are really well developed, the story is incredibly intense, and the effects are so well-detailed. I can imagine it must be hard to animate a creature that large and mobile. There’s just so much that’s put into this film. It’s a combination of funny and disturbing as far as visuals go. It pretty much delivers the message of standing against animal cruelty as well as why all meat products aren’t exactly the best to eat given certain methods of getting them. Amazing what some lengths people will go to reunite with an animal. Though after seeing Okja’s excessive damage, I’m glad nobody has learned to breed such a creature yet.