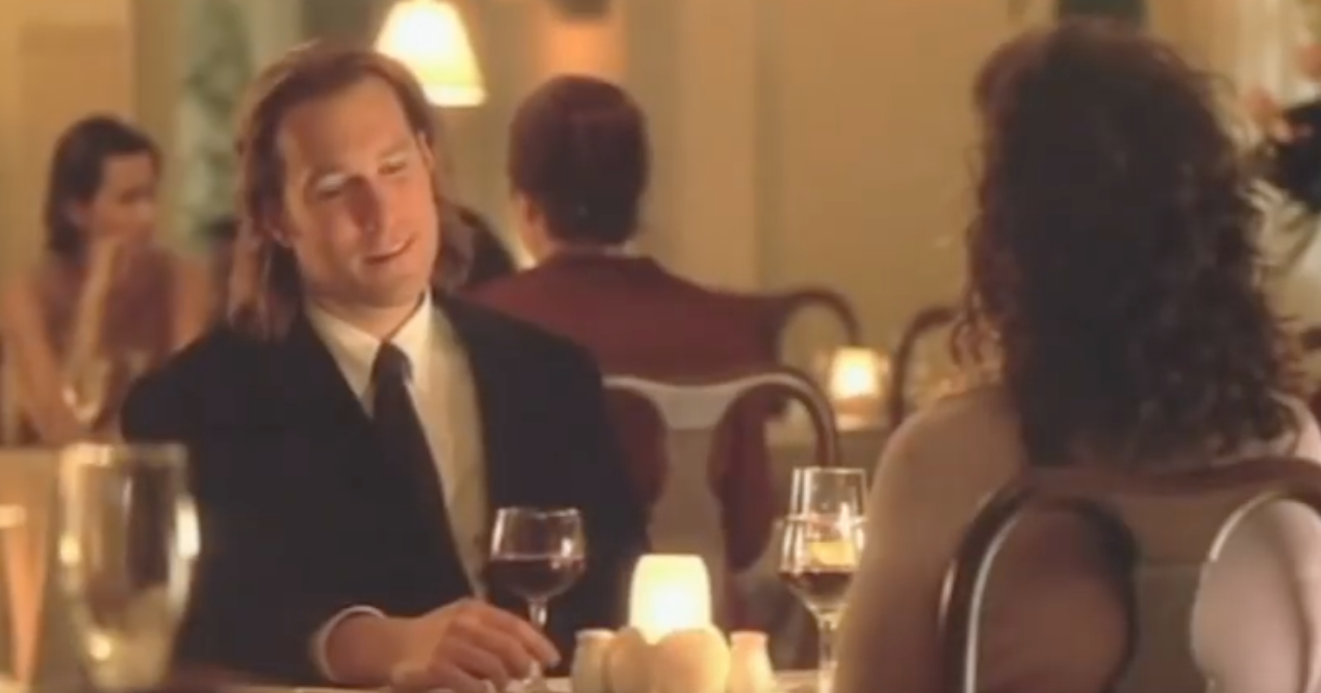 There is always that one film (but it is never really just that one film) that seemingly everyone has seen, except you, and upon discovering this your best friend nearly chokes on their bubble-gum. The irony of my own situation had not escaped me, as I had admittedly been avoiding 2002’s My Big Fat Greek Wedding for its own status as ‘bubble-gum cinema.’ While finally seeing the film has not changed my mind in that regard, I must admit that it possesses an undeniable charm, with likeable characters and a snappy screenplay by Nia Vardalos to boot.

Shot in the city of Toronto, Winnipeg native Vardalos plays Toula Portokalos, a single 30-year-old hostess working at a restaurant run her staunchly traditional parents. Due to their strong Greek roots, Toula’s parents long for her to marry a man with a similar background, though Toula wants more from life. Thus, with a little help from her mother Maria (Lainie Kazan), Toula begins pursuing a career and independent life outside of the restaurant, to the initial dismay of her overprotective, albeit loving father Gus (Michael Constantine). Toula’s newfound confidence eventually catches the eye of local schoolteacher Ian Miller (John Corbett), who begins dating Toula and of course proposes to her, consequently leading to comical tensions with Toula’s family and the non-Greek Ian in the buildup to the wedding.

As my synopsis above surely highlights, a lot happens before there is even so much as an engagement thrown into the narrative mix, which creates a slight identity crisis for the film in the buildup to the eponymous wedding. In the first act, the film’s acute cultural awareness, paired with its well-timed punchlines, hints at a subversive feature granting comically exaggerated insight into Greek culture (Windex, anyone?), but instead veers into dangerously familiar, predictable territory as the wedding nears…which, to be fair, is probably one of the reasons the film was such a hit.

It might seem unfair to focus on the negatives of what I ultimately found to be a well-intentioned and sweet romantic comedy film, but I simply cannot ignore the fact that the film seemingly strives to transcend the genre with a strong injection of alternative culture, when a film like Moonstruck did the same thing 15 years before, but with considerably more flare and originality.

What much of the contemporary criticism focused on is the ostensibly soapy tone of the film, though I would beg to differ in this regard. I admit that in bringing Vardalos’ screenplay to life, many directors would have succumbed to the more melodramatic elements present, but thanks to strong performances from the cast and a firm hand in direction by Joel Zwick, the film maneuvers many of the usual pitfalls found in many romantic comedy screenplays written for mainstream consumption.

These aspects of the film, along with its perceptive writing and consistent cultural core, are the key ingredients in making My Big Fat Greek Wedding’s relatively fresh approach to romantic comedies an enjoyable experience overall. The film certainly loses some of its bite as it shifts from a genre piece with something to say, to a by-the-numbers affair in its latter half, but I also cannot deny that, like How to Lose a Guy in 10 Days, the numbers here are still better executed than most other typical romantic comedies of the 21st century.