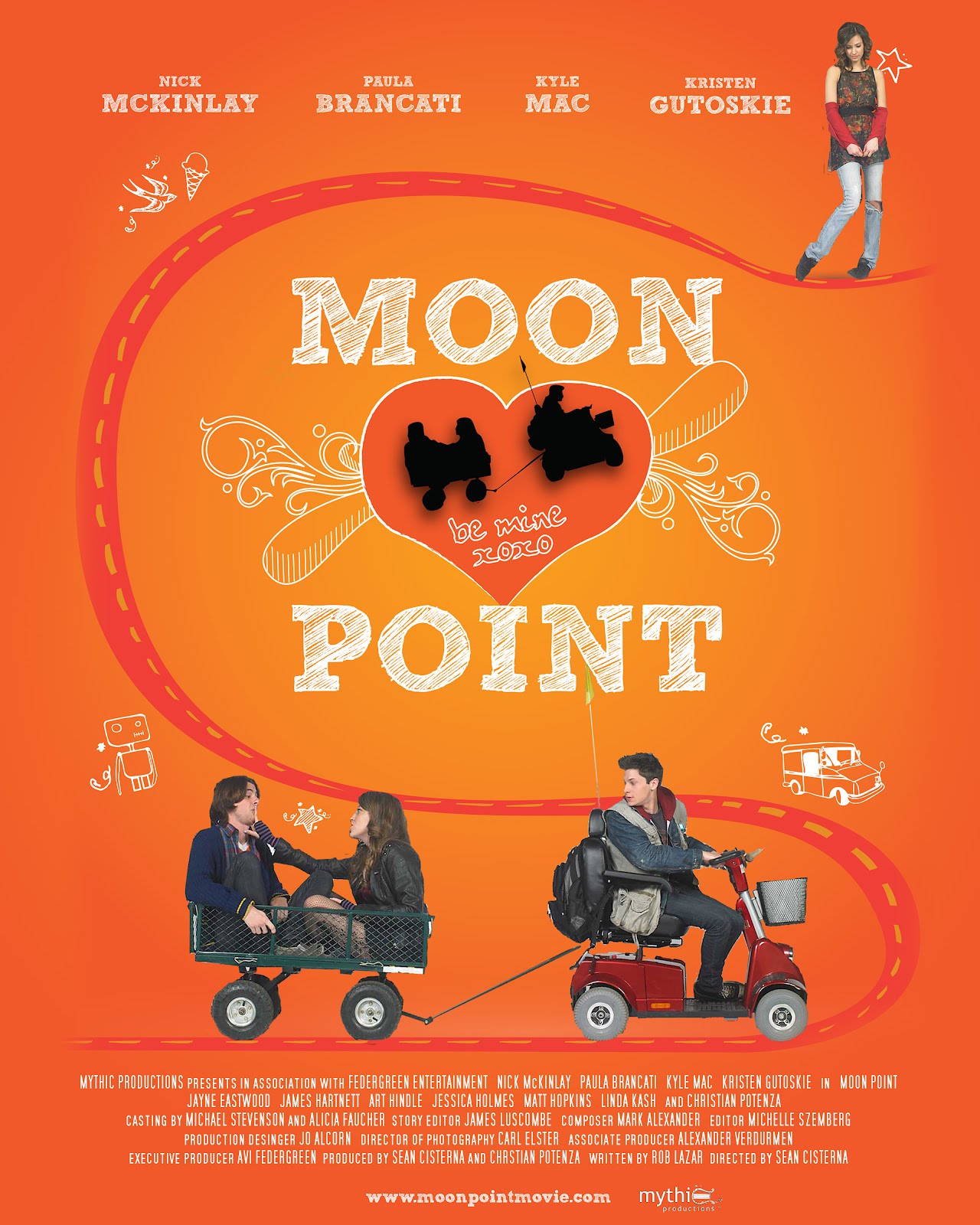 Fly me to the Moon… Point! No I really didn’t say that after watching this. Mainly because the uber cheesiness of this typical-style of Canadian indie feature was well, in need of a little more work The film is an interesting tale of the young 20-something year old named Darryl (Nick McKinlay) who is never taken seriously. Mainly he still lives with his mother (Novie Edwards) because he no longer has any goals in life he wants to achieve. If he ever had them, because it seems like everyone in the first few minutes of this film is asking why he doesn’t have a girlfriend or a job for that matter. After all, Darryl’s cousin Lars (James Hartnett) is getting married, and he’s doing a lot better than Darryl. Even when Darryl goes to meet his close personal friend nicknamed ‘Femur’ (Kyle Mac) he notices his own best bud is taking advantage of free university course demos and planning for a future. So, later on while Darryl and Femur deliver newspapers with Femur’s new hybrid electric wheelchair/scooter, the two hang out a laundromat and play ping pong with the small counter. Femur finally gives some sound advice telling Darryl to get a respectful job and not try out for something like ‘Pirate School’ or possibly anything my brother wanted to do for half a day. And it just so happens that the news that night brings up the story of an actress named Sarah Cherry (Kristen Gutoskie) who is now acting for a living and asking people to come help as extras over in Moon Point while she’s live on TV. Even more interesting is how she was Darryl’s school crush. So how is Darryl supposed to get all the way out there when he can’t drive or find anyone who can? By having Femur drive his wheelchair out to Moon Point on a long adventure.

Joining them on the ride is a woman named Kristin (Paula Brancati) who’s getting away from her ex-boyfriend and their adventure consists of a psychotic innkeeper, an AA meeting with food costumes, camping out in a public bathroom, and late night alcohol shenanigans. And that’s the majority of the film. The story about the trip with many obstacles, especially both personal and outrageous obstacles, has been done before. The jokes are over the top in silliness to the point where anyone would laugh at things that aren’t necessarily funny but just dumb. The main characters don’t do much in the way of adventure especially seeing how Darryl comes off as more awkward as I do. Even the minor characters don’t get more than a few minutes screen time each. But that doesn’t mean this movie is crap. No, there’s much more to it. The love story in particular is creative, even if love stories aren’t exactly my thing. (makes my current relationship look like an inconsistent sitcom/soap opera) The ending is touching, and Darryl showing his dedication to get to his true love is outstanding. There are some errors here and there, but the film is okay and worth a watch.