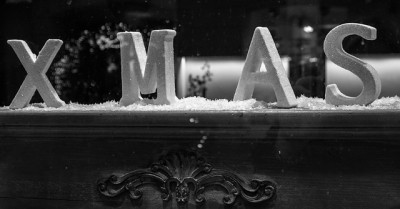 As this is my first Christmas in Canada (and I’m a sucker for the holidays), it seemed only right to watch a classic Canadian Christmas film that would instil a sense of seasonal cheer. I had encountered Claude Jutra’s 1971 film Mon Oncle Antoine on a number of lists for the greatest Canadian films of all time, so I decided to save it for this holiday.

Chasing the festive high that comes with your typical Christmas film, I naively expected Mon Oncle Antoine to be the Canadian Miracle on 34th Street. Instead, I was surprised to find that Jutra’s film is in fact a complex analysis of rural Canadian life that is simply based at Christmas time. I would even go so far as to say it has more in common with Robert Altman’s Nashville than it does with any Christmas film I have seen before.

The film’s setting alone hints at the film’s greater social commentary, as Jutra uses several deliberate zooming shots of the town’s two institutions: the church and the asbestos mining industry.

The primary story, one that is reflective of the church, is of the young Benoit and his uncle Antoine, the town’s undertaker who also runs a general store with his wife, his piggish assistant Fernand, and Carmen, whom Antoine and his wife have adopted. Each year, the unveiling of their Christmas window decorations is a community event, followed by shopping, drinking and laughter.

The secondary plot, which stands as a critique of industry and its effects on rural communities, depicts the death of a young teenager in a local family, requiring Benoit and Antoine to brave a snowstorm to collect the body.

While Jutra playfully mocks the church (Benoit is something of an unruly altar boy), and scathingly chastises abusive industrial practises, I find that it is the dramatic little details Jutra handles best, transcending similar films that might have a lot to say thematically, but ultimately lacks the understanding Jutra has for his characters.

Accompanied by numerous long takes and virtuosic shots, Jutra skilfully depicts these minute details of character interaction, which reveal a great deal of insight without anyone having uttered a word. In fact, the director heavily relies on these subtle interactions in order to foreshadow plot developments that come to the fore in the film’s third act, delivering heavy drama that is uncharacteristic for your typical Christmas film.

Yet, I carried the events of this film with me for a time after having seeing it. It is astounding what Jutra achieved with such reserved direction, as he treats his audience like perceptive individuals, instead of mindless automatons who needs to be told how to feel. That is something which is not seen enough in the cinema of today.