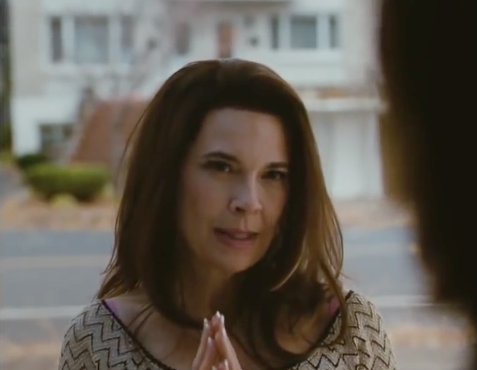 The relationship between a mother and son is a recurring theme in each of Xavier Dolan’s film. While it may be fleeting in Heartbeats, or part of the greater whole like in Laurence Anyways, it certainly took centre stage in his debut, I Killed My Mother.  The same can be said of his aptly named 2014 film Mommy, which shares some notable similarities with his debut, feeling almost like a spiritual successor. However, this is an older, matured Dolan, whose approach to this subject is more nuanced, while maintaining a much tighter grasp on his filmmaking skills to deliver another emotionally complex work.

The film is set in a fictional Canada with a slightly altered political landscape, where the leading government introduces a law called S-18, which states that “the parent of a child with behaviour problems has, in a situation with financial distress, physical and/or psychological danger, the moral and legal right to put his child in the care of any public hospital, without due process of law.” With this as a backdrop for the film, we are then introduced to Diane (Anne Dorval), who is trying to keep things together as she cares for her sometimes volatile son (Antoine Olivier Pilon), along with the help of their new friend Kyla (Suzanne Clément), who has a damaged past of her own.

The film’s immediate standout feature is its 1:1 aspect ratio, which would normally be considered a constrictive creative choice for Dolan’s type of filmmaking, since he has a fondness for occasionally wide and intricate angles. The result, however, is a more intimately shot film, as Dolan clearly considered the ratio very carefully when shooting each of the scenes. And it is certainly no gimmick as some critics would claim, owing to the way in which Dolan justifies its use. To help make my point, take Schindler’s List as an example. Now, before you jump off your seat, let me say that I am by no means comparing Mommy to Schindler’s List whatsoever, just bear with me.

The Spielberg classic was shot in black and white, save for one instance of colour that resoundingly punctuates the colour palette for maximum emotional affect. There was pure artistic purpose behind these chromatic choices, and film scholars still reference the famous technique to this day. Dolan’s use of a 1:1 aspect ratio earns its keep by widening (and after a period, narrowing back again) at only two dramatically pivotal moments, literally sending shivers down my spine at both instances. It would only be a gimmick if it was done to death. There was a moment, though, where I briefly questioned Dolan’s use of aspect ratio, before I began to appreciate the bigger picture.

Near the film’s conclusion, when it is made clear that Diane is in fact committing Steve, in accordance with the fictional law S-18, I did feel an initial sense of betrayal by not just Diane (and to a degree Kyla), but also by Dolan himself. A number of emotions had been stirred within me all at once, initially feeling manipulated by his preceding montage of an ideal future (to a briefly widened aspect ratio, as I have mentioned). As I emotionally regrouped, I quickly realised that this was exactly Dolan’s intention, especially given that he is an intensely intimate director, dispensing vicariously believable human experiences throughout each of his films (which is why I am usually critical of the more stylistic indulgences that hurt these experiences).

I began to see things from Diane’s point-of-view, finding myself empathising with her situation, but still disagreeing with her actions. It is not often I feel such a whirlwind of conflicting emotions in cinema, and even in I Killed My Mother I felt the rights and wrongs were generally more one-sided than Dolan would have led me to believe, which is a mark of growth for him as a storyteller.

And that is essentially what Mommy is: Xavier Dolan’s most accomplished feat of storytelling yet, as well as his most well-rounded film…even if it is not the lean masterpiece I hope to one day see from the director. He does not always get the pacing right (an issue with a number of his films), but a seemingly minor decision, like depicting Kyla’s loss of her son through personal ticks and fleeting images instead of conversational exposition, adds depth to the story and its characters without ever suffocating it. On that note, it must also be said that the performances from the leads are importantly spot-on and exceedingly complementary. The ever-talented Dorval chews scenery with the equally talented Clément (who are both alumni of previous Dolan films), while the young Pilon holds his own, switching from likeably charismatic and playful, to frightfully intense in a matter of moments.

Next week I will be reviewing Dolan’s latest film, It’s Only the End of the World, rounding off my series of review with overall personal opinions on the director, while I noting what I would like to see from him in the future.