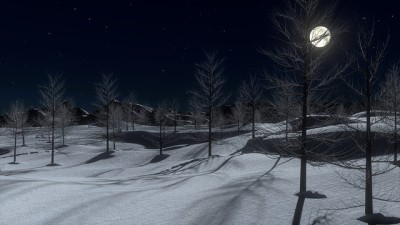 Six Snowboarders, One Hill, Many Obstacles and Dangers. This little documentary tells the slight story about these young teenagers and their winter wonderland adventures. More like deadly risky dares. Sophie Dupuis takes her camera crew to follow the adventures of John, Phil, Val, Coco, Sebass, and Laurence

And the adventures are basically just stunts and youth and stunts and youth. Not a whole lot to say except that the whole thing’s chocked full of extreme tricks, flying snow, and French slang. Yes, this is a French Canadian film, by guess who.

Add in some hanging out in the school lunchroom, the high school, and an abandoned basement where they smash things, watch tv in a living room. Typical youth! Actually, it’s not as much snowboarding as it is about these six teenagers and their life. There’s not a whole lot to say, because it’s a super short documentary. The camera is all over the place (for effect I presume) making it especially awkward to watch. I”m not a big fan of guerrilla style shooting. The subjects are basic and predictable making nothing too interesting to me when it reminds me of a high school I’m glad I was never enrolled in. If this documentary is about six young snowboarders, shouldn’t more than half the movie show a little more snowboarding going on? Or maybe that wouldn’t be any better. Oh, well. It has some interesting content and isn’t bad, some of it watchable. Almost. Admittedly, things rush to the extreme (not snowboarding but in attitude) around the middle part and I”m instantly reminded of something that just happened yesterday. And how does it end? Weirdly. Typical French Canadian Content. But there’s really nothing for me to say. And people wonder why I don’t cover documentaries often?

Actually, I don’t think it even was a real documentary. Seems like this was clearly scripted.