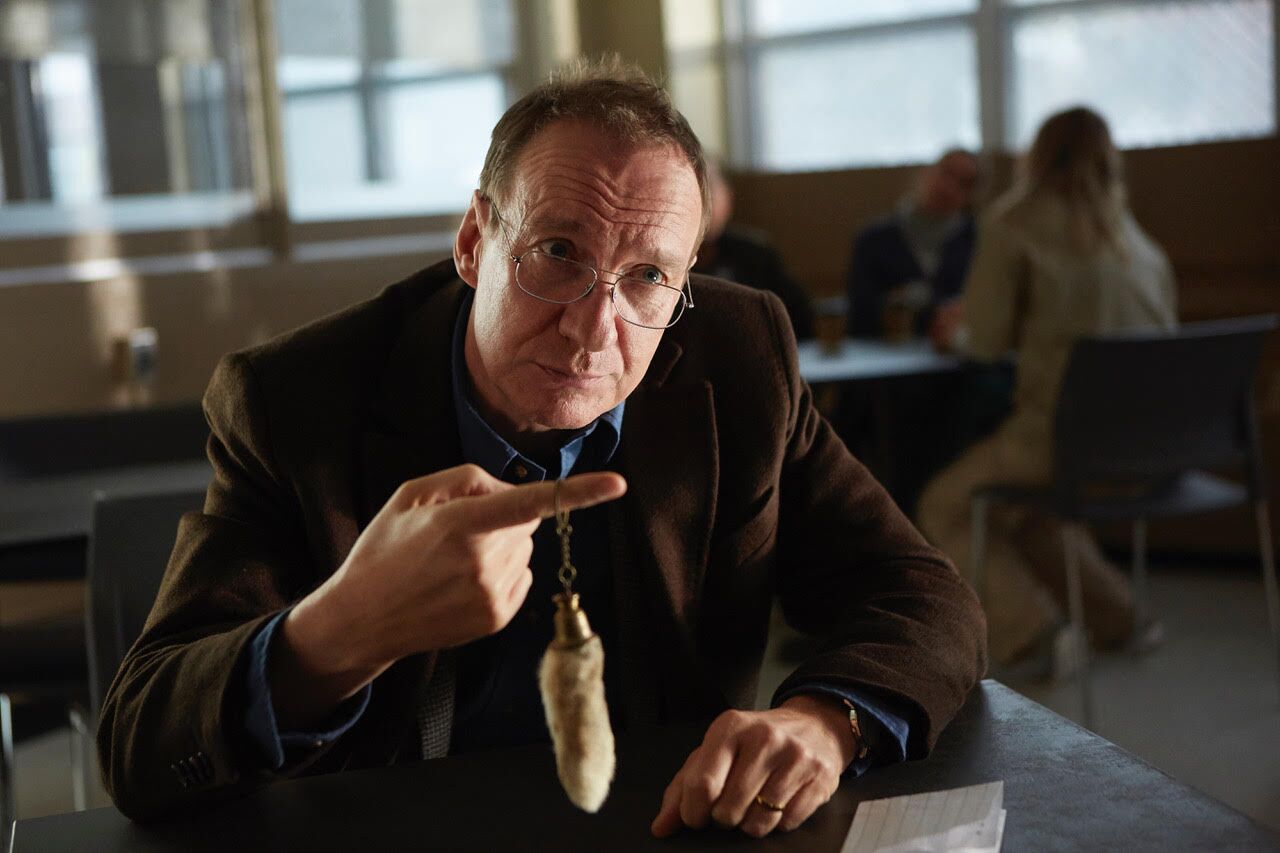 As of tonight, VIFF is officially opening. Chances are, you probably already know that and are heading out to the opening Gala tonight. Or maybe not. But Guest of Honour is a great start to VIFF being directed by Canadian director Atom Egoyan and covering an interesting topic with other topics within. The story of a health inspector, which I’m pretty sure I’ve only seen in documentaries and foodie channels on Youtube. Normally, nobody would think of doing a story on that, because everybody pretty much knows that all health inspectors do is taste food, look about the establishment, take notes and then give a final grade. All I’ve ever really known for years is how restaurant owners are afraid of these guys.

The film begins when Father Greg (Luke Wilson), a priest is approached by a lady named Veronica Davis (Laysla De Oliveira) who would like for Father Greg to host a memorial service for her deceased father despite him having no religious background. Since he knows nothing about her father, Veronica goes into great detail on who her dad was. Her father Jim Davis (David Thewlis) wasn’t a cartoonist despite the name, but instead a health inspector or as he called himself, a food inspector who went to different restaurants and did very thorough checks for health code violations. But that’s not all he did, he was also a former restaurant owner himself, thus describing some of his serious inspecting background. He and his daughter took care of a long living rabbit by the name of Benjamin. Most of his free time was spent watching old videos he recorded in the past. Speaking of the past, Jim wasn’t the most efficient man in his line of business, but then neither was Veronica. Veronica’s background is that she’s become a band conductor for high school students. While she tried to keep a professional manner as a teacher, somehow her bus driver Mike (Rossif Sutherland) found out she was flirting with one of her students. She gets incarcerated for a period of time and this takes its toll on Jim’s life as he tries to stay focused but can’t help but think there’s more to the story as he goes to inspect the restaurant where the student Clive (Alexandre Bourgeois) works. Clive is able to reveal some more of the real evidence behind the hoax. Further investigating, Jim also discovers Veronica is filled with guilt as she reveals what happened to her first lover Walter (Gage Munroe) who she knew since they were little. Eventually, Jim’s mannerisms take a turn for the worse and after drinking too much wine at a restaurant, he goes full insanity mode and says some of the craziest things I usually only hear among obsessive fans in certain fandom communities (Chill out, GOT guys).

To conclude, Guest of Honour is a great blend of many twisted stories stirred vigorously into an appetizing delight. The story reveals not all good people are truly good within, there’s always a little bit of vile within them. Not only do you learn a little bit about safe food preparation, but a lot about personality deception. The ending especially gets really emotional. Aside from the story, the characters are portrayed extremely well showing more than one side which seemingly pops out of nowhere when least expected. There isn’t much in the way of colour, but the simplicity of colours does blend pretty well even if it looks kind of muted. A lot of people can definitely relate to loss of a loved one, but maybe not all of the incidents that cause all kinds of twisted turns in this movie. It’s a well made movie that has me excited for what else could be at VIFF this year.

Guest of Honour will be premiering at the Centre for The Performing Arts tonight at 7:00 pm, and September 30 at 6:00 pm.