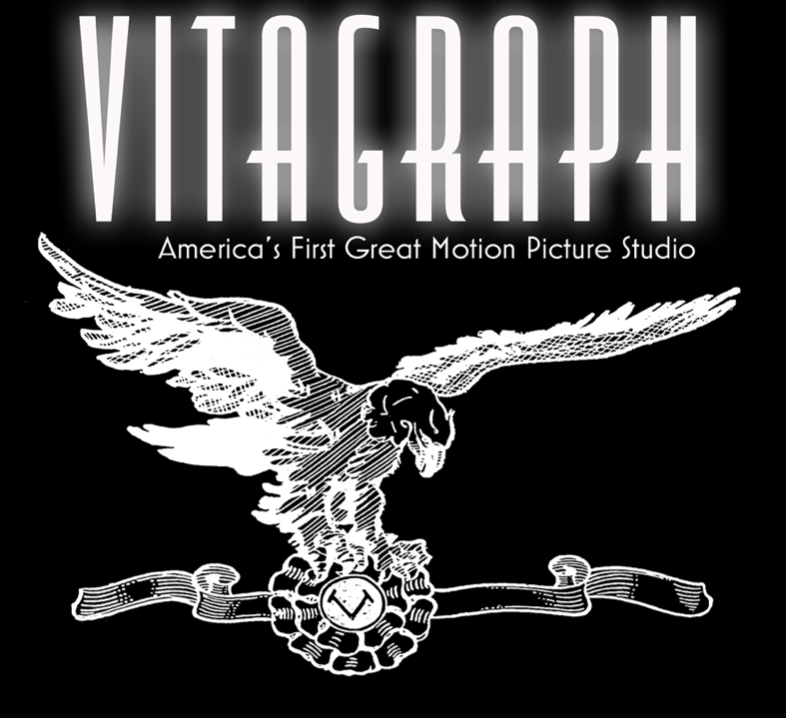 It has been estimated that around 75% of all American silent movies have been lost to history, and that’s just the feature films. The reasons range from studio apathy where some films were literally destroyed to free up vault space to unstable nitrate that would spontaneously combust when not stored properly. Such a loss not only results a dearth in content from one of the most productive filmmaking periods ever, but produces gaps in the historical record as well. Even students of film history struggle to name the plethora of film studios that existed prior to the legacy names like MGM, Warner Brothers, Paramount and Twentieth Century Fox which were largely established post-WWI, long after cinema had established itself as the prime art form of the 20th century and beyond. It was a welcome surprise then to have author Andrew A. Erish dust off the film cans and fill in a gaping hole in film history with his well-researched volume Vitagraph: America’s First Great Motion Picture Studio, which highlights the movie factory who once ruled not only American screens, but those around the world.

Fellow British immigrants J. Stuart Blackton and Albert E. Smith had hoped to make it big in vaudeville with their talents as rapid sketch artist and magician respectively. But when moving pictures came roaring into New York in the mid-1890s, the course of their lives were forever changed. Like any young and hungry entrepreneurs, they saw the simplistic early product, simple one-shots of staged performances or street scenes, and figured they could do much better. Pooling their resources to secure a camera and projector, they launched their venture “Vitagraph” in 1897. “Vita” being Latin for “life” and “graph” meaning picture. In effect, “living picture”. It would prove to be a prophetic monicker.

After finding early success with simple films like Tearing Down the Spanish Flag and The Battle of Santiago Bay, the latter of which featured a then-innovative re-creation of the eponymous battle in Blackton’s bathtub(!), the two filmmakers partnered with experienced exhibitor William T. “Pop” Rock to take their business to the next level. Within a decade, Vitagraph had risen to become one of the most successful motion picture producers in the country through a winning combination of boundary-pushing product where the medium of cinema came of age through innovations like cross-cutting and close-ups, as well as shrewd business savvy which saw them establish a strong presence in overseas markets of Europe, Asia and South America.

The latter would prove especially important as the growth of the company was often stunted by the long arm of the Edison Trust, which essentially forced them and other producers to pay licencing fees to Thomas Edison for patents he either bought or stole. Edison couldn’t touch their profits outside America however and Vitagraph was able to weather a World War, the Influenza epidemic and even the ruthless tactics of newer “independent” studios like Paramount and Universal which left them as the only American film pioneers left standing by the roaring 20s, with rivals like Biograph and even the once-mighty Edison having long since exited screen-left.

Despite a solid record of box-office hits through the 1920s like Black Beauty and Captain Blood produced in both their Brooklyn and Hollywood studios, continuing tactics from rivals like Adolph Zukor of Paramount (who might as well be the Anti-Christ from how this book portrays him) Smith made the decision to sell the entire company, lock, stock and sound stages to the Warner Brothers with the blessing of Blackton and the late Rock’s son Johnnie to the tune of $735,000, nearly $11 million today. All parties eventually retired from the film industry and were largely forgotten by history as the Vitagraph name faded from public view.

With a deft combination of thorough research and page-turning storytelling, Erish makes the Vitagraph story flicker to life over 222 thrilling pages. He succeeds not only in laying out the journey of the Vitagraph boys and their importance in film history, but also in separating fact from layers of tale tales spun by the Blackton and Smith themselves (Smith claimed to have visited South Africa to capture the Boer War for example, but in fact merely bought the American rights to multiple British films on the subject).

The book covers not only the intersecting personal and professional lives of the Vitagraph founders, but also unearths fertile ground on the studio’s vast stable of stars including such names as Alice Joyce, Maurice Costello, Anita Stewart and forgotten comedian John Bunny, who held the silent comedy crown long before Charlie Chaplin assumed the throne.

The only tragedy lies not in the book itself, but in the unfortunate fact that much of the films chronicled here have long since been lost to time under the aforementioned circumstances. Many times I’d find myself reading about a promising title, only to be told by the author that the film in question is either lost, or only available in severely-truncated form. The book is therefore a clear, if subtle call to the importance of continued film preservation.

I once had a social studies teacher in Grade 11 who had the gift for making history come alive despite his deadpan demeanour (or perhaps because of it?). Erish manages the same trick here with his accessible prose and nose for hard facts. The celluloid record of the Vitagraph studio may be tarnished, but the written record is now in good hands. Heartily recommended.