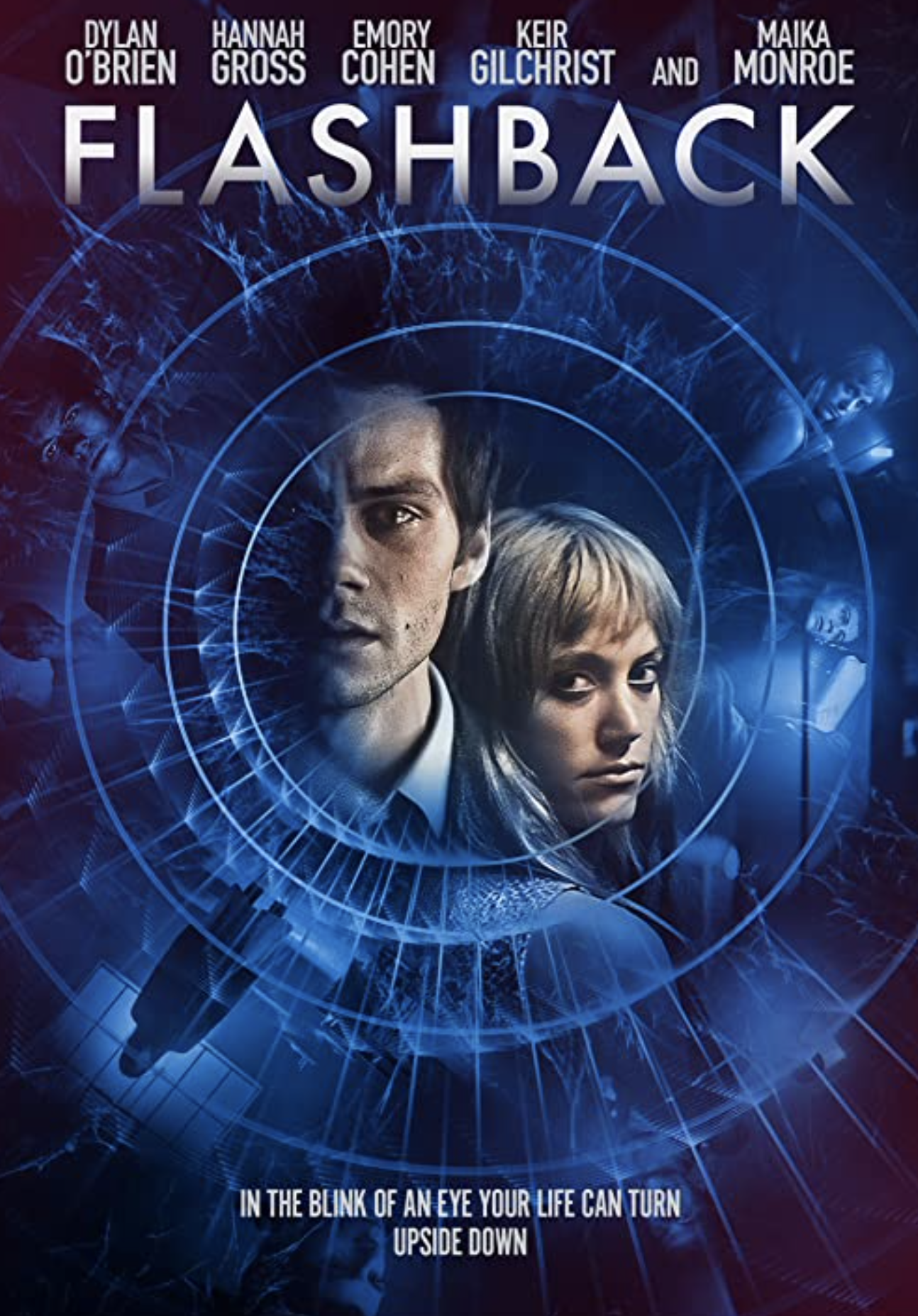 Have you ever had those weird flashbacks which look back on your life during an awkward situation? Do you ever notice how they affect your life in the future? I have them all the time and sometimes I wonder what would’ve happened if I didn’t have an urge to write film reviews. Or a chance to take a film course at Art Institute. Or an interest in the Lego Film Studios series. Or an appetite for craft service while I was in the womb. Okay, I’ve gone far enough, let’s explore this film instead.

Fred (Dylan O’Brien) is a nice easygoing guy. He’s got a lovely wife named Karen (Hannah Gross), a great job at a business that works in AI technology, and a comfortable apartment. But several things are troubling poor Fred. His mother (Liisa Repo-Martell) is in the hospital with little to no chance of recovering, and he can’t keep focused on current matters. He’s trapped in the past. As Fred looks through an old yearbook, he wonders what happened to his 1st crush, Cindy (Maika Monroe), who somehow disappeared off the face of the Earth. At the same time, while looking back on his disturbing memories and personal problems, we also see a mysterious person (Connor Smith) speaking to him in a strange coded manner. It seemed to have all started when Sebastian (Emory Cohen) the school toughie became a friend after helping him conceal mercury from the cops. Later as Fred, Sebastian, Cindy, and their other friend Andre (Keir Gilchrist) take the drug, that’s when things got out of hand. Back in the present day, Fred meets Sebastian at a strip club, and gets the help of Andre as well. Then the three guys went to last known location in an old run-down building that has been occupied by squatters. As Fred unravels the truth, that’s when he remembers what happened to Cindy and things get confusing from there.

It becomes freaky sci-fi and catches you off guard. Plus you really have to pay attention, you never know what is an actual happening or just something that Fred envisioned. Chris MacBride really took a concept and made it so intense it was incredible. It’s a nerve-wracking, heart-stopping, mind-bending experience that you have to see for yourself.