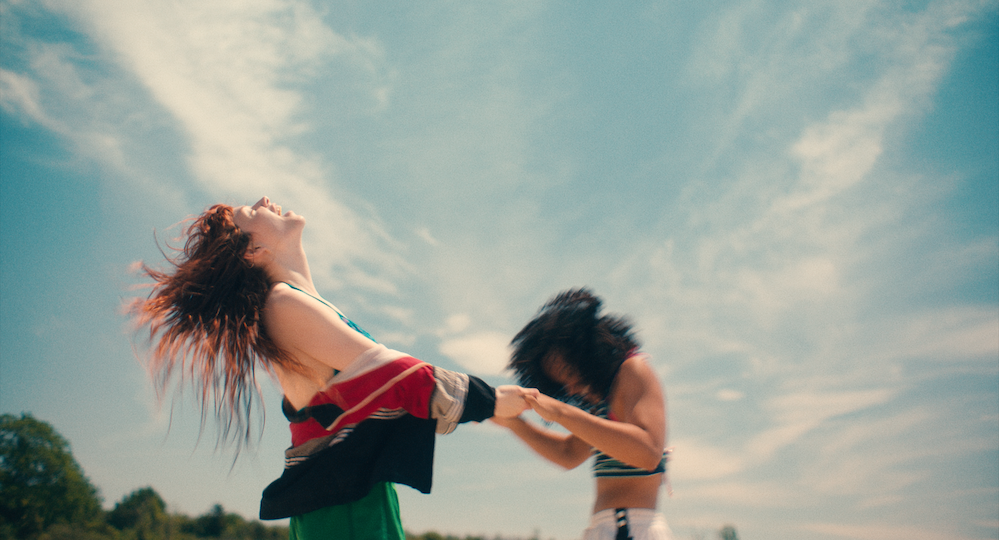 Another coming of age story. Another story where they just want to escape and get away from it all. I feel like I may have seen this before. So for those wondering more about it, the film is about some friends on a road trip to New York. Teenage friends who have just gotten fresh out of high school and they’ve already got a plan after saving money from all the manual labour they’ve done cleaning motel rooms. Lou (Michaela Kurmisky) is sick of her stay at home life dealing with her mother (Tamara LeClair) and working as the cleaning service for a hotel. Chantal (Karena Evans) on the other hand has broken up with her latest boyfriend and feels the need to be somewhere else. Their good friend Josh (Scott Cleland) plans to drive them in a new truck that his Uncle got him. After a long night of partying and doing guys, Lou and Chantal are a little late in their early leave and things don’t get better when Josh keeps supposedly running into issues and is unable to drive them. Not even his friend Kyle (Dylan Mask) is offering any help. Things aren’t getting any better for these two friends who can’t even escape. The rest of their time in the city consists of doing more manual labour and dealing with more personal issues. Lou in particular has a new step-dad named Johnny (David Kingston) who she cannot warm up to, and the two girls are getting more upset and impatient with Josh constantly ignoring them. When they finally confront their so-called friend at a local bar, things don’t get solved whatsoever so Lou exacts revenge on Kyle’s car. After the girls escape down an alleyway, they spend the night having more fun. This fun only costs Lou and her travel plans are pretty much down the pipes now. It only gets worse when the two best friends have an anger-fuelled discussion after what happened and soon they go separate ways. While it seems like Lou’s mother is doing a lot better, Lou isn’t doing much better for herself. That is, until Chantal finally reunites with Lou and it seems like things will be working out after all. One can hope, right?

A common concept among coming of age films, Fireworks is a work that’s on fire. The two protagonists show a friendly bond that shows true friendship with all the twists and turns and doesn’t come off as something forced. The other characters all have quite a mixture of personalities and really help contribute to the whole story. The story itself really takes you through a lot of twists and turns, as you never know what to expect sometimes. There’s not much in way of locations given it’s in a small town like almost every other movie, but the lighting throughout both day and night is professionally mastered. It may not be much to most people but it has an interesting way of showing life as a rowdy teenager and unison of girls who are two best friends without all the smarmy silliness that I usually see among female best friends.

Firecrackers is set to premiere in Toronto and Vancouver on March 29, Calgary, Edmonton, Regina, and Saskatoon on April 5th, and Victoria on April 19th.