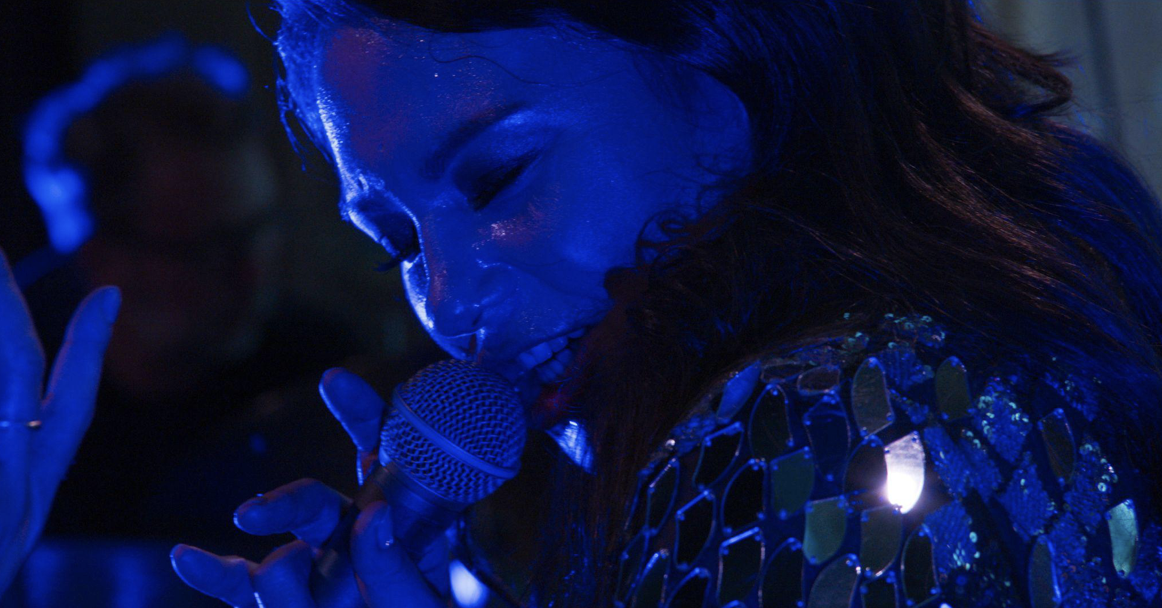 he first time I ever heard throat singing was back in 2017 while visiting my parents in the Nunavut capital of Iqaluit (my father was working for their airport at the time). The city was celebrating Nunavut Day at the time and festivities were in full force during that short burst of northern summer. Two young ladies took to the stage facing each other, each with a microphone. What followed was a startling-yet-ethereal mix of guttural sounds and melodic chants which didn’t seem possible, despite being performed live in front of us.

The beginning to NFB doc Ever Deadly is much like this, only framed in close-up on two Inuit women throat singing out on the tundra for almost five straight minutes. One of them is co-director Tanya Tagaq who is also the documentary’s subject. Honestly though, “documentary” doesn’t really do justice to a work which seeks to defy the boxes of genre and operate on a level closer to pure cinema.

The basic framework is a concert by Tagaq, where backed by a band and choir, she improvises a set of what she calls a “contemporary” form of throat singing and vocalizations (the traditional kind requires two women facing each other as previously mentioned). This is interspersed with sections of her with her two children, taking the crew out to a secluded spot in her territory, reflecting on hunting (and her disdain for Twitter vegans!). These are further joined by more somber, but necessary sections dealing with Inuit relocation by the 1950s Liberal government as well as decades of missing and murdered Indigenous women which has left no First Nation untouched.

That’s the basic outline, but it is eclectically, yet thoughtfully rendered in a startling mosaic of melodic editing, thematic poetry and abstract animation. The effect is one where you feel like you’ve transcended the shell of the subject and thrust into her very soul. It’s a compelling mixture and a far cry from the didactic NFB docs of the past. This being said, the animated sections were so shockingly graphic that this reviewer felt compelled to dock a point. Boundaries were made to be pushed, but sometimes only so far.

The aforementioned category of “pure cinema” is not an easy reel to thread, but Tagaq and McMullan have gifted us with a startling screen work that connects a traditional Inuit art of the past and its evolution towards the future. Recommended.