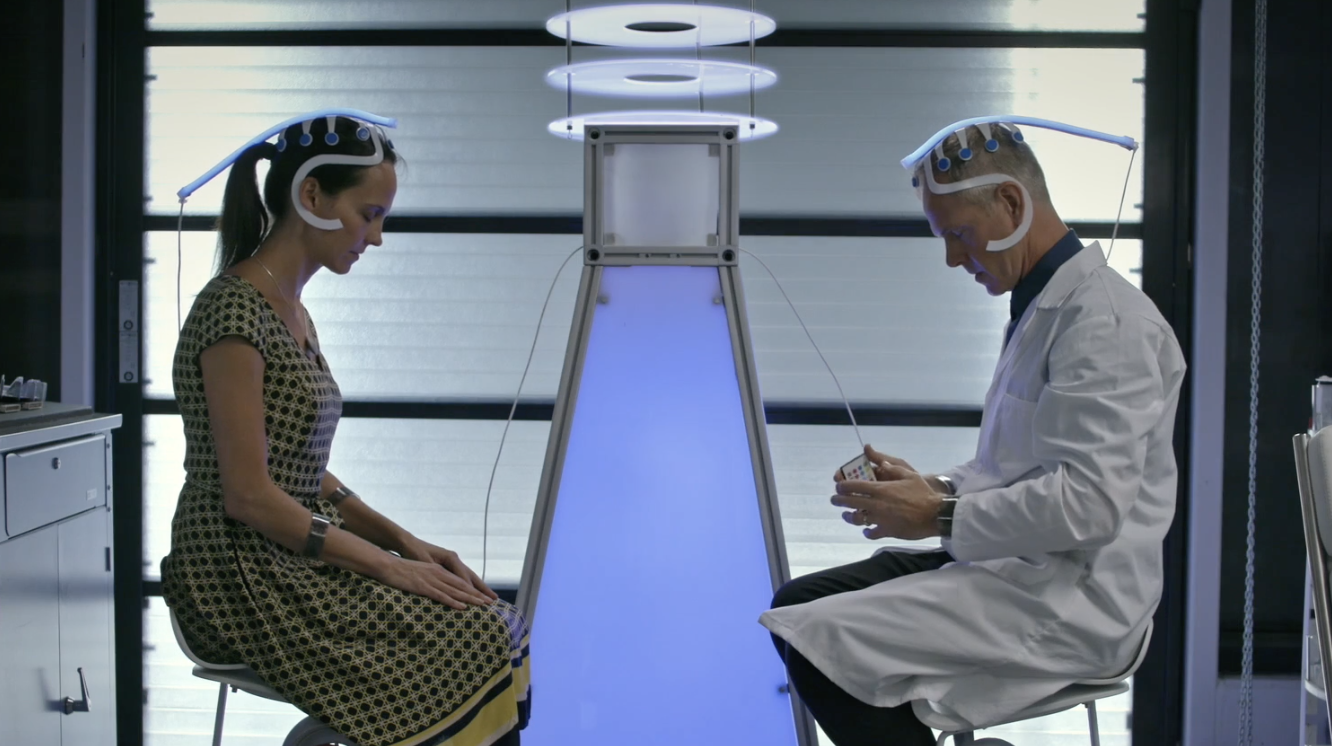 After a big crazy accident, sometimes it leads people into thinking about their lives. Okay, so I’m starting to sound like Darren. But I’ve seen lots of films where someone gets injured. Sometimes it’s no big deal, sometimes they’re already recovering, sometimes they’re thinking about their choices in life or more, or maybe things are taking a turn for the worse. But in this one, it’s all about self-empowerment. Rachel Victoria Drummond (Sarah Murphy Dyson) has not only a long name, but she’s also very skilled in dancing. At least until an incident where she gets hit by an oncoming car. From there we see her in a forest with a basket to pick mushrooms. It just so happens to be somewhere in her mind and the visit is short-lived anyway as we cut back to what appears to be a very interesting setup in a hospital. Her Doctor (Ryan Hollyman) then explains he’s done that with his family for years and that his interesting new technology can make anything possible. But anyhow, Dr. Zimmerman lets Rachel out to get some fresh air and exercise and then Dr Zimmerman reassures Rachel that she will dance again as he even tries to connect with her. Rachel meets up with her student Katka (Taylor Gill) to try and teach her how to do the right moves but it’s not going well at all. When Rachel meets Dr. Zimmerman for another appointment to help her with her state of mental health by taking her back into a fantasy world with the machine known as NICE. At first her dream world is all good until somehow she undresses and Rachel blames it on the doctor who states it must be her desires. Frustrated, Rachel gets ready to leave but not before Dr. Zimmerman gives her a thumb drive of her consciousness. Even more distraught now, Rachel calls off her dancing and watches the files on the thumb stick which starts to make her think. It makes her want to get more involved with the technology by Dr Zimmerman. But how trustworthy can someone be? Or even new technology for that matter?

Technology can be a scary thing, but there’s always a way out. That’s what End of The Rope shows us, and it also shows that we can still manage no matter what life hurtles towards us at times. It’s a short simple but superb story that’s told within this gem. The choreographed dancing in this is graceful and astounding. Even the new setup and locations are incredibly done. This film about a remarkable journey in the mind has already gone on a remarkable journey in the world having won awards at festivals in the United States. Once you get into this movie, your mindset will go into something extraordinary.

To learn more about the short film, check out the official website for it here.