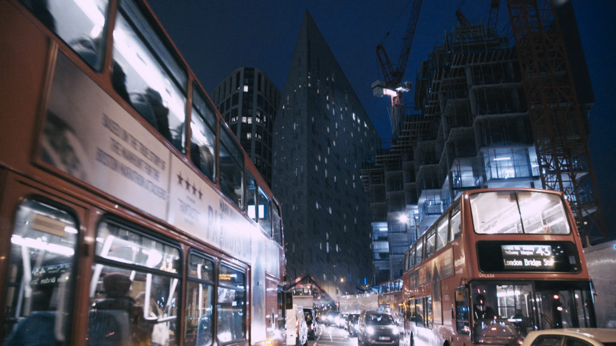 There is perhaps no subject closer to the hearts and minds of Vancouverites than that of unaffordable housing. It practically dominated our municipal election last year with most other issues taking a back seat. As housing costs skyrocket and wages fail to keep pace, the working class is being slowly pushed farther and farther outside the city, depriving them of their chance to grow a family or grow old where they grew up. This phenomenon is not limited to BC’s lower mainland however as Bikes vs. Cars director Fredrik Gertten illustrates in his timely new doc, Push.

Vancouver itself may not feature here, but it’s problems are mirrored in other global cities such as London, New York, Barcelona, Seoul, Toronto and Ottawa where UN Rapporteur on Adequate Housing, Leilani Farha has been studying the widening gap between average incomes and rents. Her work introduces her to the shadow world of private equity firms. Over the last few decades, these companies have discovered that housing is far more valuable as an investment than as a home. By buying up properties in desirable areas en masse, renovating them (usually pushing the original tenants out), flipping for a profit and wash, rinse, repeat.

The conflict of housing as a commodity vs a human right comes into focus as Leilani visits with tenants, advocacy groups and politicians all over the world. From a Harlem man spending nearly 90% of his income for a roof over his head to a brewing rent strike in Toronto to London’s devastating 2017 Grenfell Tower fire which left former tenants with nowhere affordable to live in the rapidly gentrifying Notting Hill neighbourhood, a troubling picture is painted of runaway finance and the poorest who pay the price for a distant investor’s gain.

It is this sordid state of affairs that inspires Leilani and others to start a movement to shift how we think about housing and it’s relationship to cities and the economy. With prominent officials including Barcelona Mayor Ada Colau at her side, Leilani encourages both government and citizens to push back against the status quo and ensure housing as a human right for this and future generations.

Push aims high with its convictions and walks away leaving you galvanized. There’s little more unsettling than losing your home and as more and more dwellings shift away from their original purpose, something eventually has to give.

One interesting irony the film points out is the contradiction between pension funds seeking a high return for their clients through real estate speculation while at the same time driving those same pensioners out onto through the street through exorbitant rent increases or renovictions. It is stories like this that force the audience to examine just where their money is actually going and whom it’s affecting.

Leilani is a superb guide through this journey and helps to give the film clarity and direction whether she’s visiting squatters in vacant London apartments, speaking with experts like Columbia Professor Saskia Sassen or economist Joseph Stiglitz, or vainly attempting to conduct an interview with  the elusive head of private equity firm Blackstone, one of the principal drivers of the crisis.

Director Frank Gertten deftly tackles large scale subject matter while being sure to keep the human element in focus; whether it’s tenants on the edge of eviction or citizens gathered at a local Toronto watering hole, enjoying their sense of community but wondering how long it can last. The balancing of scales is aided by excellent cinematography by DPs Janice D’Alvia and Iris Ng.

One might wish that the film would devote a few extra minutes to potential solutions to this encroaching crisis. Understanding the issues is commendable, but having a clear plan of action is preferable. Affordable housing is a multi-faceted problem as anyone close to the action knows. By acknowledging that unaffordable housing is faced worldwide, we may be able to take sufficient action together to solve it.

Push screens as part of DOXA on Saturday May 4, 12pm at the Vancity Theatre