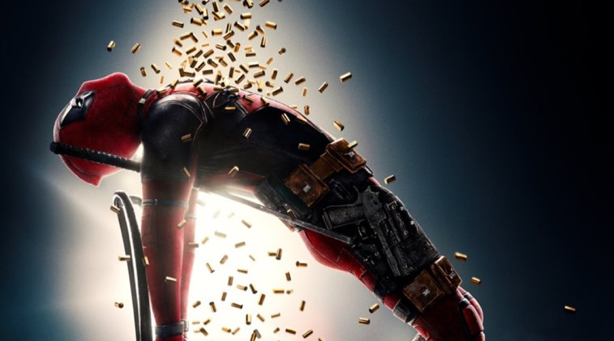 Wade Wilson sure has come a long way since his unfortunate rendering in 2009’s X-Men-Origins: Wolverine. At the time, the legendary “merc with a mouth” was reduced to a mute Frankenstein-esque henchman who was promptly dispatched by Hugh Jackman and left for dead (post-credits coda notwithstanding). Nine years and a hit solo-film later, Ryan Reynolds is back yet again as Marvel’s favourite fourth-wall smasher in the hotly-anticipated Deadpool 2.

This latest entry starts with the titular assassin racking up a sizeable body-count as he slices his way across the globe from Asia to Europe. But when he fails to nail his latest target, his devoted girlfriend Vanessa (Morena Baccarin) is killed in retaliation, leaving our anti-hero with nothing to live for.

With his immortality powers preventing any attempt at suicide, Wade is convinced by old acquaintance Colossus to join the X-Men as a trainee. His first mission with the team sees them face off with a fire-powered adolescent Russel (Julien Dennison) who has gone on the warpath at a local mutant orphanage. Realizing that Russel and the other children have been suffering horrific abuse at the hands of the centre’s bigoted headmaster (Eddie Marsan) and staff, Deadpool promptly attempts to dispatch the offenders with deadly force. Colossus intervenes however and both Deadpool and Russel are sent to a high security mutant prison.

Forming an unlikely friendship behind bars, the pair are suddenly faced with the arrival of  time-travelling mercenary Cable (Josh Brolin) who has his cybernetic eye squarely targeted on young Russel’s destruction. Wade prevents Cable from completing his mission, escaping prison in the process. With Russel still behind bars and Cable planning another attempt, Deadpool finds a renewed purpose in saving his young friend. But he’ll need help in order to defeat this new foe and with the X-Men off his Christmas card list, the motormouth merc must now form his own super-team, derivatively dubbed “X-Force”. Whether or not this not-entirely-super-powered team will achieve their objective before their luck runs out is a story for the third act.

Sequels are always a tricky proposition, especially ones built on the house-of-cards that fan hype can form. But with Ryan Reynolds back in the red suit along with crackerjack writers Rhett Reese and Paul Wernick firmly in the writer’s chairs, Wade Wilson’s (technically) third big screen outing is just what the cineplex ordered. Building on the superb foundation of the first film, Reese & Wernick have given the character an engaging arc that ensures the audience feels for him as well as laugh at his antics. The puns, insults and fourth-wall breakers come fast and furious giving everyone from the casual moviegoer to the hardcore Marvel fan something to spit-take over. But the character remains grounded when necessary, a trick not easy to pull off, but handled with ease by Reynolds in the performance he was born to make.

Of course a star needs a stellar supporting cast behind them and the players of Deadpool 2 deliver. Brolin seems to have tailor-made for Deadpool’s polar-opposite Cable. “So dark, are you sure you’re not from the DC Universe?” quips Wade during the pair’s first battle. Such a character may sorely stick out in a lesser film, but the filmmakers know how to make such a mis-match work to their advantage. Zazie Beetz is a major standout as the ever-lucky Domino who could seemingly win the lottery after breaking a mirror. I hope to see more of her in future entries (c’mon X-Force movie!). The film is also served by a hearty helping of cameos which I won’t spoil here.

David Leitch takes over the reigns as director from Tim Miller for this instalment, and bats his team to a home run. The fun and games are pushed further with countless clever touches like a 007-inspired opening credits set to a Celine Dion ballad and the action is aided by his previous credentials (John Wick,Atomic Blonde) as the staging, stunt work and VFX are first rate. The setting remains generically American, but local Vancouverites will easily spot their hometown given a starring role in several high-octane set pieces. I’m pretty sure I could even spot the theatre where I was watching the movie during one scene!

With superheros busting out of every corner of our screens these days, it’s nice to have an on-screen jester to riff on the often ridiculousness of it all. Having followed superhero films since the first X-Men un-spooled in theatres circa the year 2000, I absolutely revel in the riffing and side-splitting pop culture references dispensed by Ryan Reynolds who is clearly having the time of his career in these films. Kind of makes you glad to be living in 2018 doesn’t it?  And don’t forget to stay for Deadpool’s gift to Canada during the end credits!