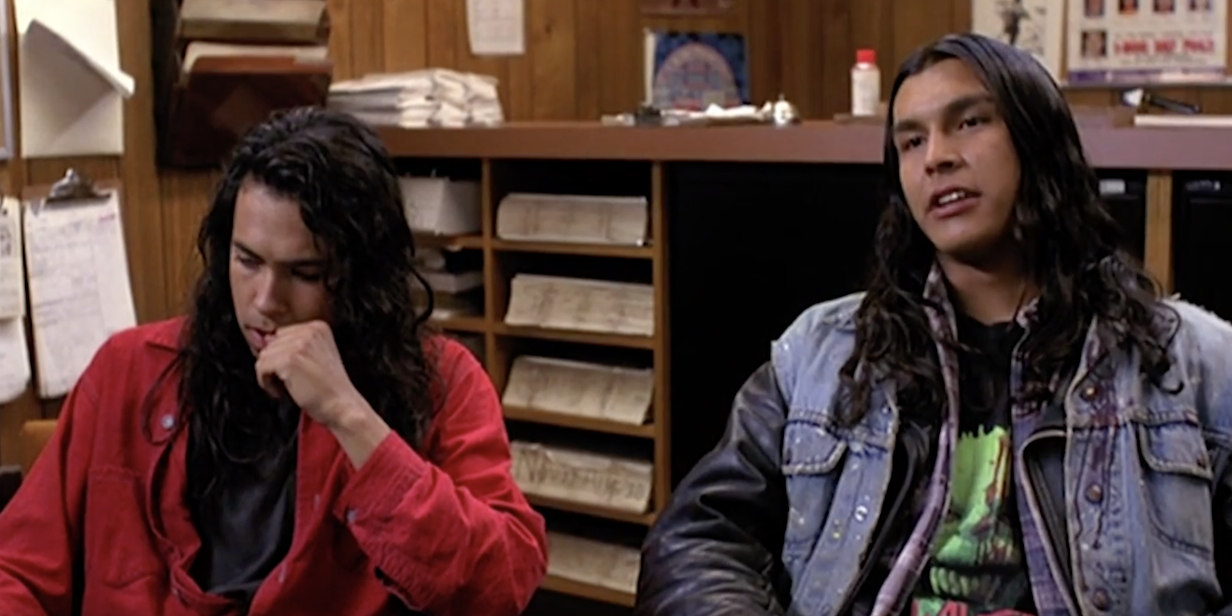 Natives, Cars, and Crimes. It sounds like an exciting movie. It is an exciting movie. Probably not what you’re expecting though. One of the great things about First Nations based movies is there’s not a lot of them, and some of them even go further than just discussing their struggling lifestyle, they also discuss other interesting matters too.

Our movie starts out narrated by the protagonist Silas Crow (Ryan Rajendra Black) who lives in an average Canadian small town where natives live together in a neat little tribe. He and his best friend Frank Fencepost (Adam Beach) have aspirations to get out of the crummy little town and enrol in an auto repair course. But to get in, their entrance application is one of the most interesting ever: They have to write a story. What does it have to with cars? I don’t know, but some creative art courses should definitely use this for an application. However, it seems like there’s barely any worthwhile stories in their little town, at least until some uexpected events happen. When Silas’ sister Lilliana (Lisa Lacroix) and her husband Robert (Kevin Hicks) come for to visit the family, a little bit of excitement riles up the area. Also joining them is their ex-con friend Gooch (Michael Greyeyes). Adventures include the family members wrecking Robert’s car, Silas and his girlfriend Sadie (Jennifer Podemski) hanging out for the evening, and a bar fight breaking out. Chaos only gets worse when a native teenage girl named Little Margaret (Tamara Podemski) dies at the hands of a racist named Clarence (Hugh Dillon) who gets sentenced for manslaughter and spends two years in the slammer. This only infuriates Silas and Frank, who spend more time together holding a grudge against Clarence and all racist white people. But they do warm up to Rob a little when he and Lilliana visit again and he actually gets interested in their customs even joining in. Gooch on the other hand is still upset that Lilliana chose Rob over him, and when Clarence is finally out of jail, Silas, Gooch, Frank, and some of their friends get together with a plan to seek revenge on him. Where does it go? Well, one has to see the outcome.

The ending is something that ends up being both predictable and unpredictable at the same time. Predictable as in you know what’s going to happen to the guys and unpredictable as in you didn’t expect something like this to happen at the time. The characters are very interesting, and put you in a world consisting of native culture, and crazy incidents. The story itself seems to move slow to most, but it actually goes pretty fast as it skips ahead a couple times. It’s a well-fleshed out plot even if it does skip ahead, which is absolutely necessary in helping work to the important parts of the story. Dance Me Outside has been made a while back but it still shines to this day. A great amount of action blended with just enough culture for anyone to enjoy.