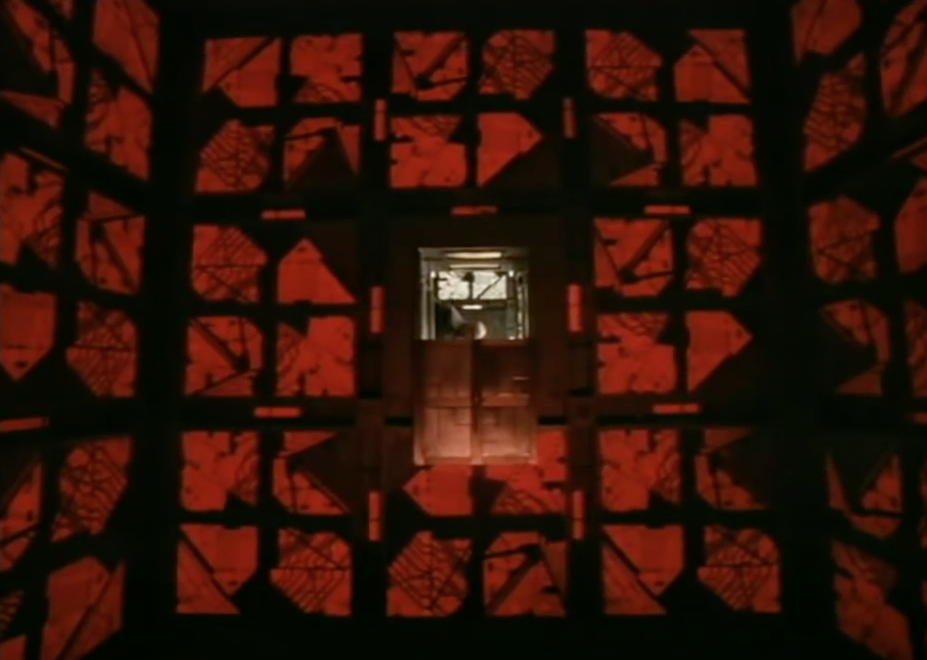 My issue with a lot of horror and thriller films today, is that they tend to be overly predictable, caving easily to genre conventions instead of taking bold risks. As I watched the 1997 film Cube, directed by Vincenzo Natali, I expected to be bombarded by one eye-roll-inducing horror cliché after another. Instead, it proves to be a well-directed, subversive, suspenseful film that is, unfortunately, dragged down by a number of frustratingly uneven elements.

Unquestionably the film’s greatest strength is its clever premise, which places several people in a maze, called the cube, consisting of cube-shaped rooms that may or may not be set with varying deadly traps. The small group must work together to decipher the clues of the cube, not only dictating which of the rooms are rigged to kill them, but also finding their way out.

Now, I know what you’re thinking. Structurally, this sounds like a loose prelude to what would become the Saw series, but credit must be given to director Natali, who shows admirable restraint in his dedication to character development over gratuitous violence and gore. If anything, I felt the director could have milked the premise a little more, but that is only a very minor quibble.

This focus on developing its characters, instead of mindlessly killing them off, made me care all the more about them, leading to some very tightly constructed moments of tension and surprises down the line. However, this also brings me to one of the film’s weaker elements: the acting. One or two actors aside, the performances here range from poor, to just plain awful (I’m looking at you Nicole de Boer), which I found removed me from the experience at times.

While the script is one of the film’s most impressive achievements, given my praise for its premise and overall character development, it is also potentially its greatest weakness. Putting aside stiff, cringe-worthy lines like “my parents are these people, I live with them. I’m boring,” and “I’m just a guy. I work in an office building, doing office building stuff,” the explanation offered up for the cube’s existence is, to say the least, lame and lazy. It offers only vague answers that defy logic, and given the film’s spot-on ninety-minute runtime, I feel that a bit more time could have been spared to provide a more illuminating explanation. The characters themselves even flag the weak explanation given to them, pointing instead to theories of their own, but for me it only makes things worse when neither the audience, nor the characters, are ever given anything conceptually credible to work with.

Ultimately, Cube is the type of film where, every time it does something right, it seems to do something else wrong. Yet in spite of its issues, I still enjoyed Natali’s film. It is just a matter of getting past the blemishes to see its beauty. The decisive factor here is that it dares to do things differently, which is admirably refreshing in an industry where a horror’s greatest selling point is typically the promise of gore, and/or slapping it with a ‘Based on a true story’ label in the opening credits.