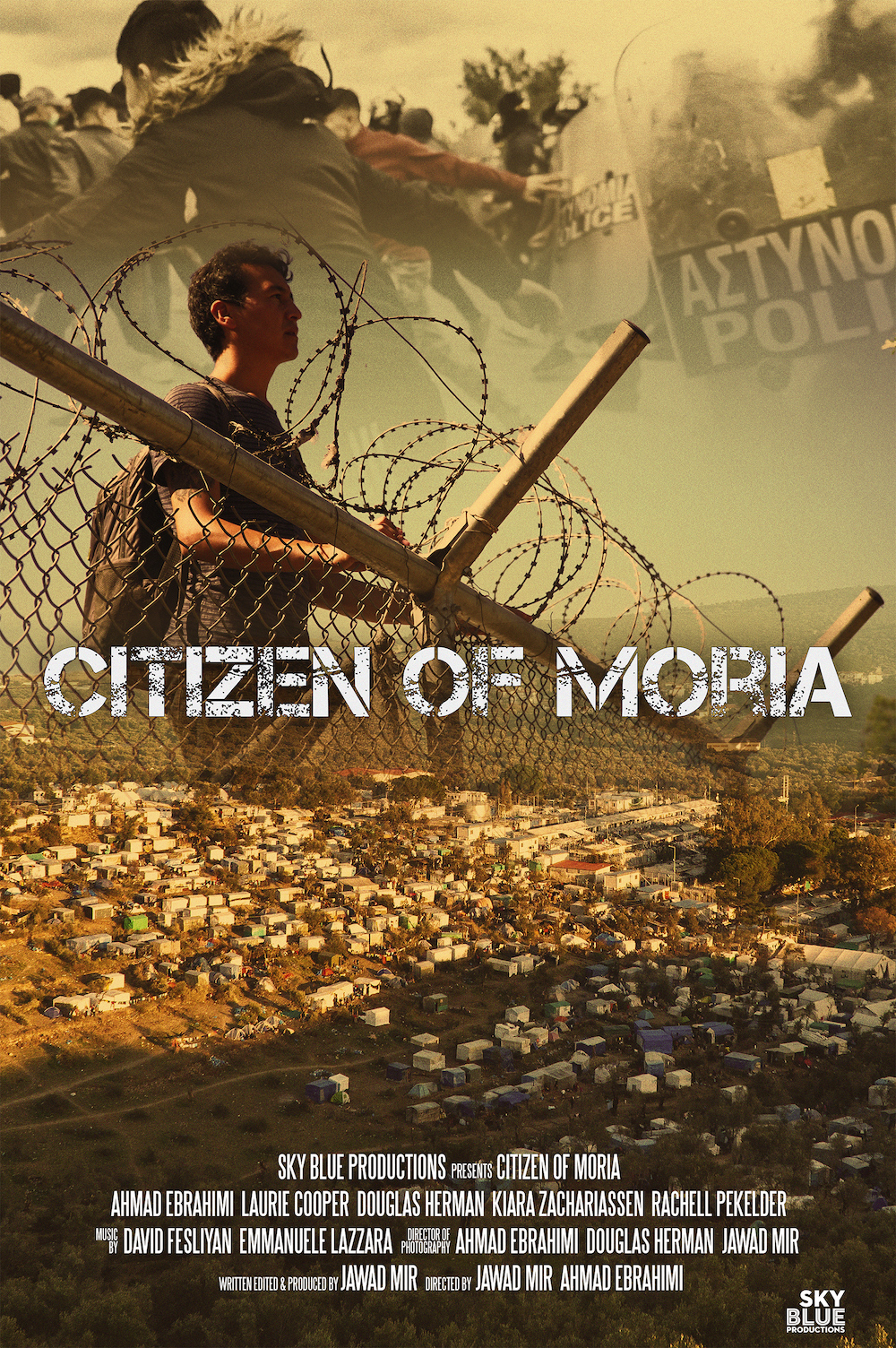 Let Jawad Mir introduce you to a resident named Ahmad Ebrahimi. A resident of one of the most disturbing places you may or may not have heard of. We all know that over in Greece it can be a very intense place with all kinds of happenings. Together, Jawad and Ahmad work together to make a remarkable film that takes you on Ahmad’s journey of life since for the past year. Ahmad has had a struggle living in Afghanistan for so long, so he decides to start fresh and new somewhere else in Europe. Without even saying goodbye for his family and considering his own well-being so that he can live a better life. Currently, he is in Moria which is the worst Detention centre according to Europe. But he wasn’t always there. Originally, he started out with a dream of being an actor and taking a film course after tough reasoning with his parents. Ahmad made his first documentary that could encourage the Taliban to consider peace, or so he thought. If it hadn’t aired, he’d live a safer life. But no, the Taliban were very angry, that they hunted down the lead actor and had intended to kill the film crew. Some things are too dangerous are to get released or even made. Both me and the sites’ logo designer had somewhat similar experiences. Ahmad escaped Afghanistan and started to make his life elsewhere. He’s lived a life in Turkey for 2 years but couldn’t get legal documentation to make it into Canada, so he hops on a boat to Greece. He hears it sounds like a simple trip, but no. Sadly he has found himself in Moria, and while the rules are simple, the living is tough. Everywhere he goes there is a line, much like some location in a Dr Seuss book.

But it’s not also about Ahmad, we learn about a small city called Mytilene which is 8km away from the camp, people who have heard of the place, his family who shows a lot of desperation and misery missing Ahmad, and refugees who are living in the same camp as Ahmad. We see the camp in Greece isn’t any better for anyone else, and there’s all kinds of trouble happening there. Ahmad still finds the best way to make use of his time despite the chaos. He gets up early, ignores the other refugees who constantly insult him, and even reminisces about his favourite movies. Ahmad just wants to be free but he does find salvation. One day he decides to go to a community centre called One Happy Family and from there he makes better connections and gets some research done in filmmaking. Eventually, Ahmad met a lady named Laurie Cooper who happens to be a filmmaker from Canada and together they make videos for One Happy Family. He also made a good connection with his neighbour back in the Detention Camp. Later he becomes a film teacher for a program in Lesbos and even hosts a podcast for his community centre.  During his  time in the camp, Ahmad witnesses rioters in Greece speak up and out about refugees which results in disastrous protests in the streets. Laurie reveals that she has plans to get Ahmad to Canada through a special program which he is eligible for given his filmmaking background. So maybe there is hope that he will finally make it out of Moria and somewhere much, MUCH, safer.

Citizen of Moria is a tough documentary on a tough subject. I mean, I hear a lot of stories about Greece and it’s scary what happens over there, especially when other people tell you about how beautiful the place usually is. At least that is certainly true given the shots of scenery… outside of the camp. It’s sad to see how refugees are treated over there and what the government is doing. But if there’s anything else it teaches you, it shows you have to be strong and persevere no matter where you live. Jawad has made one of the greatest documentaries of all time, which brings light to something I wasn’t fully aware of, and learned so much about.  It saddens me to see what goes on in other countries and I thought I was already miserable given the pandemic. Chances are, this documentary will spread more awareness regarding the refugee problem in Greece and hopefully we can find a way to help those. This documentary is disturbing but it shows hope. A mix of good and bad in equal proportions to make for a fulfilling film.