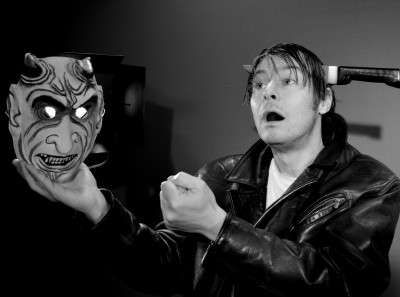 It starts out in a theatre where someone gets killed off in some kind of ritual. Then a year later, it cuts to Texas where a waitress named Kyla (Stephanie Kane) is making plans to move to Hollywood away from the harassy cowboys. Her sister Angela (Denise Gossett) doesn’t approve this but Kyla heads out anyway.

Cut to Los Angeles where three women are waiting for an audition which is something sinister in disguise. If the scene before the Texas shot didn’t give away too much, this would’ve been more mysterious. When a woman named Jane (Nickella Dee Schlanger) auditions, she goes through a pretty realistic improv session that makes her more nervous. Things start to get more nerve-racking and the ever so obvious clues make it clear what’s going to happen. Yeah, bye bye Jane.

Meanwhile, Kyla finally makes it to Hollywood to follow her dream of being an actor, not paying much attention to the creepy looking buildings or the threats from locals. When Kyla gets into an actual audition she comes slightly unprepared not knowing all the exact terms. Kyla introduces herself to two snobby women from the earlier audition scene. The two actresses Joan (Deborah Joy Vinall) and Tammy (Suzanna Sheikh) give her advice on how to preparing for auditions. When Tammy and Kyla head off to an audition together at the cult’s theatre, Tammy disappears in some vague way and Kyla is kicked out. As Kyla tries to find another way in, Tammy gets prepared for a sacrifice. When Kyla comes across some shocking evidence while looking for Tammy, she gets captured as well. Somehow, Angela gets the notion to go to Hollywood and find Kyla. Eventually, she comes across Joan and the two investigate around Hollywood to find Kyla with the help of photographer Bill Butler (Joe Decker).

This movie was bland. I really mean it, BLAND. The plot was little to nothing, the action was predictable, nobody really acted whatsoever, I don’t even think the director had enough confidence in making this thing. Did the end result not matter or something? This was oh so painful to watch. I could’ve been writing up a press release in the time I wasted.