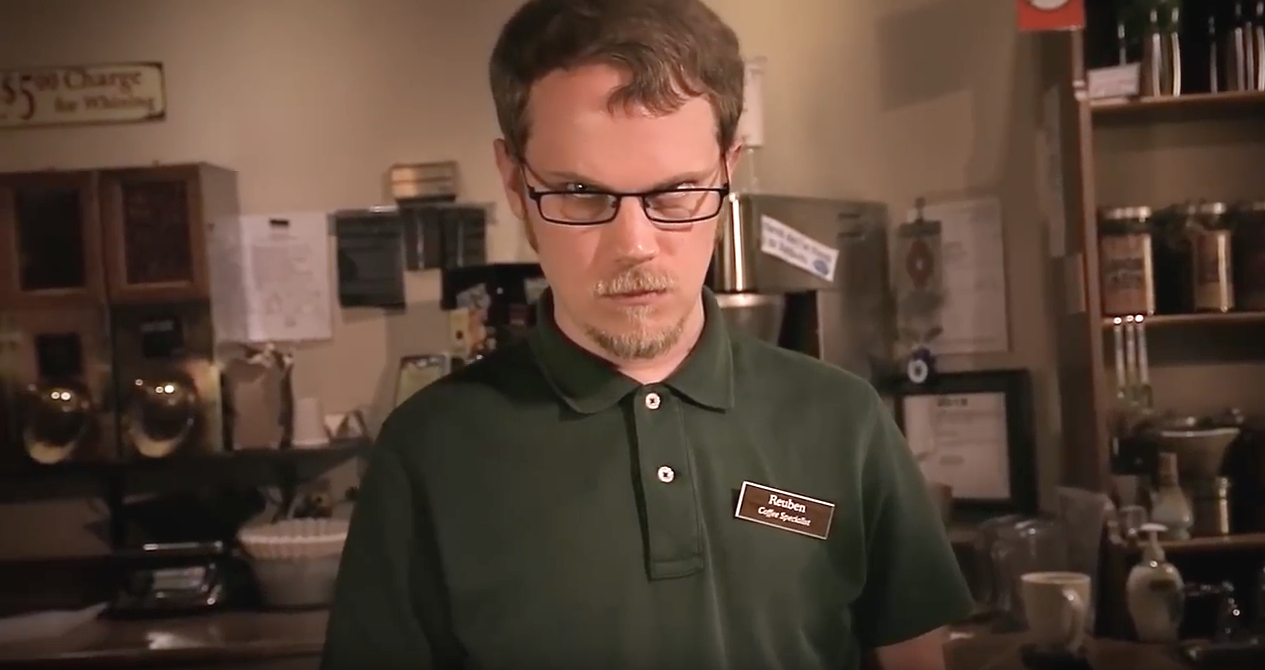 When night falls around Vancouver, a new subspecies of people lurk in the darkness. You can find them at any 24-hour cafe doing their own things at their own times. Sometimes they’re exploring, sometimes they’re doing something that interests them. Sometimes, they’re working. And that’s what this film focuses on. Rueben (Jason Meyers) works the graveyard shift at Cafe Mephisto serving coffee to nocturnal beings and putting up with his business-driven boss, Greensey (Kevin Ibbotson). But one night in particular, Rueben is sent to the back-room where he comes across the skeleton corpse of a former worker (Raf Rogers) at Cafe Mephisto who offers him a deal: To be the sexiest man alive in exchange for somebody’s soul. So Rueben makes that his top priority in roping in any potential customer as bait. But that’s hard given the different types of customers as well as Rueben’s own social awkwardness and his boss eavesdropping on his motives.

I quite enjoyed this little short film taking place at a one time I rarely check out around the city. I’ve never seen a film that explores this time and setting. The ominous lighting gives a good nightmarish feel with the intensity, the conversations between Rueben and his new bone-bodied friend along with a majority of the plot are hilarious and interesting to watch. Normally, insomniacs and nocturns are the last types of people I would want to get involved with or even learn anything about, but they can’t all be crazy given the personalities of the characters. Everyone who is part of the story happens to have a unique personality that makes the story much more impressive and lively, providing much variety from them all. Not just the workers and Sal the skeleton, but also the occasional customers such as the eccentric customer Delilah (Vanessa Gibeau) to the burly anchor armed customer to offer a helping hand (Max Clough). Oh, it was also made by a majority of people I actually know as well.