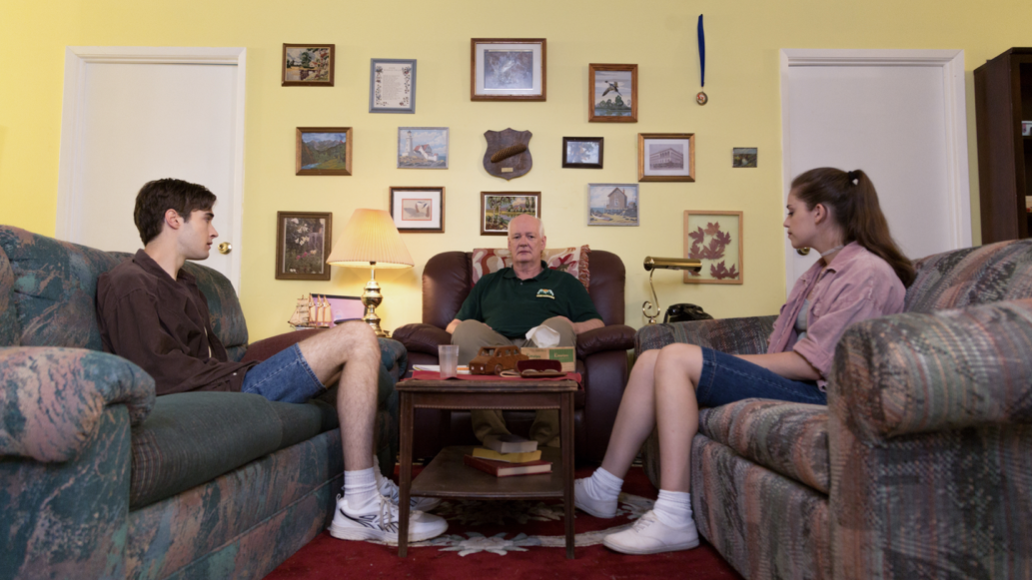 The summer camp movie strikes me as a somewhat comatose genre. They seemed more of a product of the 70s-90s with such titles as Indian Summer, Camp Nowhere, Wet Hot American Summer and the Meatballs franchise providing wacky and occasionally raunchy summer hijinks. With most of us still stuck in some level of COVID-fuelled lockdown (is our vaccine order in yet???), Writer-Director Michael Stasko attempts to revive the doormat summer camp genre by whisking us back to the pre-digital days of 1990 for a game of Boys vs. Girls.

For over a generation, Camp Kindlewood has kept a strict gender divide, hosting only boys in July and only girls in August and that’s just how the kids like it. But when economics force the camp to go co-ed for the summer, the two sides find themselves at odds over the adjustment. The boys can no longer mark their territory all over the camp and the girls must cease their traditional condom balloon fights.

Making things even more tense is some heavy baggage brought along between head counsellors  Dale (Eric Osborne) and Amber (Rachel Dagenais) who have been at loggerheads with each other since the previous school year. In a bid to establish future camp-dominance, the annual “Lumbermen vs Voyagers” competition is rigged with the help of shifty caretaker Coffee (Kids in the Hall‘s Kevin McDonald) to ensure boys and girls-only teams. Winner takes all.

But when harried camp owner Roger (ever-reliable improv king Colin Mochrie) reveals that if the camp fails an impending inspection, it will be permanently shuttered. The two sides are now forced to (gasp!) put aside their differences and shift gears from competition to teamwork to ensure the camp’s survival.

Boys vs Girls is surprisingly un-political for a modern CANCON which for our hyper-social media age is rather refreshing. The misunderstandings and rivalries between the two sides are organic rather than manufactured and never really go beyond the slapstick level. The acting ranges from Grade A (Colin Mochrie is excellent as ever and Jesse Camaocho steals a third of the movie as plus-sized counsellor Ben) to passable (most of the counsellors struggle to reach beyond two dimensions) to distractingly mediocre (almost all the extras).

One of the film’s under-utilized strengths is it’s knack for playing with the fourth wall. The characters don’t quite “break” it, but pound on it in ways you wouldn’t expect. This doesn’t completely absolve the affair of it’s cringier or cliché moments, but certainly goes a long way.

I’m often conflicted about whether to feel comforted or depressed when I see new movies set in a COVID-free world. Still, it’s probably better than seeing the pandemic reflected back at us (the news is bad enough). Soon-to-be-dated philosophising aside, Boy vs Girls feels like the kids depicted in it. Showing promise, surprisingly clever at times, but also rather cringe and far from fully formed. Decent enough lockdown viewing while you wait for the UberEATS to arrive.

Boys vs. Girls is now available on AppleTV, Google Play and other VOD platforms