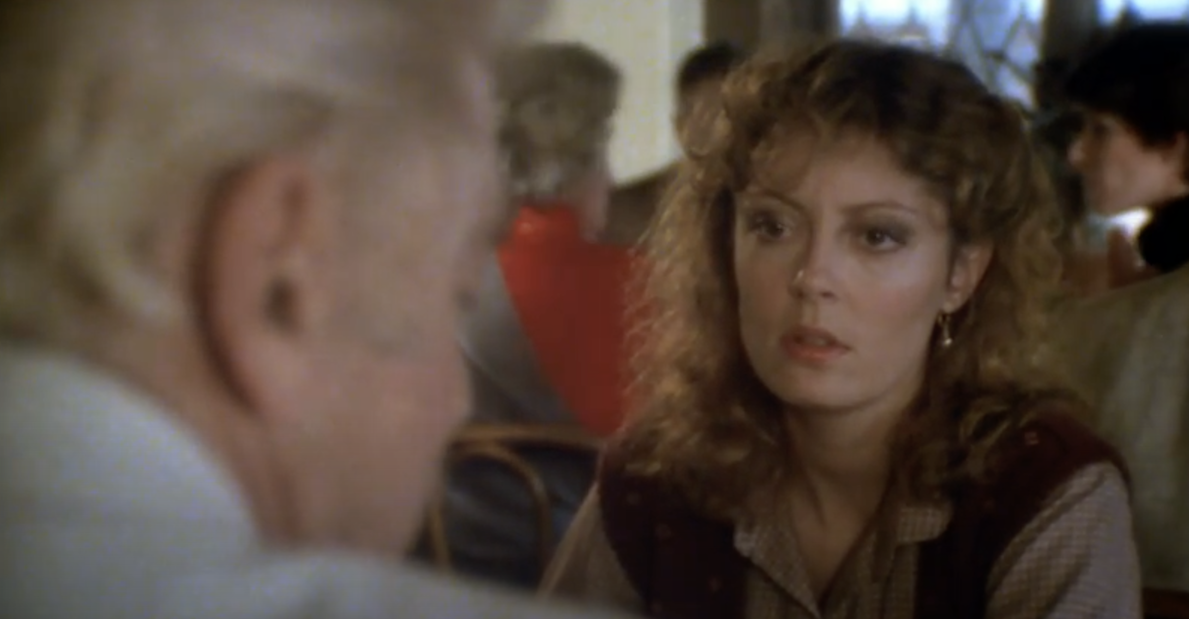 As he walks down the boardwalk, an aged small-time criminal with a soft spot by the name of Lou, charismatically played by Hollywood legend Burt Lancaster in Louis Malle’s 1980 film Atlantic City, fondly reminisces of the old times in Atlantic City. “Yes, it was beautiful,” he remarks in an almost innocent cadence, “What, with the racketing, whoring, guns.” Where Boardwalk Empire depicted Atlantic City in a bygone time of opulence and excess, Malle’s depiction of America’s Playground is a derelict husk of its former self. The comedy is apparent in John Guare’s dialogue, but not so evident is the seamless blending of nostalgia, romance and cynicism that makes Atlantic City an intoxicating watch.

I must admit, however, that the opening ten minutes of this American-Canadian co-production are somewhat jarring. Abrupt editing that cuts between several storylines leaving little time for greater context, though the branching narrative soon converges into a riveting tale. A young expecting couple, Dave (Rob Joy) Chrissie (Hollis McLaren) steal a large quantity of cocaine seeking a new beginning for their lives together. The two go to the titular city where Sally (Susan Sarandon), who is Chrissie’s sister as well as Dave’s estranged wife, lives with aspirations of becoming a blackjack dealer. Dave soon meets Sally’s neighbour, the aforementioned Lou, who helps him sell the cocaine, but when gangster seek out the drugs and things start to go wrong, Lou takes it upon himself to pick up the pieces while hoping to woo Sally in the process.

As mentioned, the plot can seem convoluted, taking time to come together, but when it does it becomes clear that this is a film crafted with care and precision by Malle, whose deft direction delivers a romantic piece of drama that is unafraid to shift from one tonal beat to the next, barely batting an eyelid. Lancaster and Sarandon, despite their generational age difference, convey a palpable romantic and sexual tension that shatters age barriers, yet the film never truly fools itself into thinking that they each want difference things, making for a complex but believe tryst.

It also helps that Atlantic City’s cinematography matches its narrative in both beauty and execution, capturing a hub that is past its prime yet still possesses a certain poeticism. The work of Malle and cinematographer Richard Ciupka doesn’t just settle for any random North American, but rather embraces the identity of a location still clinging to the past.

Atlantic City is a graceful feature of the 1980s that proves to be greater than the sum of its impressive parts. While, upon reflection, some of these parts may be more consistent than others, it is nonetheless a thrill to see masters of their respective arts, whether it be directing, cinematography, writing or acting, deliver a roundly satisfying tale that is both familiar and refreshing.