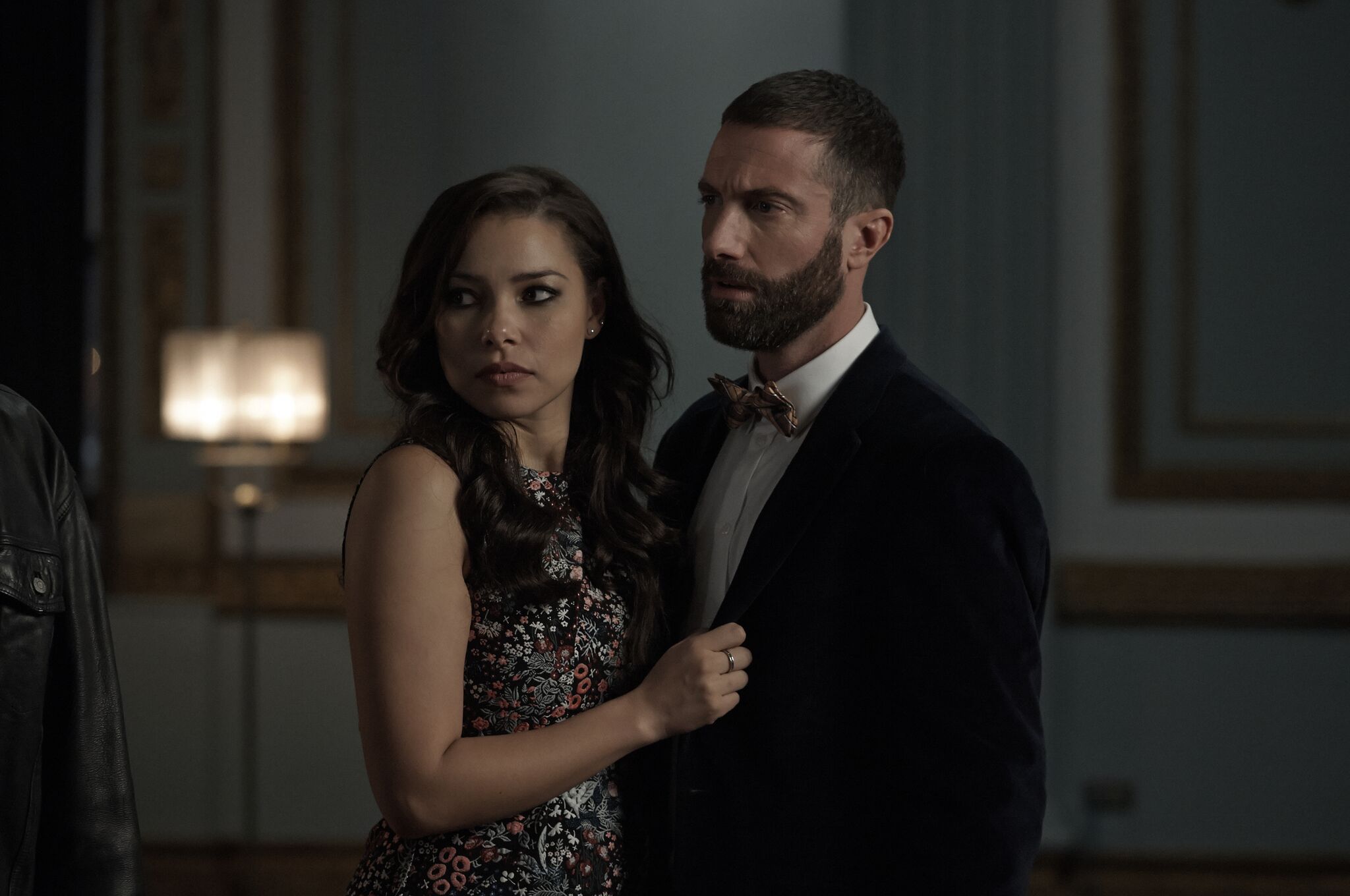 It’s funny, I know I mentioned something about marriage a couple weeks ago. I seem to be watching a lot of love movies these days, but this one’s a slight change of direction as far as any love movies. Anyways, weddings come in all kinds of different varieties. There’s your basic weddings, then there’s outdoor weddings, nude weddings, shotgun weddings, private weddings and… cosplay weddings? I don’t know if that last one exists or if it is just some idea someone pitched to me. Continuing on, this film discusses a wedding, which of course is nothing like the ones I mentioned earlier.

The day before the wedding, the groom’s family is getting together, and Carrie (Jessica Pare) is just getting used to seeing everyone in the family (and a few other members) for the first time in what seems like a long time. That’s only the beginning of the chaos, and of course, to prepare for this wedding, they spend the night before altogether in one of the most expensive hotels in Berlin. Many issues arise such as Terry’s mother Barbara (Kathleen Turner) dealing with a man named Roy (David La Haye) who is rather demanding of her. Barbara brings along a date named Albert (Wallace Shawn) who finds himself in love with a younger hotel guest named Mareva (Cristina Rosato), and Barbara’s ex-wife Tammy (Frances Fisher) tends to pester her constantly and bug some of the other guests. Carrie’s brother Kurt develops a crush on the bride, Louisa (Jessica Parker Kennedy) But it’s not just the whole family who’s getting into issues, as Louisa is getting stressed with herself, and at one point her future husband, Matthew (Jacob Tierney) is feeling quite under pressure himself with Louisa’s drama and the family’s moodiness. It was a wedding that seemed to bring out the worst of everyone, but can it mend everyone’s problems at the in time?

At first, there doesn’t seem to be much to the story but it builds its way up through interactions and flashbacks from years ago. Then things pick up a little more around after an hour and five minutes. There is quite a wide variety of characters in this whole film making for lots of different concepts, one really has to pay attention to see all the different plot lines throughout. However the actors chosen have come from many different and amazing classic and modern films of all around. With all the stories going on, it makes you feel like you are actually part of the family in some way, and at the same time, you actually feel kind of relieved if your family hasn’t gone through something like this before. For your sake, I hope feuds in your family aren’t as troublesome as this one. The issues, despite being chaotic, are also extremely funny to view and make for a good laugh to anybody. The story, while pretty basic and done before, is still worth a good hearty laugh for anybody who enjoys films about funny fighting families. And of course, it goes to show a family can still stay strong together despite their downfalls. Definitely a movie to check out, you’ll be sure to have a good time watching it.