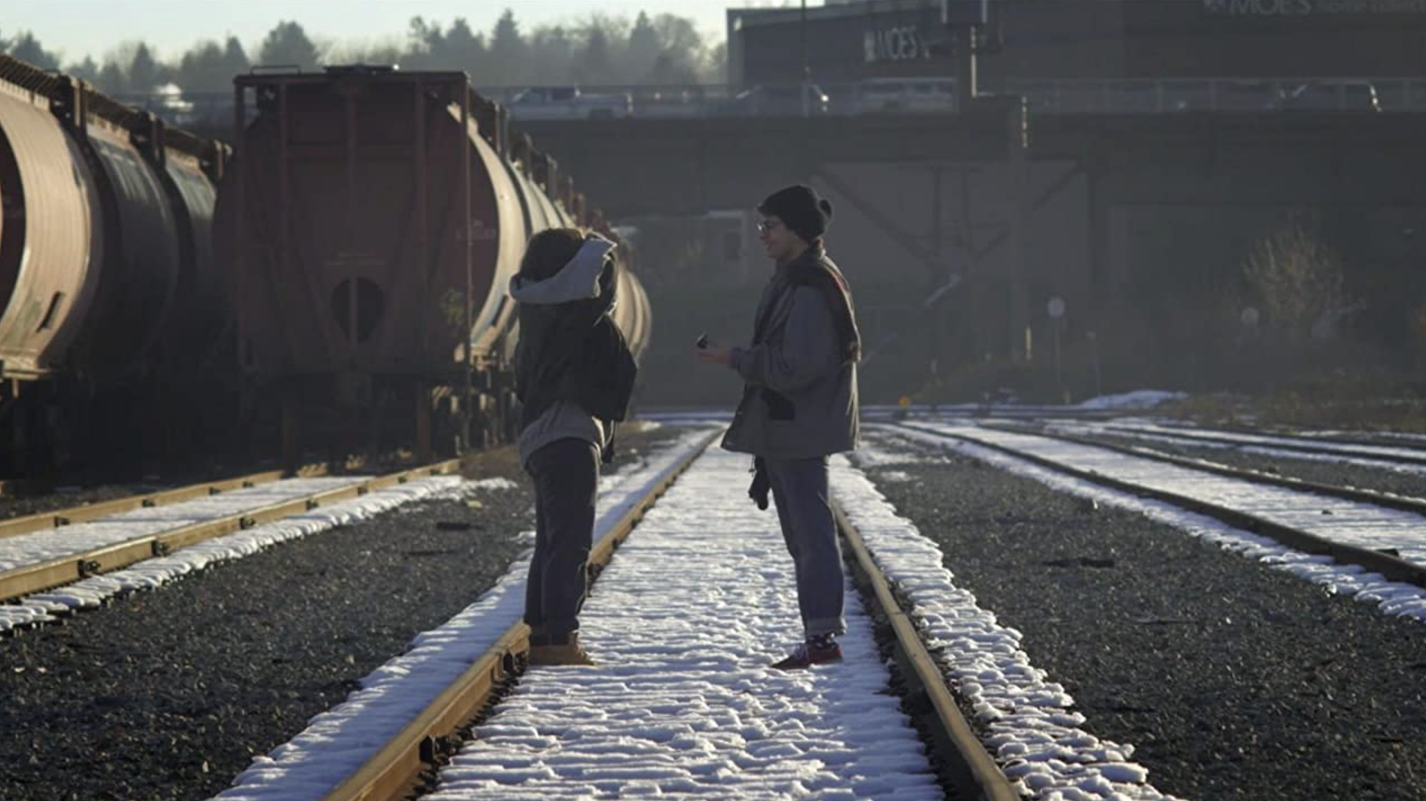 Have you ever made a stop outside of somewhere on a journey? As of lately, I have made quite a few. It used to be a decade ago I could walk for a good 5 hours without stopping for a rest of any kind. Aging is taking its toll on me. But a film like this one brought me back to my younger days when I explored the majority of locations of my girlfriend at the time, and also reminded me of the present, as this week I took a detour after going to an audition. That’s what this film kind of starts out with. A detour. First, Bijan (Bijan Karim) sits on a nearby railway rehearsing how he’s going to present a present to his sister. His friend Kellen (Kellen Jackson) comes by and he takes her along the seemingly bleak railway to a concert happening in town. On the way, Bijan gives Kellen some earrings, and shares how he has some dog-bite PTSD. They make a quick stop to Bijan’s friend’s house. If you haven’t guessed by now, his name is Alden (Alden Doyle). Alden gives Bijan an early Christmas present and gets to know Kellen better while Bijan tries on the new shirt he just got. It seems Alden and Kellen are bonding really well together, and Bijan gets a little bit concerned about what’s going on between them given his crush on Kellen. The two supposed friends then begin arguing while Kellen decides to give herself some air. Eventually, Bijan grows a pair and goes out on the balcony to confess his love to Kellen. What does she say in the end? And do they actually go to any concert?

With a small amount of shots and locations, the short film has a pretty basic and standard concept. But the feelings hit like not many people would expect. Sound does have a few small issues, and the locations don’t seem like much but they can be especially picturesque with the snow on the ground. For a film with minimal budget and minimal everything, it is still one of the most powerful films I’ve seen this year and I’m only starting this year. I can’t wait to see what other films Bijan has made.

One thought on “A Stop at Alden’s – Review”