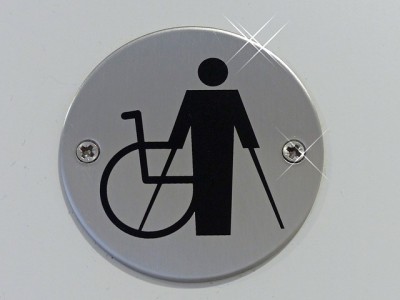 This short documentary gives us a glimpse into the daily life and thoughts of Andrew Taylor, who, after 25 years in a wheelchair, decided to start living on his own in Halifax. Filmmaker Ryan Butt, needing a subject for a story in journalism school, came across Taylor and was impressed by his readiness to join in the project.

Taylor radiates optimism and determination, which is no doubt the secret of his successful settling process in the city; still, issues, especially his struggle to find a job, crop up throughout the film. He talks about accessibility and how it’s not hugely expensive for businesses — the average cost of making one accessible is $500. He doesn’t want to see Halifax, in a rush to become “accommodating” and “world class”, destroy any reminders of its long history in the process. Coming from a small  community where he felt isolated, he’s impressed by the neighbourhood spirit in his new home. He refuses to be defined by his wheelchair, saying “This is just how I get around.”

The shots of the city, looking grey and harsh at the tail end of a Maritime winter, balance Taylor’s quiet cheerfulness. A quick look at a row of brightly painted houses seen in a snowstorm sums up the spirit of the whole film.

Butt made the film, which he also narrates, along with Christian McCuaig. A City, A Person won the regional short film youth award at the first Bluenose-Ability Film Festival, held this month in Halifax.