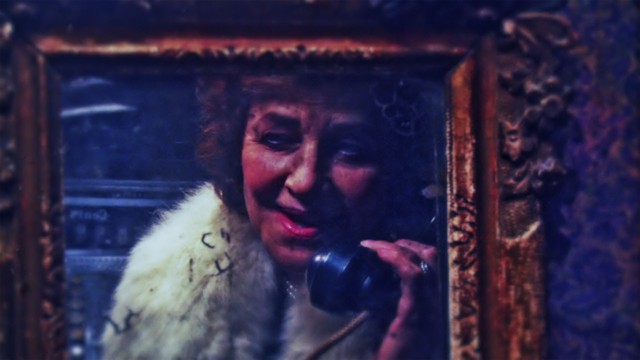 Created by Guy Maddin and the NFB, Seances is a new storytelling narrative that shows lost silent films as reimagined “never-to-be-repeated configurations” — and then they’re destroyed, never to be seen again. The films are reworks of classics by Alfred Hitchcock, Jaques Feyder, Alice Guy‐Blaché, Alexander Dovzhenko, Benjamin Fondane and many other filmmakers. (Many filmmakers of the silent era suffered the permanent loss of at least one of their works.) Most were shot in Montreal at the Phi Centre, and some even at the Centre Georges Pompidou over in Paris. The cast consists of a large number of Canadian as well as international actors.

What makes each viewing into a unique experience is the Imposium — “an indefatigable film-generating-and-destroying machine that deliberately creates films only to destroy them after their one and only viewing”, according to the NFB. (It’s actually proprietary software by Nickel Media.)

Seances is now available online, and will later be seen at Tribeca Film Festival in the Tribeca Storyscapes Exhibit and Lounge at Spring Studios. This exhibit will feature 55-inch touch-screens with three screenings happening every hour. Cities in Canada will be treated to this experience in the near future.