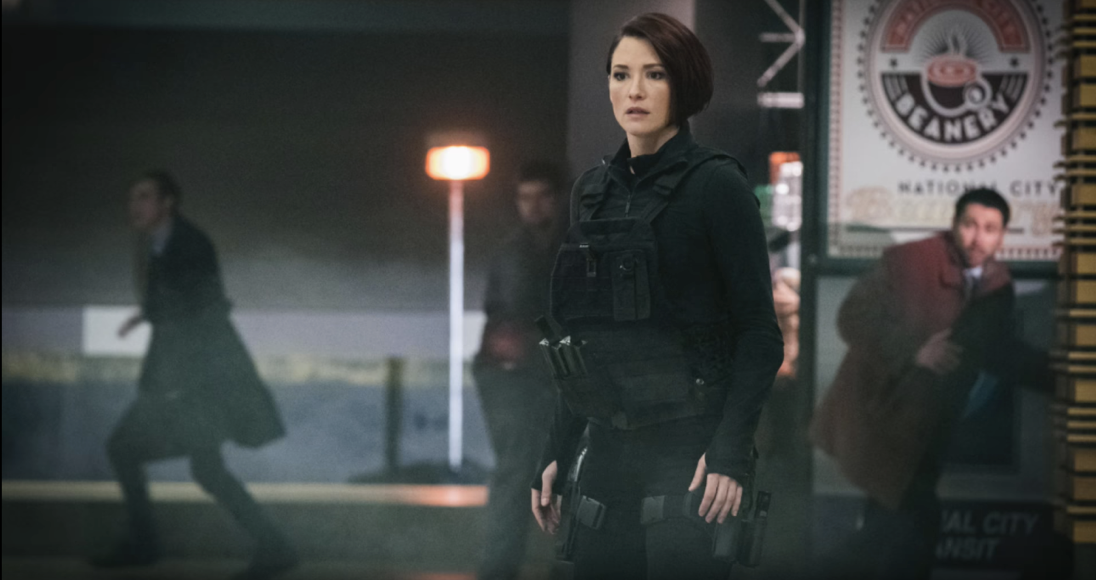 Is it safe to come out yet? My blurry Supergirl moment.

For the first season at least, Supergirl’s fictional setting of Central City was situated comfortably in Southern California. But when the ratings failed to persuade CBS to keep it on the air, the show was transferred to the “Arrowverse” family of shows on the CW and the relocation to budget-friendly BC that came with it. Central City would now be a little colder and rainier (a true climate-change), but for the 13th episode of the show’s third season, about 50 background performers and a dozen stunt players could stay warm and dry as they ran for their lives during a clash of the titans.

It was a lively and detailed subway station set built deep within the bowels of downtown Vancouver’s BC Place stadium that would host that afternoon’s mayhem. Most of my fellow performers were portraying average commuters, but a handful, including myself, were cast as merchants and custodial staff. I scored the latter, complete with the snazzy coveralls. No prop cleaning supplies however. There would be far too much running for that.

For utter chaos, it was all quite organized. There was a particular direction and circuit in which to run. It’s supposed to look like everyone’s running away for their lives when in fact it’s mostly the same people running in circles! We all got our cardio in for that day.

It was only after a few takes that I finally scored a clear view of the epic cast I had faithfully followed over several seasons prior (I’ve been a die-hard Superman/Supergirl fanboy since childhood). There was Mon-El (Chris Wood), J’onn J’onzz (David Harewood, complete with motion capture makeup for later VFX work), DEO Agent Alex Danvers (Chyler Leigh) and Supergirl herself (Melissa Benoist). All four facing off against super-villain Purity who I would later find out was possessing the body of Julia (Krys Marshall). There’s a certain rush to seeing costumed heroes only feet away from you. You know they’re actors underneath, but the awe factor never completely dissipates.

It was the kind of action I had seen before on camera dailies as an assistant editor, but finally got to witness live in person. Punches were thrown, bodies flew through the air and minor pyrotechnics were set off. The stunt players were naturally placed closest to the action while us regular Joe-and-Jane background were kept a safe distance away.

Chronologically, this was only my second mainstream background gig after Fifty Shades of Grey (there was a five year gap as I focused on my editing career), so I was still concerned as to whether I would register on-screen as anything more than a grey blur. Near the latter part of the scene, the assistant directors began asking us to “cower” behind the various structures. Being near a refreshment booth. I crouched to the ground, and carefully peered around the corner as Mon-El’s stunt double was thrown clear across the room into a newsstand. This proved to be the right play as I end up being visible for at least a half second in the final shot. Funny enough, I ended up being much more prominent in a promotional still that now serves as the lead image for this article.

Supergirl ended up giving one of the shortest gaps between shooting and release of all my background gigs, with less than a month between our January 8th shoot date and the episode’s February 5th premiere. All the hats off to the set and post crews for working in overdrive to churn these shows out as fast as they do.

My inner fanboy was thrilled to have been even a small part of the DC Universe I had grown up with. I would have a chance to repeat that thrill a few months later, only with a different hero and a more intimate setting.

NEXT: My poker game gets broken up by The Flash.