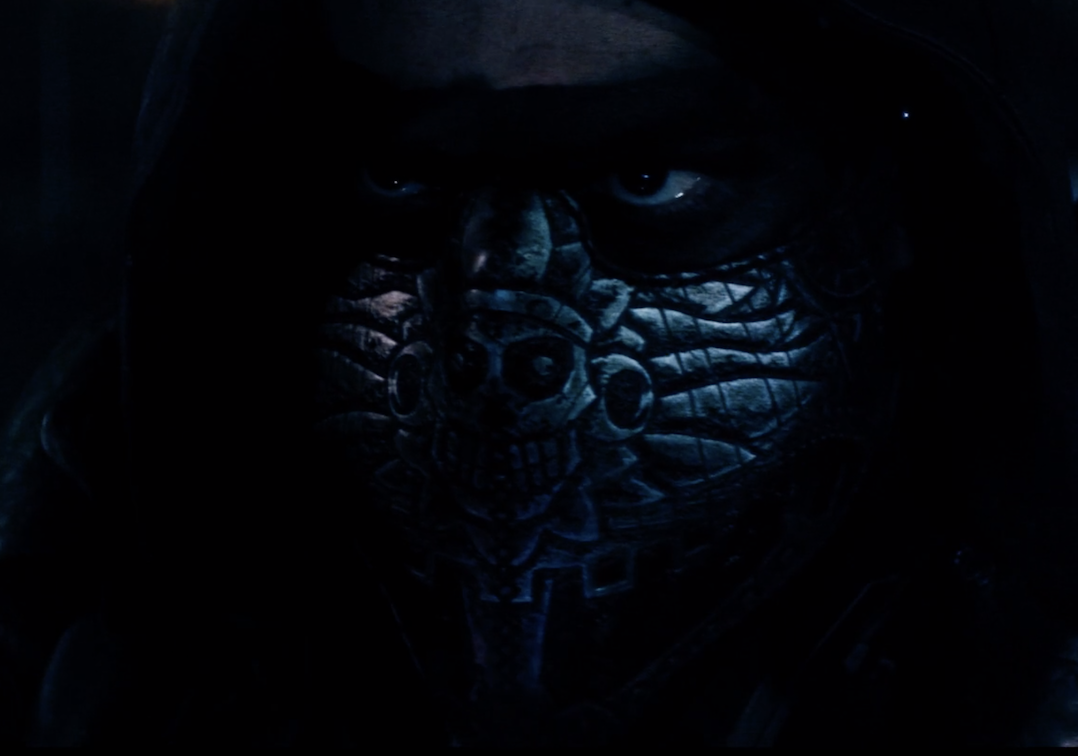 Sometimes, Canadians branch out from Canadian productions and end up doing some of their work elsewhere, such as is the case for Mitch Lee, a soundtrack composer in Calgary who made the music for LA based film, El Chicano. Starring an all Latino cast, El Chicano tells the edgy story of a murderer/vigilante who goes after certain convicts in Los Angeles who committed serious crimes. A detective named Diego (Raul Castillo) and his partner Dave (Jose Pablo Cantillo) are busy trying to figure out who’s responsible for a mass shoot-out and when their only victim is shot dead, they have to investigate further and decipher what the victim said before he died. At the same time, Diego learns about his brother Pedro who he has been out of touch with for years and he gathers strange stories about the masked menace El Chicano.

Mitch’s work is some of the most edgy sounding music to be used in this production. It really adds to the feeling of when the exciting and adrenaline-fuelled action scenes are happening. Through some of the other scenes which happen to be at a more slower pace and calmer, the music also stays at a gentle soothing sound to make the viewer feel there’s still something suspicious going on. Using a mixture of choir, heavy drums, and rather smooth sounding instruments. Having done soundtrack for over a decade, Mitch is a music master who knows when to hit all the right notes and send chills down people’s spines with his powerful music. Aside from Mitch’s audio to boost the production, Producer Joe Carnahan and Executive Producer Lorenzo di Bonaventura both hailing from Alberta helped work out the paperwork and finance for this interesting feature. Some of it even got filmed in Calgary, where Mitch resides.

Having watched the film, I can say it was one of the most exciting ever made. Aside from the Latino cast I mentioned, this film was made by a crew from and in both Canada and US, El Chicano is an amazing work of art. Mitch Lee is already working on the soundtrack for another film called Point Blank which focuses on a nurse saving a hospitalized criminal’s life and helping him save his wife who got kidnapped. I have confidence that Mitch and his music will be heard in many productions throughout the future.