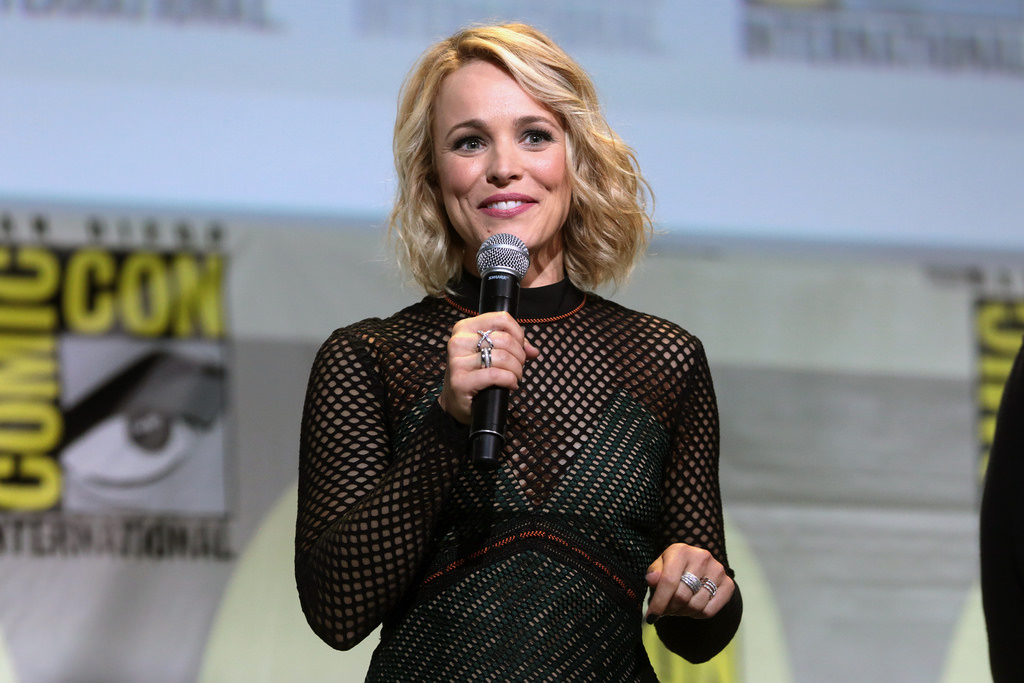 With each passing year, Canadian actors and actresses seem to be making a bigger impact in mainstream Hollywood. From Ryan Reynolds and Ryan Gosling to Seth Rogen and Michael Cera, there are a lot of young, rising stars that hail from Canada. And among them, Rachel McAdams has quietly become one of the more reliable young actresses working today.
Given this, and in celebration of her recent entry into the Marvel Cinematic Universe, here’s a look back at some of McAdams’ most important films.

Spotlight (2015)
Undoubtedly the most critically successful film McAdams has been involved with, Spotlight won the Oscar for Best Film  just earlier this year. McAdams was cast as Sacha Pfeiffer, one of several Boston Globe reporters who, in real life, helped to uncover a massive scandal in the New England Catholic church. Her work was earnest and believable, contributing to one of the best ensemble performances by a cast in recent memory.
This was a particularly important film for McAdams and her career trajectory after her major television role in True Detective season two essentially flopped. She got a fair amount of praise for her role as Detective Ani Bezzerides, but the season was viewed as a massive disappointment. To almost immediately turn around and contribute to an Oscar winner was a strong statement for McAdams, and will likely prove to have catapulted her to bigger and better things still to come.

Doctor Strange (2016)
Doctor Strange is the latest installment in the aforementioned Marvel Cinematic Universe, and marks McAdams’ debut in the comic book world. She played the role of Dr. Christine Palmer, an associate of Stephen Strange (Benedict Cumberbatch). Serving as equal parts love interest and safe haven, McAdams fulfilled a pretty common Marvel stereotype. She still seems like an important character for future Strange movies, which could make this one of her biggest roles yet.
What’s interesting will be seeing just how big the Doctor Strange character and franchise can get. Other “side characters” in the MCU have become pretty popular. For instance, Daredevil and Elektra are now part of an extended series that looks to have lasting potential and, as a matter of fact, both characters now even star in their own online video games. A guide to games offered by casino sites points to some of the specific slot reels out there and reveals that there are individual games for both Daredevil and Elektra, in addition to other Marvel heroes. So is this the kind of recognisability Doctor Strange and company are headed for? If so, the franchise could expand McAdams’s brand more than anything to come before it.

Midnight In Paris (2011)
McAdams only had a small role in Midnight In Paris, as Inez, but this may have been a deceptively important role for her. Up until this point she had largely participated in comedies, thrillers, and a few big name blockbusters. There weren’t many projects on her résumé aimed at more serious audiences or critical approval. Her character in Midnight In Paris wasn’t particularly likable, but she wasn’t supposed to be. In the end, she did a wonderful job of subtly pushing Owen Wilson’s Gil into the romantic, whimsical journey he yearns for. Even today, appearing in a Woody Allen film can only raise an actor’s profile, and it’s a virtual certainty that McAdams got a career boost from this project.

Wedding Crashers (2005)
For a lot of fans, Wedding Crashers may still register as the most impressive and surprising performance by Rachel McAdams. It was surprising just because her biggest roles prior to this film were in Mean Girls and The Notebook and this was the first time audiences saw her range as an adult actress. We knew her as a comically spiteful and wretched drama queen more than anything else, and at the time it was anybody’s guess whether or not we’d be seeing her in more popular projects.
When Wedding Crashers rolled around, and McAdams turned in one of the most charming romantic comedy performances in recent memory. Playing Claire Cleary opposite Owen Wilson, she was natural, pleasant, and borderline irresistible.

Mean Girls (2004)
Just a couple years ago, an article looking back on this film named it “still the best modern teen movie,” and that article wasn’t alone. If you just do a few searches you’ll come across several lists and articles about the importance of Mean Girls and its place among the best comedies of the 2000s, or of the whole 21st century so far. And there’s no Mean Girls without the breakout performance from Rachel McAdams. It wasn’t her first feature film, but it was the one through which most of us got to know her, and for 12 years now, we’ve been better for it!