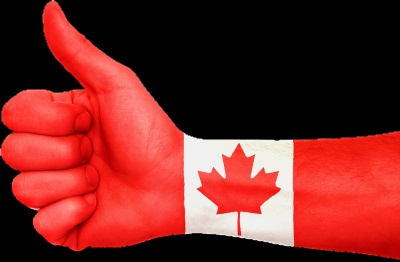 The CBC are ready for a new year of must-see television, as was clear from their live event in Massey Hall, Toronto, where they announced a slate of new shows. Upon entering the hall, I was greeted by a stage whose background was made up of the CBC’s trademark circles, semi circles and segments in a multitude of colours, some of which shifted in a mesmerizing manner. Even before the event, the stage was already demanding my attention, despite the DJ’s ill-fitting disc scratches over the Fleetwood Mac classic “Dreams”, which played as I entered.

Once the event commenced, Barbara Williams opens with the usual sentiments one can expect from an event of self-promotion by the CBC, speaking of inclusion and unity, yet this proved to be anything but empty platitudes given the diverse slate of new and returning shows they went on to showcase. All of this was aided greatly between segments by the ever-welcome comedy and charisma of Andrew Phung, star of Kim’s Convenience and Run the Burbs, and this event’s host.

Williams’ words were backed up by the very first trailer, showcasing the upcoming docu-series Push, which focuses on a number of people within the wheelchair community, even bringing one of its stars onstage prior to the showcase. Phung was understandably hyped in his segue for the show, as it focuses on an often-overlooked community whose basic daily lives are made all the more difficult by certain oversights of infrastructure and beyond, and this show will place their lives under a microscope, allowing audiences to better understand the trials and tribulations of one section of the disabled community.

Phung was then briefly joined on-stage by Mark Critch, whose show Son of a Critch was among a number of returning productions, which includes, among other, Workin’ Moms and the acclaimed Sort Of, the latter of which has been picked up by HBO for US distribution. There was also a mixed trailer for new shows Plan B (starring blank Patrick J. Adams of Suits) and SkyMed.

After promoting several aspects of their news branch, including the new upcoming channel CBC News Explore, the stage was graced by legendary actress Molly Parker, who was joined by writer Jeff Lemire. The pair were there to promote CBC’s adaptation of Lemire’s graphic novel Essex County, which, alongside Parker, stars Brian J. Smith and Kevin Durand.

This was followed by a trailer for the hard-hitting upcoming show Bones of Crows, which is a timely examination of the treatment of natives in residential schools during World War II. This was followed by the infinitely more light-hearted reality show Canada’s Ultimate Challenge, which sees twenty-four contestants competing in various athletic challenges at some of Canada’s most breath-taking landscapes and buildings.

The brief event was capped off by a showcase of the docu-series Bollywed, which focuses on the Singh family (namely their charismatic patriarch Kuki), who run the iconic bridal shop Chandan Fashion located in Little India on Toronto’s east side. With the conclusion of this trailer came an immensely well-choreographed Indian dance piece upon the stage, which also concluded a fittingly theatrical CBC showcase that was as intriguing as it was inclusive.

Here’s to Canadian television in 2023!