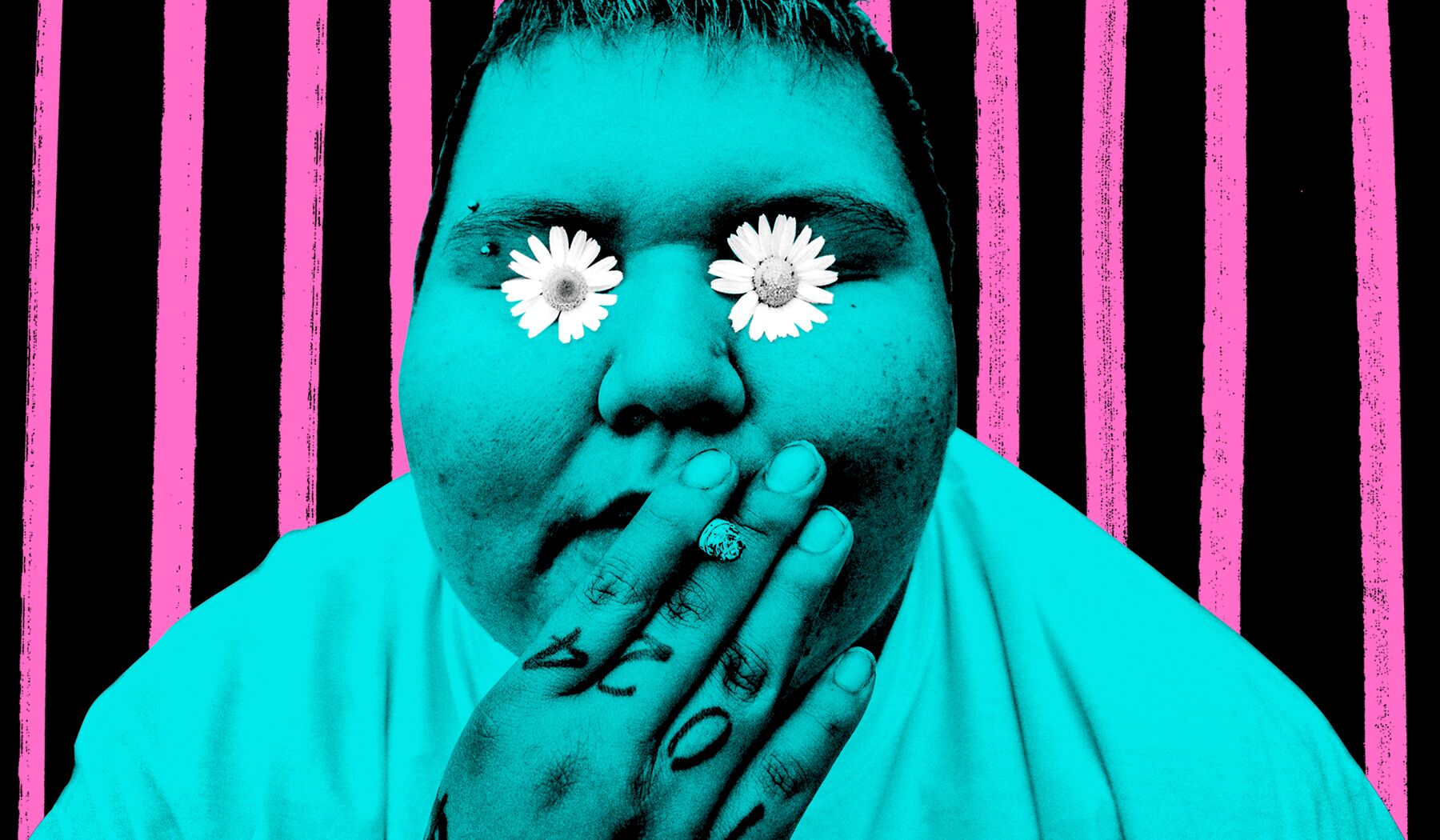 You don’t get too many opportunities to hear about troubled youth. I don’t know how well I would’ve fit in that category myself. But that’s what we got documentaries for. Short simple documentaries that show despite their struggles, the young people find ways to take their problems and be creative with them. And one of the most creative is Jesse Jams, who not only makes music but even came up with his own genre, Mumble Punk. A cool hard-rock feel with vocals that aren’t too loud but are super intelligible. Speaking with Trevor Anderson, I learned a lot of interesting facts about this documentary and how it was made. A lot that I never expected even.

HNMAG: I understand this can be a tough subject for people to talk about. What made Jesse decide to share his story in a documentary?

Trevor Anderson: Well, Jesse is really interested in getting his story out there through music. He puts a lot of his life’s experiences into his lyrics, and enjoys sharing that with an audience. So when we had the opportunity to do a documentary about it, he saw it as an extension of that and was excited to use it as a way to get himself out there.

HNMAG: And how was it working with Jesse? Was he easy and understandable?

Trevor Anderson: Yes, Jesse and I have a really nice connection, and I’m really grateful and honoured that he let me into so many intimate details about his life.

HNMAG: If you had a chance to make a longer documentary that could tell more backstory, would you do it?

Trevor Anderson: I think there would be a way to do it. I mean, Jesse started playing Rock and Roll when he lived in a group home. Then some local musicians came in to teach [the home’s residents] how to play. There’s a way to make a longer documentary that could explore the origin story (laughs).

HNMAG: Would you say there were any challenges you came across went filming the documentary?

Trevor Anderson: Well.. Jesse lives his life day to day. As he says in the film that he doesn’t know what each new day will bring him. As a result of his mental health challenges. So, that’s tough for Jesse, and we had to be flexible and adapt to what basically happened that week. We didn’t realize that Jesse was going to have an episode of self-harm. So when he did, we canceled the music video shoot we had scheduled for that day and just went to a park bench and spoke to Jesse about what was happening with him. We really had to respond to what was happening to Jesse on a daily basis which is something he has to do all the time. HNMAG: So how did this film get financed?

Trevor Anderson: Telus Originals came in with the funding for it, and they were great to work with. They approached me and said that their mandate at the time was high impact documentaries about youth and health. They asked, ‘did I have anything in mind that would fit that?’ and I said, ‘Boy, do I! Let me introduce you to Jesse Jams.’

HNMAG: And how long did it take to get the whole shoot done?

HNMAG: What was the best part of the production?

Trevor Anderson: Getting to know Jesse better, that was absolutely the best part.

HNMAG: And how has the feedback been? Have you been getting lots of positive reactions?

Trevor Anderson: Yes, we were just lined up for what was supposed to be dozens of International Film Festivals. Then the pandemic hit. BUT, we pivoted and put it online on Vimeo and we were fortunate that it was selected as a staff pick. When that happened, we got like 15,000 views in the 1st week. Though I’m sad the film is not traveling to festivals in many countries, I’m glad that people have the chance to watch it in their own homes.

The documentary on Jesse Jams can be viewed here. It’s a treat for both your eyes and your ears.