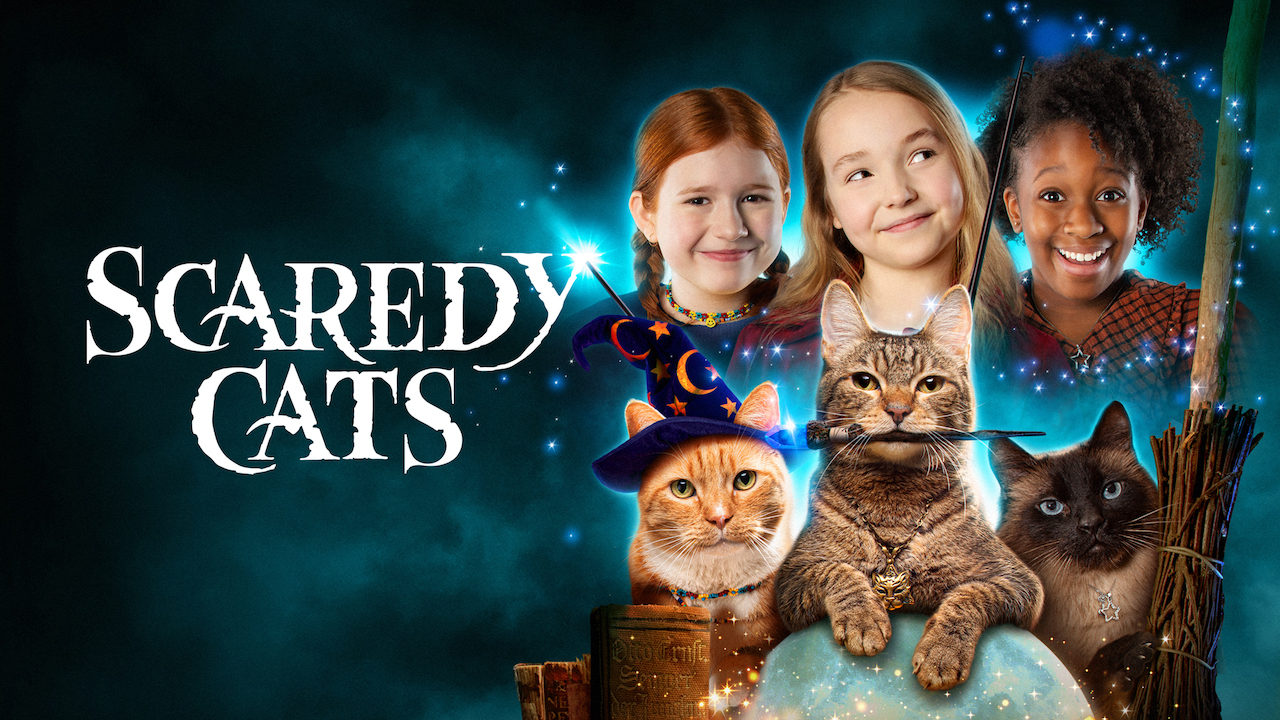 Kids are amazing. They still have their innocence, their curiosities, their sense of adventure… and they haven’t been influenced by the news or politics, yet. When you look into their eyes – there is magic, there is laughter and there is an inventor. They are either inventing a game, an imaginary character or they’re inventing themselves. They’re figuring out their likes and dislikes, while growing a passion for activities they’re interested in. My parents discovered I wanted to be a drummer, when they came home one day – to see a stack of books, an upside-down pot, a lamp and my mom’s knitting needles in my hands. I’d constructed a drum set and was jamming out to the radio. I had received a set of bongos for my next birthday and at 12 yrs. old, I got a drum set for Christmas. Times have certainly changed since the ‘70’s but human nature really hasn’t.

When a child shows an interest in music, science, nature, art or whatever it may be – as parents, we need to foster that interest. I had amazing parents that encouraged my interests in music and I eventually became good enough to play with a couple bands. Music is just one interest your child may have, but what if they’re interested in acting or singing? If it’s their dream – help them realize it and give them that chance. You will never regret it.

Sorry to go off on a tangent; I’m a parent and I get excited when I hear of a youngster that has fallen in love with the Arts. Viola Abley is an actor, a singer, a musician, a dancer and a trained circus performer… and I don’t mean a clown. This young lady’s first words were Cut and Action, because she started acting shortly after the age of 5. Some of us were born to play bongos and some of us were born to act, to sing and to entertain. Just in time for Halloween, Viola’s new series, Scaredy Cats is now streaming on Netflix. It made its premiere Oct. 1st. and Viola’s character on the show is Blaine. I’ve watched the trailer and I was elated that somebody finally got it right. This show is for all ages, for family especially and it checks all the boxes for good entertainment. The writing is brilliant, the acting is stellar and most of the actors are incredibly talented children. Viola plays the recurring role of Blaine in the series – the class president and a strait-laced student who finds out that there may be some magic afoot.

At just eight years old, her first film was an impressive introduction to the world of acting, working with Bill Hader, Anna Kendrick, and Shirley MacLaine on the Disney Christmas movie Noelle. Following, she was part of the ensemble musical series Schmigadoon! which was released on AppleTV+ on July 16, 2021. Not one to sit idle, Viola’s next project is a recurring role on an upcoming animation series for Dreamworks/Apple TV+. The details on the series are still under wraps, but it marks Viola’s largest role to date and will be coming out next year.

I had the very unique pleasure of talking to this amazingly talented young performer. She was professional, she was poised and she was passionate about acting. Roll the tape!

HNMAG “Congratulations on your new role in Netflix’s Scaredy Cats. This series has a lot of magic in it. Have you ever seen a real magician perform magic before you got the part of Blaine?”

VIOLA “Yes, I’ve been to a magic show on a cruise ship with my family, it was a lot of fun… and it was magical!”

HNMAG “Do you have a favourite trick?”

VIOLA “There was this one where he made a balloon animal and when he popped it, there was glitter everywhere. I can’t remember the entire trick exactly, but I know it included a balloon animal – it was so cool.”

HNMAG “In Scaredy Cats, you are sometimes turned into a cat. Did you have to go into a recording studio to do the voice-over work? Is it much easier to act in a studio or do you prefer to be on location?”

VIOLA “To answer the first part of your question; yes, it was filmed in a studio and to the second part of the question; it is easier because you don’t have to memorize lines, but I will say that being on set is a lot more fun.”

HNMAG “How do you manage to keep up with school work when you’re working on a show?”

VIOLA “Good question, I take my homework, prior to arriving on set and do it while I’m waiting. I’m pretty sure you have to do 3 hrs. of schoolwork every day if it’s more than 2 days.”

HNMAG “Are you the first actor in your family?”

VIOLA I’m the first professional actor in my family, yes. My mom is also an actor and was in The Good Doctor and Resident Alien but isn’t in the union. I think my aunt also did some acting but not professionally or with a union.”

HNMAG “I was watching some of your demo tapes and you can remember a lot of dialogue. It must take a lot of practice to remember your lines. Do you have a very good memory or does it get easier with more experience?”

VIOLA “Both, when I started memorizing lines, it was super hard for me but I did have a pretty good memory. It has gotten easier over time. I’ve been doing this for almost 5 years now. It still takes practice but it does get easier the longer you do it.”

HNMAG “You scream a lot on Scaredy Cats. Do you practice screaming at home?”

HNMAG “You had the opportunity to work with Toney Award-winning choreographer, Chris Galletti on the Apple TV+ ensemble musical series Schmigadoon! where you also had the pleasure of singing and dancing with Broadway star, Arianna DeBose. Is it difficult to dance, act and sing all at the same time?”

VIOLA “Yes, I am not a professional dancer. I do it for fun and still do it, but all of the other kids on that show are so incredibly talented, they do it professionally, or at least most of them do. I felt a little out of place and it was definitely hard. I think we spent more time practicing the choreography than we did filming.”

HNMAG “How long have you been taking dance classes?”

VIOLA “I think I’ve been taking dance for 5-6 years now. I started ballet when I was 2 yrs. but quite shortly after because I didn’t like my teacher. I started again when I was 5 and have kept it up for a long time. I’ve started integrating jazz, tap, hip hop and contemporary musical theatre.”

HNMAG “Do dance classes help you to get more roles?”

VIOLA “Yes, especially if the audition requires you to dance. It really does help you, yes.”

HNMAG “Do you enjoy singing as much as acting? If so, would you ever want to pursue a music career?”

VIOLA “I actually do want to pursue a music career. My mom had asked me when I was 5 if I wanted to start singing but I had said no, I had no interest in it. Two years later I started thinking about it again and thought that the acting could help with the singing, which I still do – so I started acting. So, yes –  I would want to pursue a music career.”

HNMAG “I read that you are in a new animation series coming out next year. Congratulations on that. Are you allowed to tell us anything about your character or the show?”

VIOLA “I’ve been sworn to secrecy… but, it looks like a lot of fun.”

HNMAG “Would this be the first animation you’ve been involved with?”

VIOLA “No, I was in another animation, called Chip and Potato. I had a really small role; I was Mona the Emu for one episode.”

HNMAG “I read that you play piano in your spare time. What type of music do you enjoy playing? Do your parents also play?”

VIOLA “I haven’t been playing that long but I do enjoy it. I don’t enjoy playing classical because it’s not as much fun, but it’s obviously very beautiful and I admire the people that have taken the time to create it. I enjoy playing pop songs or more modern songs, because they’re more fun. Neither of my parents play piano.”

HNMAG “I read that you have also been learning Vietnamese from your grandparents on Zoom. How is your Vietnamese coming along?”

VIOLA “I’m still learning, I don’t really remember that much. I’m trying to learn it though and it’s a lot of fun, but it’s more of a bonding time for me and my grandparents.”

HNMAG “You do circus training. Can you explain what that is?”

VIOLA “Whenever I tell people that I do circus training, their minds usually go straight to clowning… and no, I don’t do clown school. They basically teach you a bunch of skills that are in the circus; trapeze, aerial, stilts, trampoline, unicycle, juggling, diablo, coy, power sticks. Everything that you see in a circus, is what I’d be learning.”

HNMAG “I’ve never heard of that school. Has it existed for years or is it new?”

VIOLA “It’s existed for a number of years. I have friends that have gone there for years and most of the coaches went there prior to coaching. So yes, it’s been around for a while.”

HNMAG “Do you look up to other child actors?”

VIOLA “No, but for other actors – it takes an insane amount of talent to do this and it takes so much courage and skill. Everyone is so unique and it’s amazing that so many kids do this.”

HNMAG “What type of advice would you give other kids your age that want to pursue acting?”

VIOLA “Their parents have to be super supportive. Before Covid, we were auditioning in a studio. It’s a lot of driving around and hustling to get there. You also have to be super brave and not give up, because there are more no’s than there are yesses. So don’t give up, if you want to do it – go for it! (2 thumbs up)”

You’re never too old to be inspired by someone much younger than you and Viola did that. She reminded me of the magic in young people, the drive, the ambition, the passion and the talent, that always rises to the top.