We enjoy seeing ourselves represented in film. Knowing that we are seen and portrayed accurately is important, especially when you’re part of a minority group. Film and TV can be held partly responsible for stereotyping their characters and misrepresentation… but there’s finally been a line drawn in the sand. More and more, we’re seeing brave and outspoken filmmakers using their stories as a gateway to educating society and encouraging acceptance for all. We see these films being showcased at film festivals supporting and encouraging all voices – great and small. Film is powerful. It can change people and society. They evoke conversation and can change your perception of people. The truth is out there and film festivals such as VAFF – Vancouver Asian Film Festival embrace great stories with something to say.

TOE THE LINE tells the story of Gloria Chau – a queer, yet closeted teenage hockey player. Throughout the film’s 23-minute run, we watch Gloria being torn between two worlds: her life on the ice, where she is able to embrace her queer identity and passion for the game, and her home-life – where she faces immense pressure from her mother to excel in school while assuming an identity that’s not hers. This film also demonstrates subtle prejudices that people of colour face in white-dominated sports.

Toe the Line is written and directed by Carolyn (Jay) Wu and is produced by Fonna Seidu. Ocean Tang is the lead, she plays on the girls hockey team and carries much of the story’s weight through a major character arc in finding acceptance. There was a lot of help from the Asian community, the LGBTQ community and Carolyn’s old Highschool girls’ hockey team. It takes many hands to create a film, even a short one.

I was extremely honoured to interview the writer/director Carolyn (Jay) Wu and producer Fonna Seidu. They flew out from Toronto to premiere their film at VAFF. I only know that it was nominated, but I know there are many awards in the near future! The journey has only begun for this incredible film and I know audiences will embrace it everywhere.

My two guests were young, they were incredibly smart and their passion for telling great stories is so inspiring. They are the future of filmmaking. Something to say that evokes and impacts! So much to talk about and share. Roll the tape! 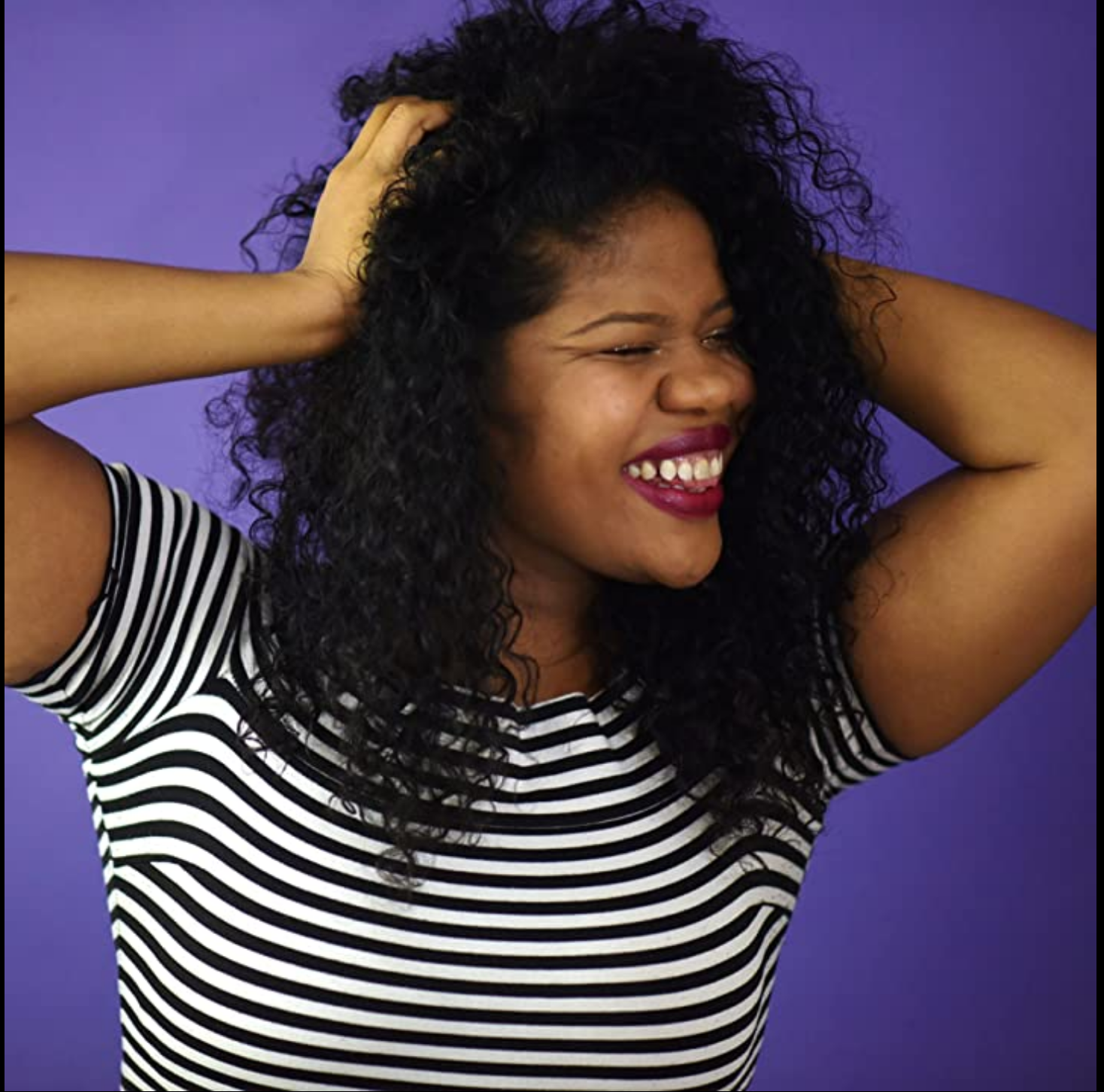 HNMAG “You wrote and directed this film. Can you talk me through the process?”

CAROLYN “I wrote the script in 2019 over the course of a couple months. I made a pitch to the Emerging Filmmakers Pitch through the Breakthroughs Film Festival – BBF. I had won the pitch and it was time to look for a producer and go into production. I started searching for a producer that was a good fit. Some friends had connected me and Fonna together, and she became the lead producer on the film. We got lucky because she was working with us between other projects.”

HNMAG “Why did you want to get involved in this project, Fonna?”

FONNA “Most of the projects I work on are focused on People of Colour, and I also prioritize LGBTQ projects. Curating a team that identifies and prefers to work within both of those groups was something I was definitely anticipating.”

HNMAG “How difficult was it to find someone that could act and play hockey?”

CAROLYN “We used a stunt double for some of the scenes. The number 1 thing was the skating. I did a lot of skating with Ocean (lead actor) and she’s quite athletic. I knew her through community and I knew she could sing, which was another requirement for the role. Ocean fit all the criteria and practised her skating a lot on her own time. We had to also search for other East Asian and female hockey players to be extras in the film. I reached out to the girls’ hockey team from my old Highschool to see if the team would be interested in being in the film. They agreed and they actually had 1 Asian hockey player on the team, who became our stunt double. It worked out great!”

HNMAG “Was this film shot in Toronto?”

CAROLYN “It was actually shot in Hamilton and Grimsby, just outside of Toronto. The school really came through for us and had connections with many hockey arenas, including a large arena in Hamilton – Mohawk 4. They were great and gave us discounts and community rates. We had to do a lot of reshoots in an outdoor arena because of a blizzard, which was difficult to find but Fonna helped with that.”

HNMAG “This film covers a wide range of topics, such as competition in sports, coming out as a gay person in an Asian family. Does it help to open more opportunities for film festivals catering to more diverse films?”

HNMAG “When I watched this film, I really thought it had great potential to become a series. Have you considered a series for this story?”

CAROLYN “It was originally a feature, but it would require a big budget, for elaborate hockey scenes and to maintain the same high production value in those scenes. I also see it as a series as well, but with hockey being so expensive to shoot – it’s hard to realize a series with a budget at that level; considering where I’m at in my career, but it will be percolating for a number of years. Our entire team is made up of racialized and LGBTQ members to 90 plus percent. We were pretty adamant about it and there are a few people that helped out that weren’t… but the vast majority are racialized and/or queer on the team.”

HNMAG “Fonna, are these the types of films you see yourself continuing to make?”

FONNA “Yes, absolutely. I feel that Toe The Line really pushes the needle. After one of the screenings, people were connecting with the lead actress and thanking her for playing that role, and that they felt seen through her character and the film. That positive feedback and the impact stories can have on people is the reason I enjoy producing these films.”

HNMAG “Is VAFF (Vancouver Asian Film Festival) the first festival this film has been in?”

CAROLYN  “Yes, VAFF has been it’s world premiere and it was an in-person screening, which was exciting for us. Canada has a large vibrant East Asian and Chinese diaspora and having the opportunity to premiere at a Canadian Asian focused festival was really important. I’m really grateful that the team at VAFF were so lovely and supportive. Being able to share this film with our communities really makes a big difference, in terms of audience reaction.  When we navigate through various festivals to premiere the film, we’re looking for good people that support good content. Knowing that they’re so connected to their communities and the people that want to hear these stories was another great benefit of premiering at VAFF.”

HNMAG “Have you submitted to other festivals yet?”

CAROLYN “We have, we want to do the Asian route in the US and have been exploring our options. There’s one in San Francisco, another one in LA and New York. There are quite a few queer Asian filmmakers that are coming out now, so I’d love to go and meet with them, share the film and get their support.”

FONNA “I would also like to add, at the screening we were approached by people that were interested in bringing the film to schools. We’ll be looking into educational distribution and outside of traditional distribution, to be able to continue to share the film. I’d like to see it on the backseat of a plane (laughing). They can purchase the film and you never know where it can grow from there.”

HNMAG “What’s the most extreme sport you have both tried?”

FONNA “I don’t know if it’s extreme, but a little rock climbing. I’ve done some activities in some extreme places.  I did a hike and yoga retreat at Yosemite that was dope – extreme camping (laughing)! Nothing too extreme I guess, but we’ve gotten into some fights on our sports team, which have been pretty extreme (laughing).”

CAROLYN “I snowboard, which is pretty extreme. I love coming out to Whistler, there’s some incredible mountains out west. I’m a little bit of a speed demon.”

Carolyn adds, “We really hope this film will resonate with young queer kids. It was a very personal project for me and the more people it resonates with, the better. Also, a huge thanks to Ocean for doing this, I’m so grateful for her participation in it. We’re hopeful that people will respond to it.”

Toe the Line premiered Nov. 6 at VAFF and Carolyn and Fonna tell me they thoroughly enjoyed their stay in Vancouver. They are so incredibly nice and kind, and I know they will be greeted with open arms at every festival event. We wish them the very best with their film, coming to a theatre near you!