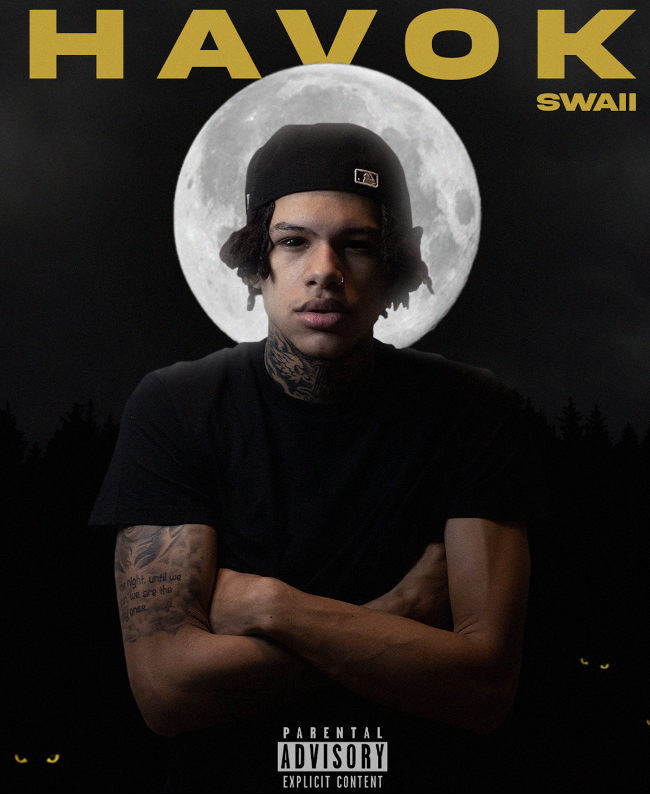 Music has no age limit, no expiry date and no limits. If you’re new on the music scene, you want to make music that leaves an impression, a footprint, your stamp and your style. It’s a tricky approach that causes many young artists to hesitate, recalculate, litigate and propagate their reasons for making music and how best to launch it out of the gates. Do you want to get people up and dancing, sitting and tapping while thinking, laughing or crying… or embracing and smooching? No pressure, right? If you take that stage and you look out into the crowd of hundreds or thousands, you better come prepared, you better impress and you better be ready for the energy of that crowd – when they love you and scream your name!

It takes a thick skin and a ton of confidence to be an entertainer, but some are born to sing, dance, play and perform. A music artist doesn’t choose music, music chooses them. It’s up to the performer, how they wield it and inspire others with it. They have that power to make people rise up or channel that energy into their own lives and their own relationships. Music can influence you to take chances, make change or exercise your personal demons. It’s always been my choice of therapy. Turn the volume to 10 and have that out of body experience and let yourself go…. providing your neighbours are out and they don’t have a dog.

SWAII is a new music artist on the scene that is ready to move an audience and own the stage! He was born to entertain and broke into the music industry as a dancer. He’s been in many music videos and has choreographed other dancers before discovering his vocals and music creating gift. He released his new single and music video, ‘HAVOK’ just ahead of summer. It comes on the heels of the artists first single, ‘Consider Me.’ Swaii was determined to find his own sound and walk in his own light, not the light of others.  His way of keeping it personal.  No excuses. His fans will know what he’s about as soon as he takes that stage. Even though it’s been a difficult year for artists, music never stops. With his rapidly growing fan base, Swaii continues to work on his music.  When we are post-Covid and event venues are up and running, the fans will see and hear what everyone is talking about.

“HAVOK” single and music video is available now on all platforms.
Get to know the artist….  https://youtu.be/FLbIYGBRlp4

I brought myself up to speed listening to this talented artist’s music and I am impressed that another Canadian will be taking over the music charts. He comes out strong and ready to earn his seat at the table, so everyone better make room because Swaii is here to stay.

I caught up with Swaii in Niagara Falls and we had a terrific conversation about his music.

HNMAG “This new track that you just dropped – Havok, has put your own signature on your music. Good job! What do you want your listeners to take away from it?”

SWAII “I haven’t gotten too deep into lyrics yet, I’m focusing on letting people know what my sound is about right now. However, in the future, I want the things I’m singing about to stick with them, whether that’s about relationships or life in general. I want to be remembered for the things I said and how I sounded.”

HNMAG “Because you are quite fresh in your music career, who are some of your musical influences?”

SWAII “I definitely like Hip Hop artist Ruby Red. He’s versatile and there’s so many things that he can do with his voice. It’s shown me the possibilities of my own voice and using it in more ways, in addition to rapping, singing or even screaming in my music. He shows you that it’s possible to play with range and make it sound good without risking ridicule. I’ve always looked up to talented and creative people.”

HNMAG “How do you want to influence people in their lives?”

SWAII “I like to show people that I go through the same things other people go through and we’re all human. I want to help people through my music and lyrics and offer advice if I think it’s helpful.”

HNMAG “Before music, you were a dancer. Were you choreographing dancers in music videos?”

SWAII “Yes I was. I was working with my mom on music videos for 4 years. She’s still doing it but I’ve drifted away from it to concentrate on my music.”

HNMAG “Can you describe what your music creating process is like?”

SWAII “I’ll sit somewhere comfortable for 30 mins to an hour and write something. I’ll take the best of that and go into the studio and freestyle the rest. I’ll then re-record some stuff until I hear something that sounds good. I do it off the top because I have a hard time sitting and overthinking what I want to write.”

HNMAG “Can you describe what it feels like after you’ve finished the final touches on a track/new song?”

SWAII “It’s a real feeling of accomplishment and it proves that whatever I put my mind to, is possible. Initially, I always have doubts, whenever I go into the studio and record something and I don’t like the way it sounds. I’ll beat myself up about it, but by the end of the day I’ll have re-recorded the verse 30 times and realize how far the song has come. That is so gratifying and makes me pretty happy.”

HNMAG “You haven’t had an opportunity to perform live in front of a crowd… yet. What can we all expect when you do take that stage?”

SWAII “A lot of energy (laughing). A lot of me introducing myself to the world and showing them what I can do, who I am and what I’m capable of. I have danced and performed in front of a crowd before, so I’m not a very nervous person. When the stage is there, it’s mine.”

HNMAG “As a new music artist on the scene, where do you think you will find your audience, in terms of age bracket and demographic?”

SWAII “From statistics, I’d say from ages 13-24 and regardless of culture.”

HNMAG “Do you have a lot of music artists giving you advice on your career?”

SWAII “No, not really. They’re always telling me that my stuff is good and keep pushing, your time will come. Nobody really picks or nags about what I’m doing, they just let me do my thing.”

HNMAG “When you came out with your first single – Consider Me, you worked with some of Canada’s best artists. Did you want to give a shout out to them?”

SWAII “Jay Vans is a very good singer out of St. Catharines, Ont. I have a feature with him called Cutting Ties and without him, it wouldn’t have been the same experience or as good of a song. It was a great process and he’s really growing as an artist. Big shout out to him. He helped me out quite a bit because when I came in, I usually rap, but he pushed me outside my comfort zone to make me sing notes that I’d never go into the studio to try and sing. Without him I’d never know that it was possible.”

HNMAG “When can we expect a full album?”

SWAII “I have 2 singles that I wanna drop, then I was hoping to do an album. I might drop 1 single and then do the album – so I’d say… in a 2-month period; the end of July. I’m very excited, I’ve never done anything like it but I think people will love it.”

HNMAG “Time for a few fun questions. Can you finish this sentence for me? In 5 years, I will be performing at…?”

SWAII “Rolling Loud. There Are about 40 artists that perform there. I always watch it on Youtube and the amount of people that go to it is insane. I’d love to see that crowd listening to my music.”

SWAII “Umm…. it was a ghost pepper. People were telling me that it wasn’t hot. I’d always tried spicy foods and hot sauce, so I knew I could do this. Everyone was saying that I should take a little bite, but I bit half the pepper… and my mouth was numb for 2 hours.”

HNMAG “If you were stranded on an island and only had one number show up on your cell phone, because your phone is malfunctioning and the lions have now picked up your scent. Whose number would you hope to call to rescue you?”

SWAII “… I would say my mom. No matter what time it is or where she is, in a jump, she will be there.

What a great talk. Swaii is a class act and a real gentleman. As a young man, he has so much room to grow and many things to say. Get ready world because Swaii is on the move.