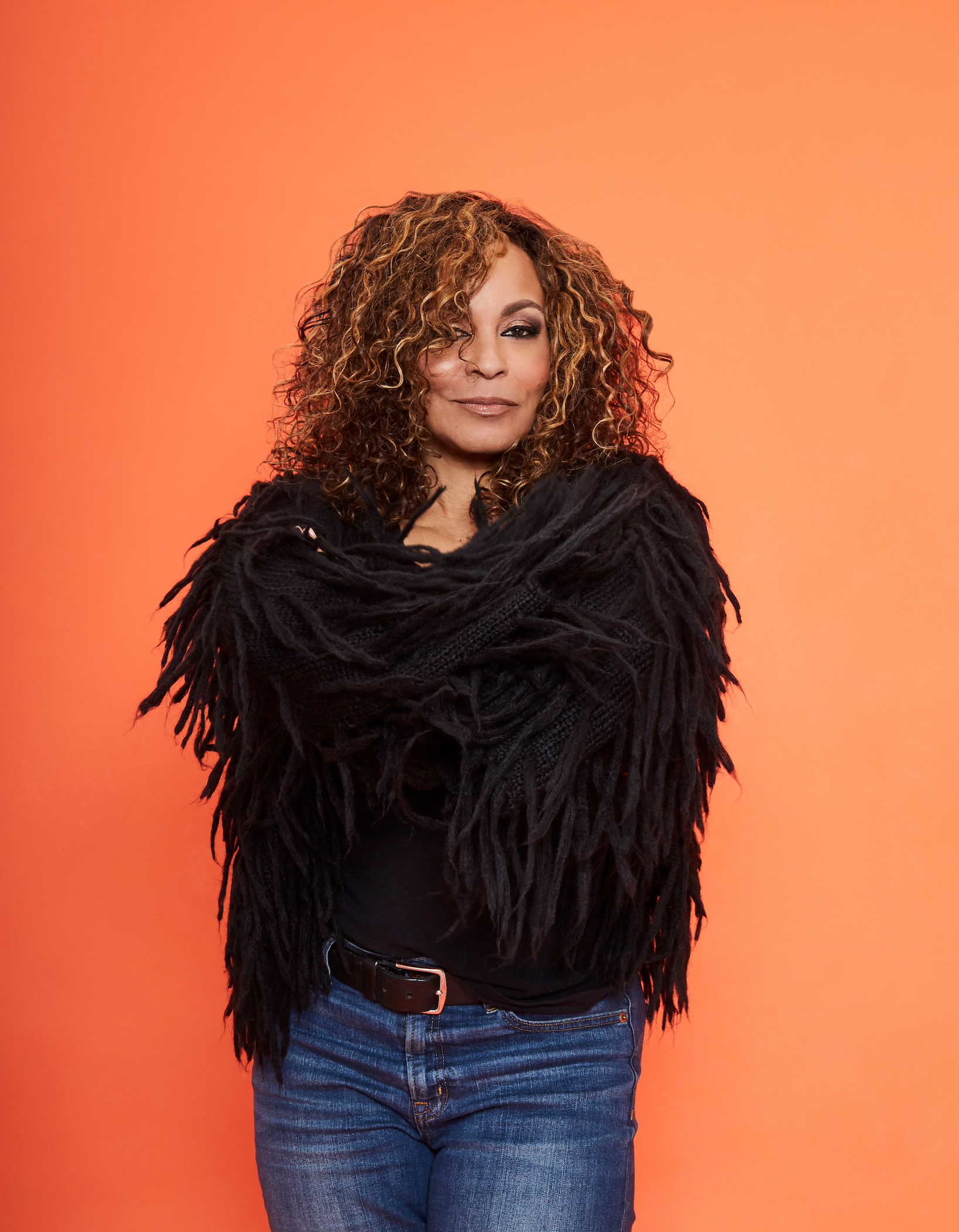 A good advocate for help is always someone that’s been through the trenches. It’s difficult to take advice from someone that can ‘only imagine’ how difficult life’s chapters have been on a person. When you’re reaching for a hand up or a shoulder to lean on, you really hope that they know how to hang on and shoulder ‘the burden’, cause it’s going to be a long night. Being an advocate for others is a selfless undertaking that most volunteer for. They can come from a place of brokenness, helplessness and perseverance or it can come from a visceral compulsion from within, to be part of the solution.

McFadden-Curtis is a lifelong social advocate for women and children.  BROKEN VOWS follows the socially conscious producer’s previous projects: Bullying: A Culture of Silence, Cyber Bullying: Where Are We Going Wrong? & Shane r u there? Sunnie McFadden-Curtis and her son Brennan were honored to be invited to the United States Senate to take part in roundtable discussions pertaining to ways to make schools safer through anti-bullying education and as a keynote speaker, McFadden-Curtis has also spoken internationally on anti-bullying, providing screenings of her powerful documentary.

The multi-award-winning feature-length documentary BROKEN VOWS: Stories of Separation takes you into the lives of women, their personal stories, and tales of those caught in the crossfire of marriage breakdown and separation. Directed by multi-award-winner Sunnie McFadden-Curtis and produced by her production company, Benchboy Productions inc. BROKEN VOWS shows why separation can be one of the most psychologically exhausting times in a woman’s life. It explains there is often an expectation to make life-altering decisions under extreme duress, and evolve rapidly in a world churning with mega-issues. BROKEN VOWS is about a universal theme with global appeal, yet it provides solace to individuals who need to know they are not alone anymore.

As a divorcee, I was looking forward to speaking with Sunnie to see if there was anything to offer men in the film and I was quite happily surprised by her answer. Without further ado, here is that interview. Roll the tape!

HNMAG “Was it your own separation that prompted you to make this documentary?”

SUNNIE “That’s a two-part question because I kept meeting an influx of women going through separation and a lot of them were sequestered in the court system for years and I couldn’t understand why they would allow it. They were stuck in a holding pattern and then subsequently, I went through a separation. I went on a journey 5 years ago because I needed some questions answered.  It was through doing that, I had decided to make a documentary because I had seen an absolute need for it and a void for the information.”

HNMAG “This film is designed to provide answers to women but is there something that men can also take away from it?”

SUNNIE “Although this film is almost exclusively women driven, it’s their stories and not necessarily their points of view. It’s also not tilted… it’s them regaining their voices. There is something in this film for everyone to learn from. I interviewed the father of one of the subjects and what he had experienced through assisting his daughter. It had brought up things for him and his own parents separating. If there are young couples thinking of marriage, there is information in this film on ‘what not to do’, what to take into your marriage and what not to. In the film I also speak with experts.”

HNMAG “You mentioned earlier that you needed questions answered. Does this film answer those questions for other women as well?”

SUNNIE “One thing that I hope women will be able to walk away with after watching this film, is having the ability to walk from the darkness to the light and begin the healing process. Most of my questions were answered but for the other unanswered ones, I interviewed a family law judge for them. One of the women in my documentary had an amicable divorce and even though it was amicable, she was still deeply saddened by the situation and affected by it greatly. I try to show all aspects of it.”

SUNNIE “I did interview a gentleman out of San Diego, Bill Eddy – who is a mediator, a lawyer and a therapist and his suggestion was, before you make any long-term decisions, you should be dating someone for at least a year. Don’t get married, don’t move in, don’t buy a house together.”

HNMAG “Considering an engagement and later marriage to a violent partner, are there always warning signs of impending violence before marriage?”

SUNNIE “Going back to Bill Eddy, he says that people that tend to be violent can hide it, which is why he suggests you wait a year to see those signs.” 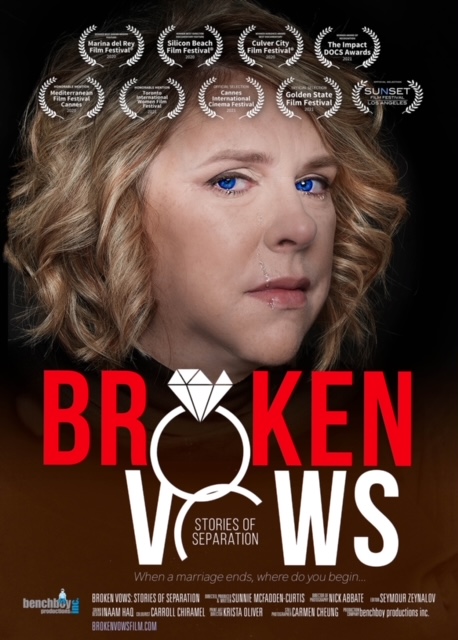 HNMAG “Did you find a common thread between a higher divorce rate amongst couples without children?”

SUNNIE “You’re talking about divorce and I’m talking about separation. It’s really difficult to find stats on separation because they’re usually geared toward divorce, so it’s easier to collect data on issues that are brought forth to the courts as opposed to people that separate for years and may not proceed with divorce, therefore nobody is going to collect those stats. It’s been very challenging to find any accurate stats on separation. Some people might go through a dispute resolution process, called ADR. It’s also called collaborative family law, where they will work with various experts to go through a non litigation divorce. The only accurate stats one could get on separation divorce is on divorce because of the filings.”

HNMAG “How did you go about collecting data on separation?”

SUNNIE “It was painstaking but early on I did find something in reference to 50% of couples that separate go onto divorce. If people aren’t submitting that information, how can you collect that data? When you google separation, 99 % of the time, divorce will come up. My focus had to be hearing their stories and helping them and those watching the documentary by providing resources.”

HNMAG “You are including a Resource of information at the end of the documentary?”

SUNNIE “It’s actually called Broken Vows: Stories of Separation – The Resource. It’s a separate component and it will be in 6 – 7 volumes. Within those volumes will be 1, 2 or 3 chapters. For example, there’ll be a volume strictly on legal, where you’ll have 4 different lawyers and a judge speaking to it. After you’ve watched it, you’ll have a better direction on which direction to turn. Whether that’s litigation, mediation or collaboration. I also have a volume on wellness – how does one take of themselves?  It’s digital and blu-ray and is a separate component that is 8 hours long in its entirety with separate volumes that answer 350 questions.”

HNMAG “That’s amazing!  How long did it take to create that?”

SUNNIE “While I was filming the documentary, I was filming for that simultaneously. I was getting such amazing and useful information from my subjects that there was no way it was going to land on the editing floor. It had always been my intention to do this piece but it ended up being more than what I anticipated and had hoped for.”

HNMAG “Why don’t I ask you a couple fun questions. (Sunnie agrees) Where is your favourite place to travel for a holiday?”

SUNNIE “If it’s anywhere in the world, Thailand. I’ve only been there once but I spent a month there. Everywhere you go, there is good music. I went there with my daughter and we had the most amazing time.”

HNMAG “Would you rather go swimming in a pool or the ocean?”

SUNNIE “The ocean but it would depend on how wild the water was or if they’re sharks.”

HNMAG “If you could hang out with anyone in the world for a day, be it a celebrity, politician, chef or anyone that truly inspires you, who would that be?”

SUNNIE “Can I pick 2? Michelle Obama would be one. Oprah and Ellen would be my second choice… ok Oprah (laughing). Michelle for my advocacy work and Oprah for the stories.”

HNMAG “If you had a magic power, what would you want it to be?”

SUNNIE “Even though I have this power already… changing people’s minds with important things, not just overall.” 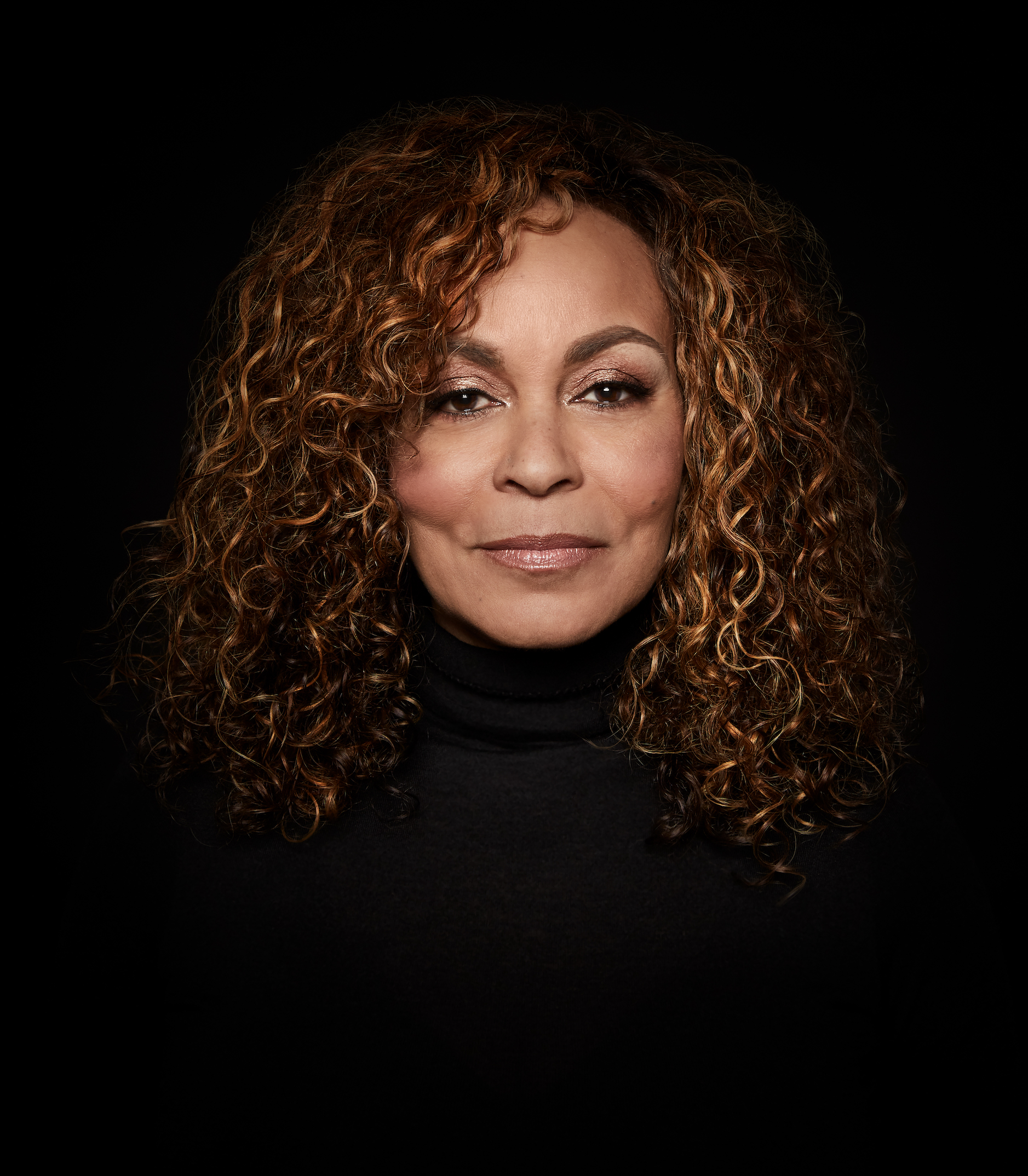 Sunnie follows up with “If I can help women, subsequently I help their children because they happen to be our future.”

HNMAG “Where can people see this film?”

SUNNIE “Right now it’s touring the festival circuit but will be heading off to Cannes International Cinema next and I’m crossing my fingers for other big ones. It’s already won 6 awards and it’s been nominated for 7.”

What an amazing human being. I always tip my hat to people that can pay it forward because of what they’ve learned from a similar situation. Making the world a better place one day at a time and keeping it sunny is what Sunnie McFadden-Curtis does best!

BROKEN VOWS: The Resource will be available for purchase at: www.brokenvowsfilm.com