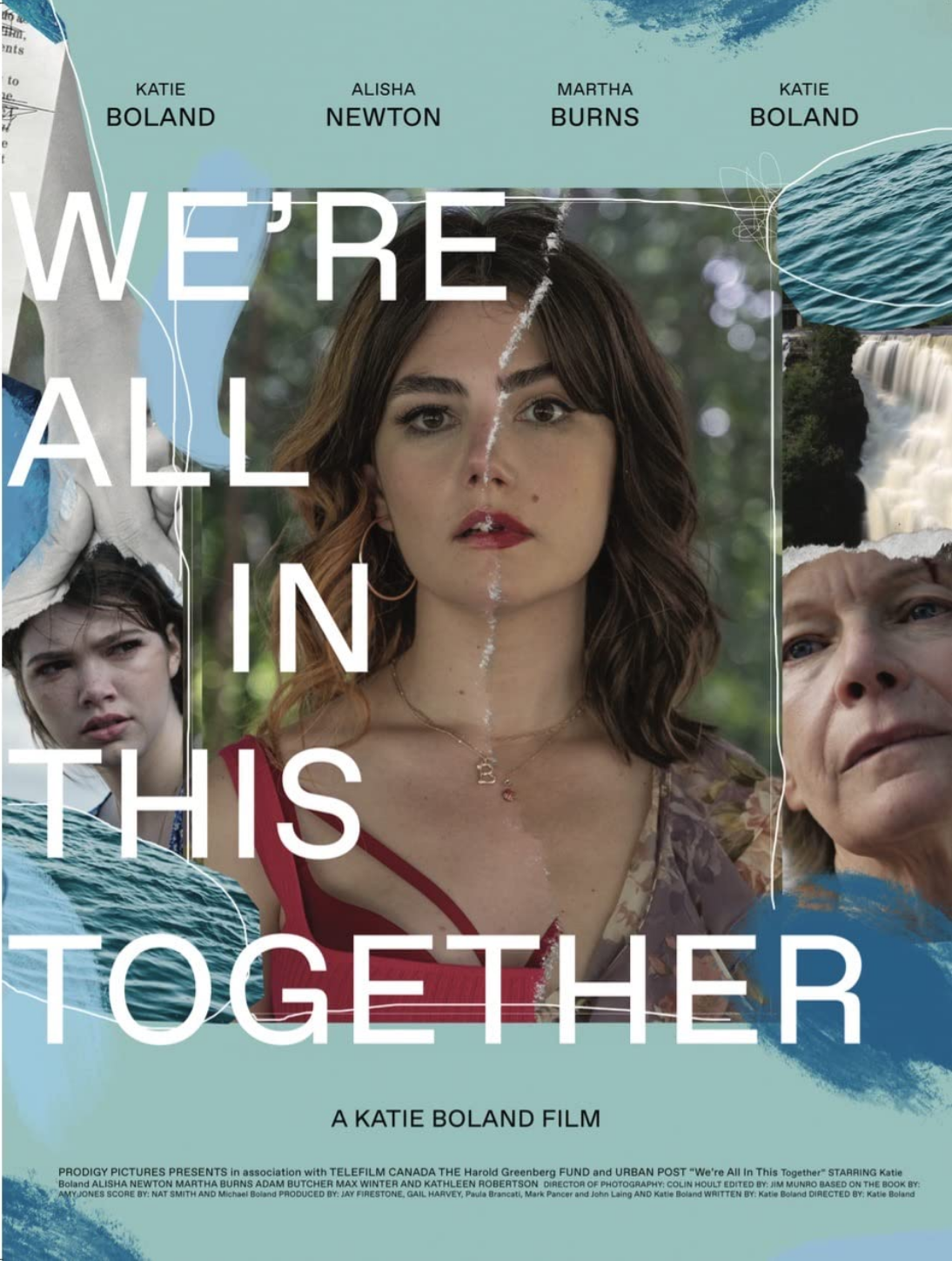 If you believe in Santa, then you know he arrived early this year at the Whistler Film Festival. The festival has returned with bells on and everyone started opening their films from Dec.1 – 5th. There were so many happy guests and there were plenty of gifts for everyone!

One of Whistler’s Stars to Watch is Katie Boland. She brought her gift, entitled We’re All In This Together.  It’s a heartwarming film that will tug on your emotions like a kite on a windy day. If you grew up with siblings, then you know that we fight, we laugh, we cry but we always try to have each other’s back when it’s needed the most. Boland brought the goods and the crowd was very grateful. There is no crowd like a Whistler Festival crowd, especially a film deprived one. This film delves into the secrets we like to keep within the family… but once and awhile, those secrets find a way outside the household. Life isn’t perfect, so there’s no point pretending when the cat’s out of the bag. Sooner or later, we face the music and we have to sing a new song. If that music sounds like mental illness, then it’s important the entire family learns the words. Boland adapted the novel of the same name into the screenplay.

Boland is extraordinary, stretching her acting prowess to master two roles in this film – playing twin sisters. One is conservative, while the other might have a tattoo of an antonym stating otherwise. The performances are flawless and I think I was already 20 mins into the film before I realized they were portrayed by the same person. The rest of the cast are equally outstanding and exceptional in their own right. Martha Burns, Alisha Newton, Matilda Davidson, Nicole Stamp, Adam Butcher, Jenna Raven, Madison Cheeatow and Daniel Jun. Boland brought her entire hat collection – the director, writer, actor and producer ones. Paula Brancati also produced and cinematographer Colin Hoult brought his best to the film.

Although Boland has carved a path in acting, her feature directing debut has got our attention and there is no ceiling that she can’t raise. I enjoyed this film and the message embedded within it. A family that lives with mental illness needs many shoulders to support each other and doing the right thing at the right time makes the family stronger.

I had the incredible opportunity to speak with Katie Boland about her film and how it all started. Roll the tape!

HNMAG “This is an outstanding performance; it must’ve been quite an undertaking. I read that this story is based on a book?”

KATIE “Yes, I adapted a best-selling Canadian novel by Amy Jones, by the same title, We’re All In This Together. I think Amy is a fantastic writer and her voice is so sharp and distinct. When I read it, I knew that it could easily be turned into a film.”

HNMAG “Can you explain the process of adapting the book into a screenplay?”

KATIE “It was definitely an interesting process. The book is over 400 pages with a lot of storylines and points of view, so I really had to focus on the twin’s story line and determine what the important themes of the book were, so that I could shoot within the parameters of the film’s budget. It was a lot of putting things in and taking them out, much like building a collage.”

HNMAG “What was it about the story that inspired you to adapt it into a film?”

KATIE “I was very interested, how the generational trauma in the family had trickled through to all the different characters. I was also interested in the way that each of them had reacted to the moment when their mother goes viral and how it forces them to come together. I’ve always been interested in families and how they’re so rich; there’s so many layers and there’s so much to say. It was all of that, with the added opportunity to play twins.”

HNMAG “It was an incredible performance, taking on a dual role as twins. Was that a difficult task?”

KATIE “It was very difficult and very nerve-racking. Before we started shooting, I had a lot of anxiety over whether or not I could pull it off. It was definitely a challenge.”

HNMAG “Considering that you play 2 roles in this film, did it take much more time to shoot it in comparison to a 1 character role?”

KATIE “I worked with an actress, Michaela Vassouire; she was my double. I was acting off of her, she’s a great actress. You would see the back of her shoulder, or her wig but it’s definitely more complicated from a technical standpoint. Hair, make-up and wardrobe was more time consuming when changing from one twin to another and the shortest amount of time to switch over between both characters was 27 minutes. I worked very closely with the cinematographer, Colin Hoult. We had our shot list and knew which shots we wanted and had months of conversation before going into the shoot. There are certain realities of filming twins that require more preparation.”

HNMAG “What is the message you’d like the audience to walk away with?”

KATIE “There’s a lot of families out there that have mental illness, I’ve loved a lot of people with mental illness and if you know someone going through an episode or dealing with a crisis – maybe you can have more compassion. There is a lot more going on below the surface and this is someone that loves and is loved.”

HNMAG “How was the audience’s response to this film?”

KATIE “The audience response was so wonderful and I was totally surprised that we got people out, given that there was a province wide state of emergency. We had full theatres both nights and it was great to see it on a big screen with an audience because it hadn’t really happened yet – it’s nice to hear people laughing. It was wonderful and I was thrilled by the reception.”

HNMAG “Do you have distribution for the film?”

KATIE “I do, I have a distributor in Canada, Vortex Media and in the US, Prodigy Pictures.”

HNMAG “Is it going to be continuing the festival run?”

KATIE “It is. There’s Cinequest in March at Silicon Valley, the Victoria festival and it’s playing at some upcoming International festivals.” 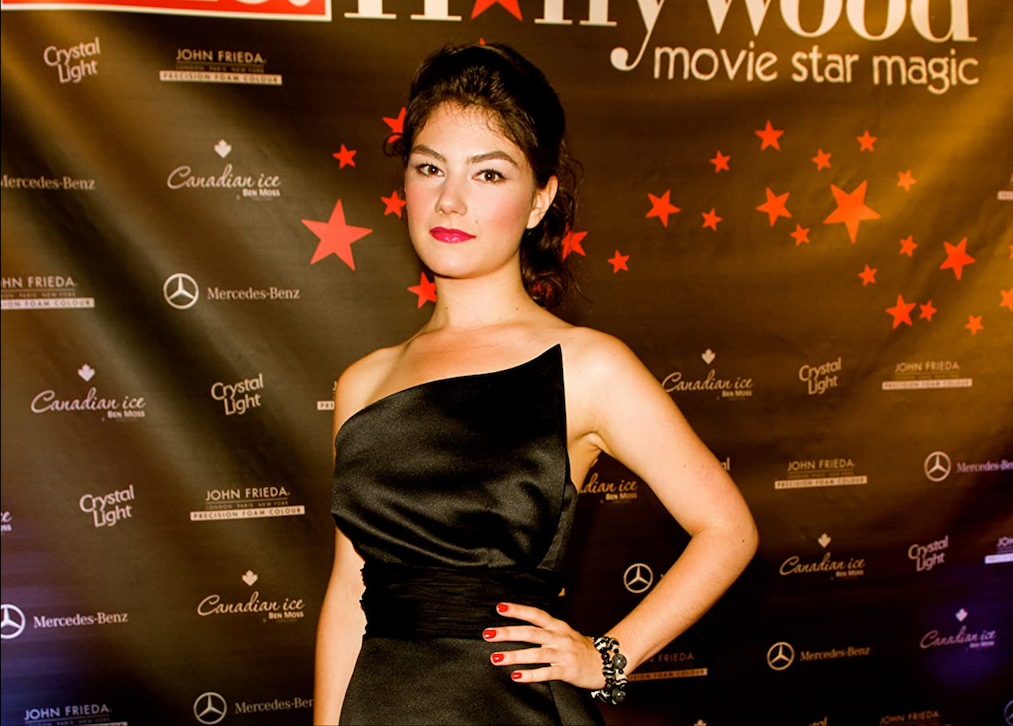 HNMAG “Do you hope to travel to the festivals as well?”

KATIE “I’m hoping to go to the Victoria festival and to keep travelling, provided things stay the way they are.”

HNMAG “You pulled off a marvelous performance playing twins. Had you initially sought out twin actors for the role?”

KATIE “No, no… I knew that I wanted to do it and felt like it was my shot to play this role that nobody else would give me. I always knew I wanted to do it but there certainly were enough people to ask, ‘are you sure’ with suggestions to have them be just sisters and not twins.”

HNMAG “Would you consider this your most challenging role in comparison to other roles in the past?”

KATIE “Yes, I would say it’s the most challenging because I was wearing so many hats at the same time. I don’t think I’d ever get cast as the trashier twin, so I really had to believe in myself. I told myself I can do this, then I had to figure out how to do it. This was the most challenging, all considered. However, I was so stimulated and slightly overwhelmed by taking on so much – that I didn’t really have the time to reconsider the acting, which turned out to be helpful.”

HNMAG “At the end of the film, there is a dedication to your grandmother. Is she still with you?”

KATIE “No, she passed away 3 years ago. She and I were very close. She suffered from bipolar before they had medication for it and lived with it her entire life. She was very open about her struggles with bipolar and was such a forward thinker and advocate for mental health. She spoke with such courage and honesty – she was a wonderful woman and was never defined by her mental illness. Before we finalized the dedication, I asked my mother if Nan would be okay with it. My mom said that she thinks she would have loved it… that made me happy.”

HNMAG “Was this filmed entirely in Niagara Falls?”

KATIE “No, it was actually filmed in Hamilton. It was amazing to shoot there because it had so many fantastic locations and it was easy to make it look like Thunder Bay or a small town. The waterfalls are all visual effects, which was a challenge on its own, because it’s actually illegal to film at waterfalls.”

HNMAG “You certainly faced a lot of challenges in this film. Has it taught you something about yourself?”

KATIE “Yes, it certainly taught me about resilience and never giving up. Moving forward, it taught me to keep a cool head. I can tend to get panicked by things but after going through this experience I’ve learned – if you’re going to lead, you can’t really panic. Most problems have a solution and this film taught me a lot. I hope it can also help other women that wish to write and direct… to believe in themselves.” 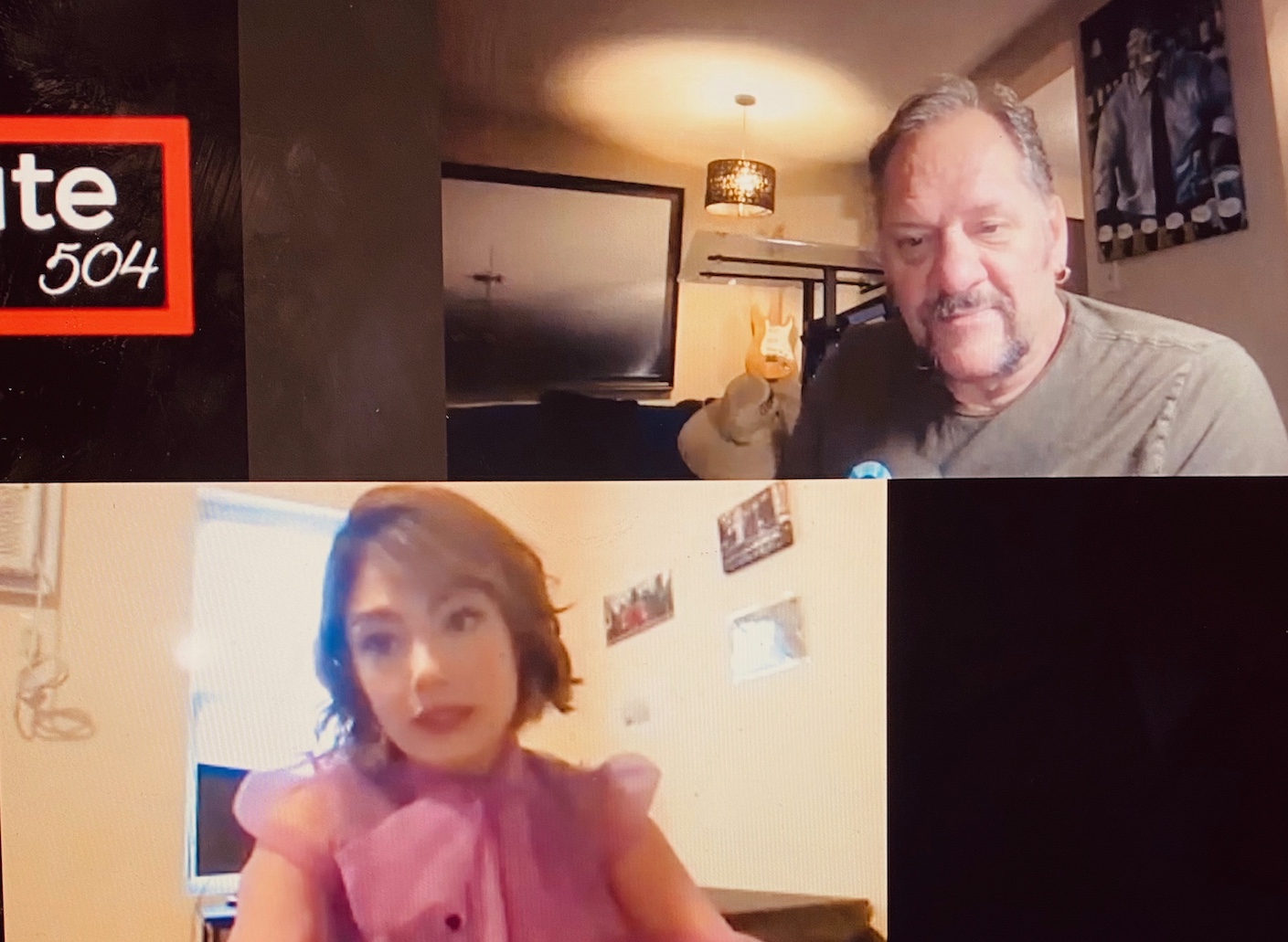 This film is still available to watch on the Whistler website until Dec. 31, so it looks like an early Christmas for everybody! We wish much success for this Canadian film as it launches itself across the globe. Katie Boleman is a finisher and a force. This film is a Canadian diamond that shines like a star.