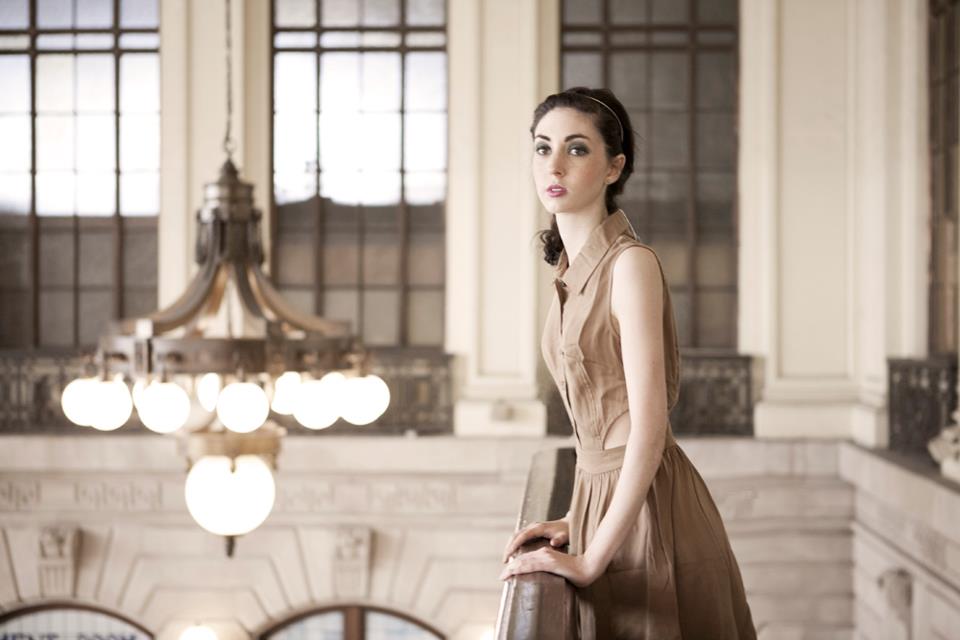 When somebody points a video camera at me I tend to shy away. I become uncomfortable and awkward, I might break out into goofy impressions or make faces. I know I’m not alone and I don’t understand the psychology behind it. It’s a reflex, but why does it happen? Perhaps it’s the element of surprise that makes us awkward or maybe it’s a trigger brought on by the lens and that red light that awakens a cerebral impulse. What can I say, the lens makes me nervous and that hasn’t changed since the introduction of video cameras. I’m much more comfortable being on the operating side of the camera and do appreciate that there are others that blossom in front of the lens.  They help us tell the stories that we write, from history, from fiction and sometimes for commercial purposes.

Acting is a trained skill that requires dedication, passion and ability to take direction. It’s not an easy life having to compete for every role by way of audition followed by weeks of uncertainty and sometimes heavy anxiety. When you see an actor onscreen, try to appreciate that they’ve most likely gone through many personal hells, sacrifices and self-doubt that they made the right decision in their pursuit of an acting career. Although it looks glamorous from the outside and most public perception of a celebrity/actor is that it’s an easy life, when it’s not.

One amazing and very ambitious actress that was willing to spill some beans on the industry is Sara Sue Vallee. She has been acting and performing on stage and in front of the camera since the age of 11. She is versatile, she enjoys challenging herself and she loves being an actress. As a bilingual actor that grew up speaking French, she has carved out a career through hard work, dedication and tenacity to do whatever it takes to get the job done. Her story is incredibly inspiring because it is an underdog one. In my eyes she is a maverick that knows no boundaries, doesn’t subscribe to quitting and is blazing a trail for other amazing women to follow. We can all take a lesson from her story of success and how she arrived there.

“What made you want to pursue acting?”

“When I was a child I wanted to be a singer but living in Quebec City, there were no singing classes being offered. My mom suggested acting, since there were theatre classes available. I began acting while I was in high school and fell in love with playing different characters.  Storytellers embody different people so after high school I decided to pursue it as a career and become an actress.”

“How old were you when you started in theatre?”

“I was 11 years old when I began taking lessons at a studio. Half the year we would be taught acting and the other half we would be acting in performances directed by the instructors. It was a great learning opportunity.”

“What is it about a role that attracts you/gets you excited?”

“There needs to be a challenge and an element of mystery to it. Things that I’m not able to otherwise express as myself but able to express in my craft. I also like to explore stories that are far from me.”

“How do you unwind from a stressful day?”

“I’d say writing, it helps me a lot when I feel stuck in my work or thinking too much. In the mornings I practice yoga and meditation; it really grounds me. I don’t think I could go out into the world, otherwise.” “I love Arts, so whenever I go to Art galleries or the theatre it really inspires me. These are probably my two favourite things to get inspired by. In my daily life I get inspired by events to build characters and write stories.”

“What types of characters do you hope to play?”

“I really want to play a badass character like The Girl With the Dragon Tattoo. I’m really drawn to strong female characters. I would also like to do a body transformation or acquire new skills for a specific role.”

“What are some of your hobbies outside of acting?”

“I workout a lot, I love to go to the gym. I used to do boxing but have taken up climbing as a way to explore new sports. I also started playing guitar a year ago, so I try to maintain that. I love it, ever since I wanted to be a singer when I was younger. It’s like touching on an old dream, but I just enjoy it as a hobby.”

“What is your favourite TV show you love to watch?”

“I would have to say Big Little Lies, I think it’s pretty amazing. I also followed Mad Men, which I love and also, Game of Thrones. I still haven’t seen all of it. Another one that I like is American Horror Story. It’s phenomenal and I’d love to act in a similar project.”

“As a voice over artist, are you good at doing impressions?”

“No, but I’d say yes at character voices. I did some training for accents but I wouldn’t consider myself ready to take on a role with an accent. I think it would require much more training.”

“Would you ever gain weight to play a main character?”

“Definitely but it would depend on how much. It can’t get to a point where it’s dangerous. It also affects your body in the long run so you have to be careful. Like Charlize Theron in Monster, I would do that.”

“You need to travel to a location and the transportation to get you there is a boat, a helicopter and a hot air balloon. Which do you choose?”

“Oh, I’d say a helicopter; I’ve never been on one, it sounds super fun. I haven’t been in a hot-air balloon but I think it would be too slow (laughter).”

“Would you rather play the villain or the hero?”

“It depends on the hero, if she’s a badass then yes. The villain is quite appealing too because it’s outside the typecasting box that I constantly get to play and I think I could pull it off. It’s hard to choose because they both sound fun.” “If you weren’t acting, what other career would you be pursuing?”

“I’ve never come up with a plan B but last year I took a personal training course and I really enjoyed it. It would probably have something to do with training but I’d still like to be in front of the camera and possibly mixed it with animation. I did a Youtube channel for fitness actually so it’s fun to combine both.”

“What are you most proud of in your career?”

“I would say the variety of roles I’ve been able to play so far. With Indie films it’s given me the opportunity to act in many different genres. There was also more openness about the roles that were cast. I got to play a disabled person, a drug addict, an artist, a religious person; so many different roles that taught me a lot.”

“Is it fare to say that you learn something new about a character every time you take on another role?”

“Yes definitely because you have to study the history and habits that make up that character. By studying the backstory, you start building the mental process of that person in order to give it a voice. It’s super fun!”

“Has being bilingual helped you to get certain roles?”

“Yes because it made me different and some roles required a bit of an accent and made the character a little more exotic. You get more opportunities acting in both languages. English isn’t my first language and I’m the only one in my family that speaks it. I studied English in primary school and then intensive English in grade 10. After high school I moved to New York for studies where I was able to pick up on the English and the accent. After I moved to Toronto where I had an accent coach. Now,  and I keep practicing and learning daily.”

“How does your family feel about you being an actress?”

“They totally support me 100 percent.”

Sara Sue Vallee has quite an impressive demo reel on her imdb website. Known for her versatility across drama and comedy, Sara Sue recently starred in the critically acclaimed feature film Spice it Up (2018) produced by C&Y cinema which was a hit in various major film festivals, including Vancouver International Film Festival and Festival du Nouveau Cinema; and the short film Edgar (2019) directed by Jamie Zampini which won Best Sci-Fi Award at The Los Angeles Film Awards, the Honorable mention: Sci-Fi at the Florence Film Awards and the Award of Recognition at the Best Shorts Competition. On television, she has appeared opposite Ron Perlman in The Truth about the Harry Quebert Affair (2019), played the lead role of Naomie in the comedic webseriesOn Parle de Sexe in nomination in 4 categories at the Gemini Awards 2019 and the lead role of Victoria Scott in the popular comedic TV show Dans ma Tete directed by Pascal L’Heureux. She enjoys taking on roles that push her limits of performance. It was a delightful and inspiring conversation and I anticipate seeing Sara in theatres across Canada in the near future.