When you’re family, you accept the bond, the loyalty, the laughter, the tears and the secrets. From the outside, most families appear quite normal – they’re having dinner at a restaurant and everyone seems to be enjoying themselves… however, they could all be in on a family secret capable of tearing the family bubble apart – if anyone – ever – found – out. Maybe it’s a secret because the story around the incident is so complicated, the authorities would have difficulty believing it – so it remains a secret within the family, never to be shared.

In the film All in Madonna, actress Melanie Rose Wilson (Batwoman, The 100, Siren, Death of a Cheerleader) plays a teenage girl Madonna that has been isolated from the rest of the town and high school due to a family secret certain to impact her life. Although her father tries to shield her from an ugly truth, secrets eventually find a way out and into the public. As a teenager enrolled in high school for the first time, the pressure to fit in is turned up to 10 once rumors start to fly. A line is drawn in the sand and the challenge has been laid down. The stakes are high – for All in Madonna. It’s written by Susie Winters and directed by the Award winning Arnold Lim.

This film is making its premiere at the Whistler International Film Festival in the virtual sense. It stars Melanie Rose Wilson as Madonna and she carries the story with the strength of 10 actors. Melanie has been in the industry for 8 plus years but it’s only been the last 3 years where her star has begun to shine brighter and the right people have begun to notice. She has many people that she gives thanks to for that success but after meeting her over Zoom, it’s very apparent that her dedication, focus and passion for acting is responsible for it, even though she insists that it is the people on her team and her family that have helped her to the road of success.

It was an absolute joy to speak with her about her role and why she loves this business.

HNM “You play a teenager named Madonna whose dad may have killed another man. How did you prepare for this complicated role?”

MELANIE “I was really lucky and got cast early. I think I had almost 3 months before we started shooting, which gave me extra time to prepare. I did a lot of backstory work on the family dynamic and relationship with her dad and her mother, to know how she would react in finding some things out as the story unfolded.”

HNM “Would the writer have provided a backstory to Madonna?”

MELANIE “Susie Winters was so great and so collaborative – the script was changing, pretty much up until the shoot. She was open to fielding questions or concerns from all of the cast, so I was able to ask her a lot of questions about her ideas on the character, as well as filling in some of the gaps that I had in my mind about her childhood. She was so open and so amazing to work with.”

HNM “This film wasn’t based on a true story, was it?”

MELANIE “No, our director Arnold Lim might say differently but I believe it’s loosely inspired on his upbringing in small town Alberta, but no murder (laughing).”

HNM “Your character goes through a wide range of emotions throughout the film. What is the hardest emotion for you to bring, when the director says, Action?”

MELANIE “It’s always difficult when you have to be hyper emotional, but I love that about acting, when you get to bring the feelings. The harder part for me, was finding her innocence and her naivety. There’s a scene where she has her first kiss, and we had to film it so many times because Arnold kept insisting that he wanted to feel like I had never kissed anyone before and that it was a new experience. I had to go back to being 17 again and having those experiences… I found that more difficult, than playing out the innocence in her.”

HNM “Wasn’t that only a year ago though?”

MELANIE “(Laughing) Very nice my friend. I will say simply, that I’m over 18 and we’ll leave it at that (laughing).”

HNM “All in Madonna depicts you living in a home in the woods. Are you a city girl or country girl at heart?”

MELANIE “I’m a woodsy girl – I grew up in Squamish, BC. I spent a lot of time in the woods, hiking, camping, Girl Guides and all sorts of outdoor stuff. I moved to St. Albert, Alberta – just West of Edmonton when I was 11, so I’d say it’s been a pretty even split. I’m quite comfortable in a home in nature or the forest… but I also enjoy living in the city and being able to order food at midnight (laughing).”

HNM “Where was the film shot and how long did it take to shoot it?”

MELANIE “It was shot on Vancouver Island, a couple days in Victoria at The Arts College and a few other places on the island, like Saanich. I’m not that familiar with the island and never had an idea where I was in relation to anywhere else (laughing). I was like ‘we’re just in the middle of nowhere in my mind’. We shot in March of 2018 or 2019, for some reason it’s all blended together. It took 1 month to shoot and then we did a round of reshoots and pick-ups, which took another 5-6 days toward the end of the year. I’d be on set for about 18 days out of the month, so I had a lot of time to explore Victoria. It was spring and the weather was exceptionally beautiful for that time of year with very little rain, it was pretty magical. I have the best agent.”

HNM “Would you like to give a shout out to the agency that represents you?”

HNM “What did you like most about your character?”

MELANIE “Because she’d grown up isolated from society and even the people from the small local town; she was so unaware of societal norms and expectations – especially when it came to young women. It was kind of fun to not have that influence of ‘what it’s like to be a teenage girl’ at all. It had nothing to do with her personality or what most teenage girls go through, what they are like or how they are expected to behave, so that was great.” 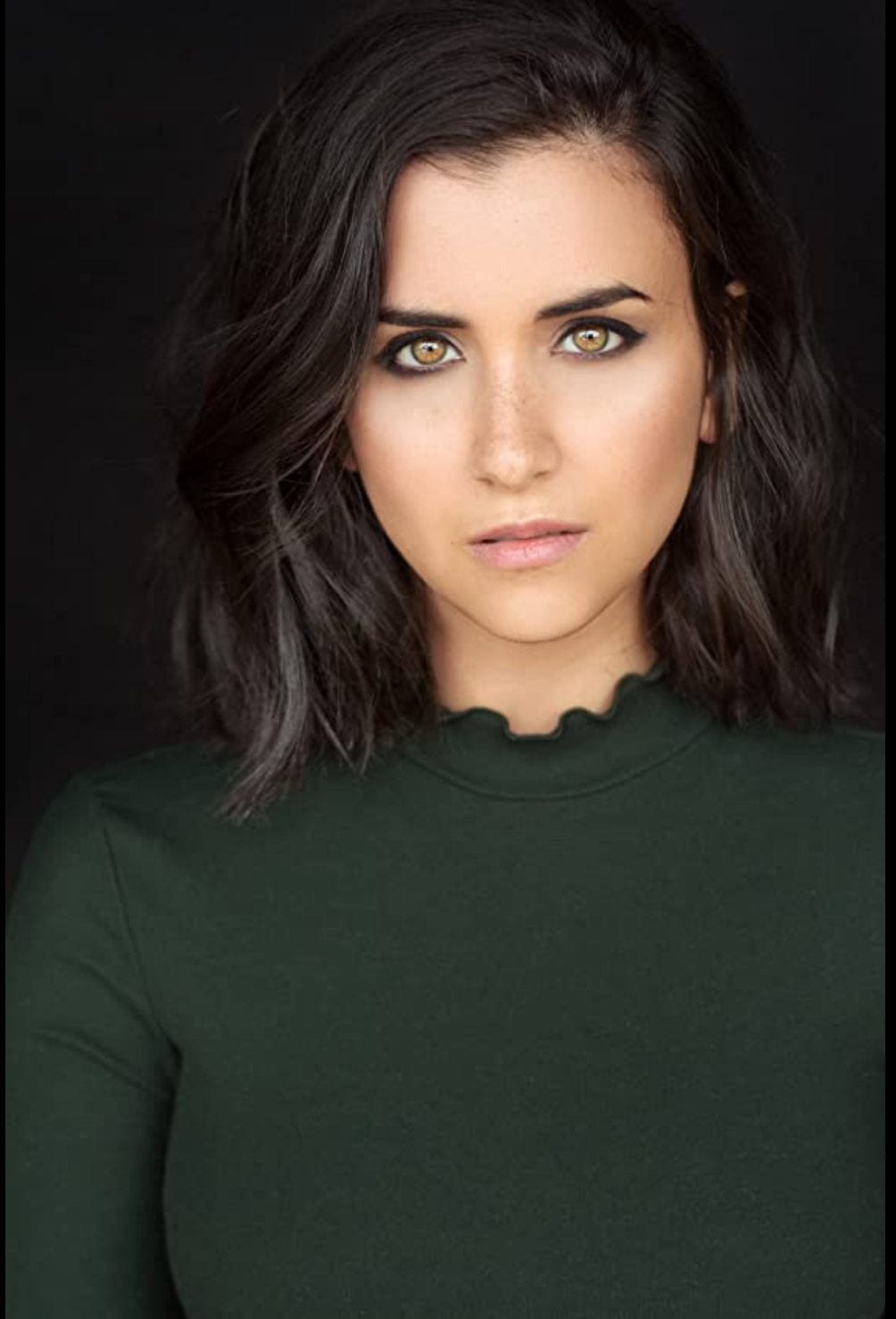 HNM “You get into 2 fights with the same girl in this film. Have you been in fight scenes before and do you enjoy it?”

MELANIE “I have never been in fight scenes before, to my memory. In College, we got to do a master class in stage combat. I was the absolute worst in the class… you can ask any one of my classmates, I was laughably bad (laughing). I was a little nervous when they mentioned that we were going to be doing fight scenes. I was thinking, ‘oh S#!^, I don’t know how good that’s going to be (laughing). Luckily, we had a really good stunt coordinator, Thomas Potter – he was so amazing and made us both feel so comfortable. It was so much fun and Jacki Gunn (Lisa) and I became instant friends through beating the hell out of each other. It was a lot of fun, there’s a lot of moving parts to it… and it took us 5 hours to shoot the major fight scene between us, so it was also tiring. I was padded up for my falls and there was a mat underneath us many times.”

HNM “Judging by your Imdb page, you can play a wide range of ages. Have you ever been cast to play an elderly person with prosthetic makeup?”

HNM “What is your biggest takeaway, being in All in Madonna?

MELANIE “It was probably the most fulfilling experience I’ve ever had acting. I’ve never played a role of that size or caliber before, so to be able to be able to develop a fully rounded person/character and to embody them for an extended period of time, going to set every day, really getting to know the cast and the crew – and to be in the thick of it. I think I surprised myself – you don’t really know what you’re capable of until you’re thrown into it. It was so, so, so fulfilling and because we were filming on a micro-budget, everyone that was there wanted to be there because it was a passion project… it was an awesome experience.”

HNM “Time for a fun question: If you could challenge someone from the film to a Sumo match, wearing those puffy Sumo suits, who would it be?”

MELANIE “OMG! I would challenge Jacki – she plays Lisa and we’ve already had 2 fights in the film. She is incredible at improv and is probably the funniest person I’ve ever met in my entire life (laughing). I’d love to see her in one of those sumo suits and see what kind of trash talk she could come up with. I think that would be my dream… but I think I’d also like to challenge Arnold, our director. I think it would be hilarious. I’m gonna tell Jacki that I did this interview and told them that we should wrestle.”

HNM “What types of roles for women, would you like to see more of?”

MELANIE “I’d like to see more roles for women, where they have full/complete personalities. Many times, you see them as the victim, the girl that needs saving or on the opposite side of the spectrum, you see them as a strong confident woman… but I think a lot of times, roles leave out a lot of ‘what women actually are’ and I would love to see roles where women can be vulnerable, insecure, strong and soft, and everything, even unlikeable women too. I love playing unlikeable characters, where you don’t want to root for them. I think it can be scary to do roles like that, where you’re literally going to be hated – like a nurse Ratchet… but I do think that those roles are the most fun.”

HNM “Back to another fun one. If you had to choose 1 or the other to win a million dollars… would you rather sing karaoke in front of a large crowd or do 1 joke at a live comedy show?”

MELANIE “I would 100 percent do the karaoke! I love karaoke – I always sing ‘Drops of Jupiter’ by Train, it’s my ‘go-to’. Hundreds of people have heard me sing that song because I do it every time, it must be so annoying at this point. Telling a joke at a comedy club would be my biggest nightmare, I’d be so scared to do that. Any kind of improv, stand-up, joke-telling or comedy of any kind is very scary for me (laughing).”

HNM “Who do you look up to in your life?”

MELANIE “My mom… (laughing) is that a silly answer? Literally, my mom hugely – and my little sister hugely. Another super influential person in my life is my acting coach, Deb Podowski. She’s also a person that’s also completely changed my life and my career for the better.” 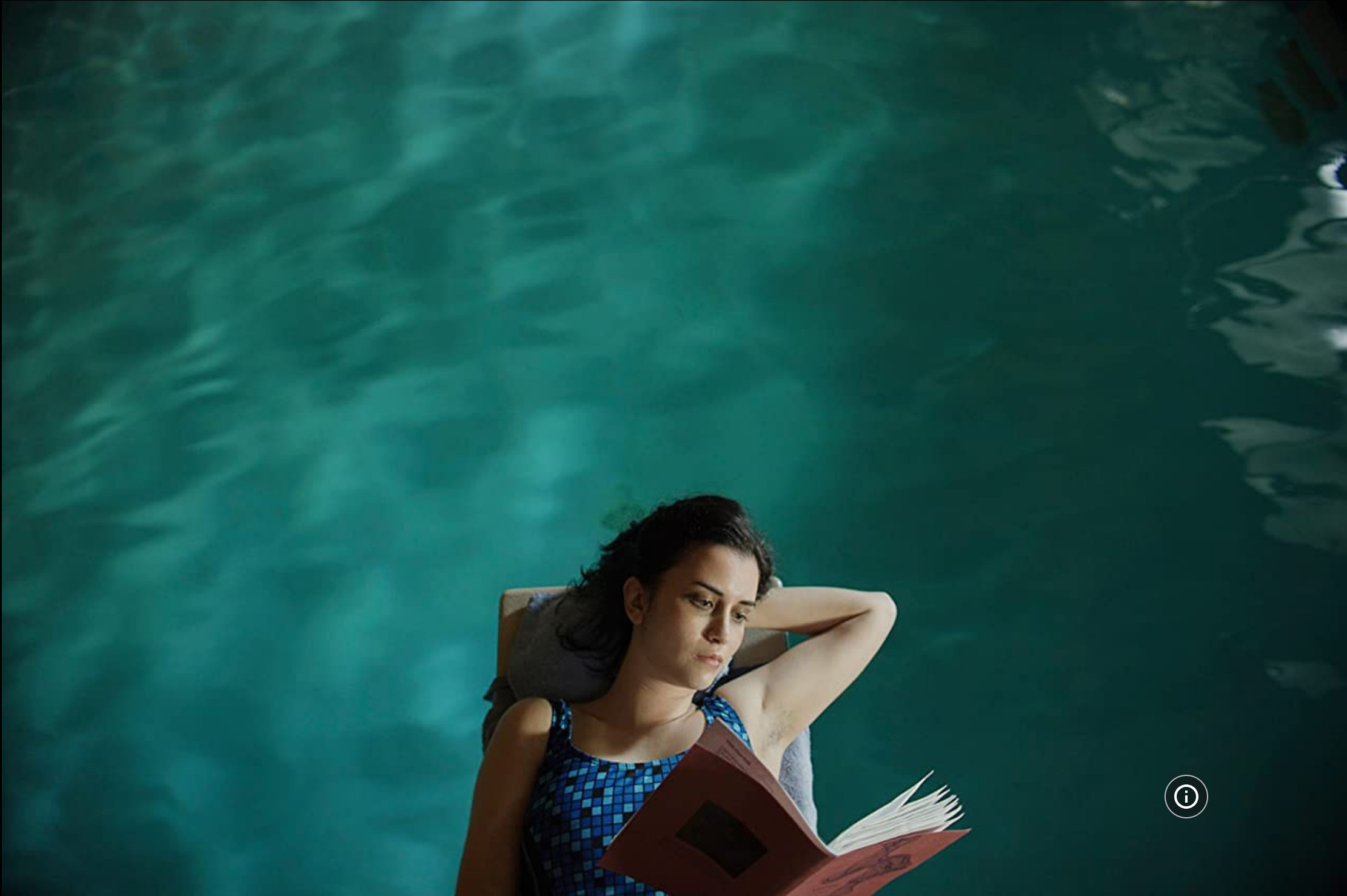 Melanie Rose Wilson is a rising star with all the right ingredients for greatness! It was a privilege talking to her and watching her incredible performance.