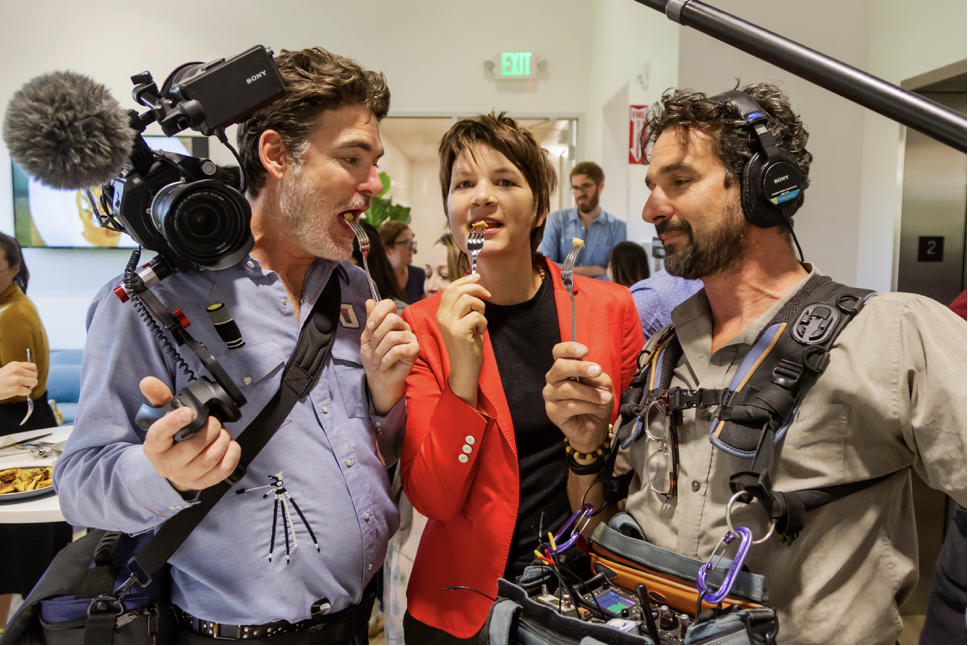 It’s been said that we are what we eat and the 21st century has brought even greater scrutiny on how our food is grown, manufactured and packaged. Much of this has focused on the king of staples: meat. The land, water and resources needed to grow and slaughter animals for our consumption are enormous and a key ingredient in ongoing climate change. Plant-based alternatives have come a long way, but it’s unrealistic to expect most of the population to give up their carnivorous ways (count this writer among the guilty). Enter Dr. Uma Valeti and his revolutionary start-up company Memphis Meats.

While far from being the only enterprise of its kind, Memphis Meats is a key mover and shaker in the “cell-based meat” movement. Their method involves growing meat straight from animal cells, no  slaughter required. It’s a controversial idea to be sure with plenty of pushback yet a solid amount of support from the existing meat industry. The methods and the madness surrounding them are capably chronicled in Liz Marshall’s latest doc Meat the Future.

Keeping Covid-era social distancing in mind, I met Liz virtually over the phone in Vancouver this past week to discuss her coverage of this game-changing innovation.

How did the Meat The Future project begin?

I started following the story exactly four years ago. At that point, I secured the exclusive access required to make a documentary feature that is character driven and told over time. I didn’t know where the story was going or where Memphis Meats and Uma Valeti would end up.

I had an instinct about it. I was excited, fascinated and curious about the advent of this enormous idea, this new concept and I was very drawn to Uma as a main character and as a person. At that point, there were just a small handful of people on the team in the San Francisco Bay Area. Have you tasted the clean meat for yourself?

I did try it. For me, I don’t eat meat but I had no ethical issue whatsoever in tasting the (clean) meat. It was like “wow!” It was exactly what I remember meat to be. It had that sort of chew and bounce and salty, greasy, chewy protein feeling and taste to it.

For me personally, I don’t need to eat meat, but most people in the world eat meat. I know within the cell-based meat industry at large there’s all kinds of (cellular agriculture) start-ups popping up all over the globe. They’re very laser-focused on reaching the consumer to create something that is exactly the meat you’re eating today, just made a different way.

What’s the production process like for following a subject over three and a half years?

Ideally you’re on the ground and you can just jump into the story at any given point. But that was not realistic for us as we’re a Canadian crew. Also, that wasn’t really possible with this kind of story.

So how it worked was my relationship with Uma and with the company allowed me to hear a little bit in advance of some things that may be coming down the pipeline, get ourselves together and get down there.

A documentary story like this evolves, shifts, changes and emerges over time. It’s not a script. It’s a concept and unfolding story. So you have to be on your toes and make decisions all the time about (whether) this is something I can actually gather from an interview during the next shoot or something I can get from a news clip.

As the director, there were times where I’d find I was back in the field with my team and was so glad I was there. Exactly the right choice at the right time. Other times you question your decision and wonder whether this was the right time.

I really enjoyed the unfolding process-driven storytelling that accompanied this particular film.

How do you decide at what point to stop filming and finish the documentary?

It was largely from a story perspective. It was really about the genesis phase and the birth of an industry, not following the manufacturing and scaling up. I’m sure someone else will make the documentary where these projects are on the shelf and consumers are interfacing with those products.

That’s not what this film is. It’s about the big idea being born. So where we are in terms of that story is that in February 2020, there was another unprecedented announcement from Memphis Meats. They raised $161 million towards scaling up the production phase of the next chapter of where this story is going.

At that point, the film was locked and packaged, yet the story continues. You could go on forever covering a story like this. I don’t know how long it will take the regulatory framework to have absolute clarity for the manufacturers. The anticipation is still 2021 that these products will be on the market.

This film is almost a spiritual cousin to your previous film, The Ghosts in Our Machine. Are you planning future works along a similar theme?

It is a spiritual cousin and it’s not only related to The Ghosts in Our Machine. I would say it’s also related to the one that came before that which is called Water on the Table which is about the right to water movement and climate change.

I’m very passionate and committed to environmental and animal issues for sure. I’m also really deeply committed to human rights issues and social justice issues at large. I spent the first half of my career as a storyteller/filmmaker making human rights-related documentaries shot around the globe following all kinds of issues from war-affected children to sweatshops. I care about these issues, I’m inspired by people that are making a difference in the world.

What I’m come to realize is that industrial conventional, animal agriculture is a very big problem and we need solutions. Meat the Future is a solution-focused story and that’s what excites me the most about it. Whereas Ghosts on Our Machine is a consciousness-raising film about a really tough question: Are animals property to be owned and used or are they sentient beings deserving of rights? That’s a really big question that is complex for most people.

As consumers, as human beings, we consume animals in so many different ways without even knowing it. Whether it’s the clothes that we wear or the products that we buy or the food that we eat or even the entertainment we indulge in uses animals. So that’s a much broader and almost more challenging philosophical moral conundrum, whereas I think Meat the Future is like a deep dive into a potential game-changing solution. I love that it was that upbeat, solution-oriented, angle and framework to it. I hope audiences are excited by the film. I hope it piques a real sense of extreme curiosity so that people just want to learn more and understand the topic in a broader, deeper kind of way. I hope it opens minds, that’s the goal.

I’ll also note that it’s controversial and that people will react in a way that could be quite visceral. The topic of meat is very personal. Most people eat meat and so I think the reactions for some will be sort of a rejection of the idea. But my hope is that there’s an opening of awareness and a receptivity to exploring and learning and becoming aware of something that is game changing.

Meat the Future screens nationally on CBC on Thursday, May 7 @ 8:00pm PT/ET