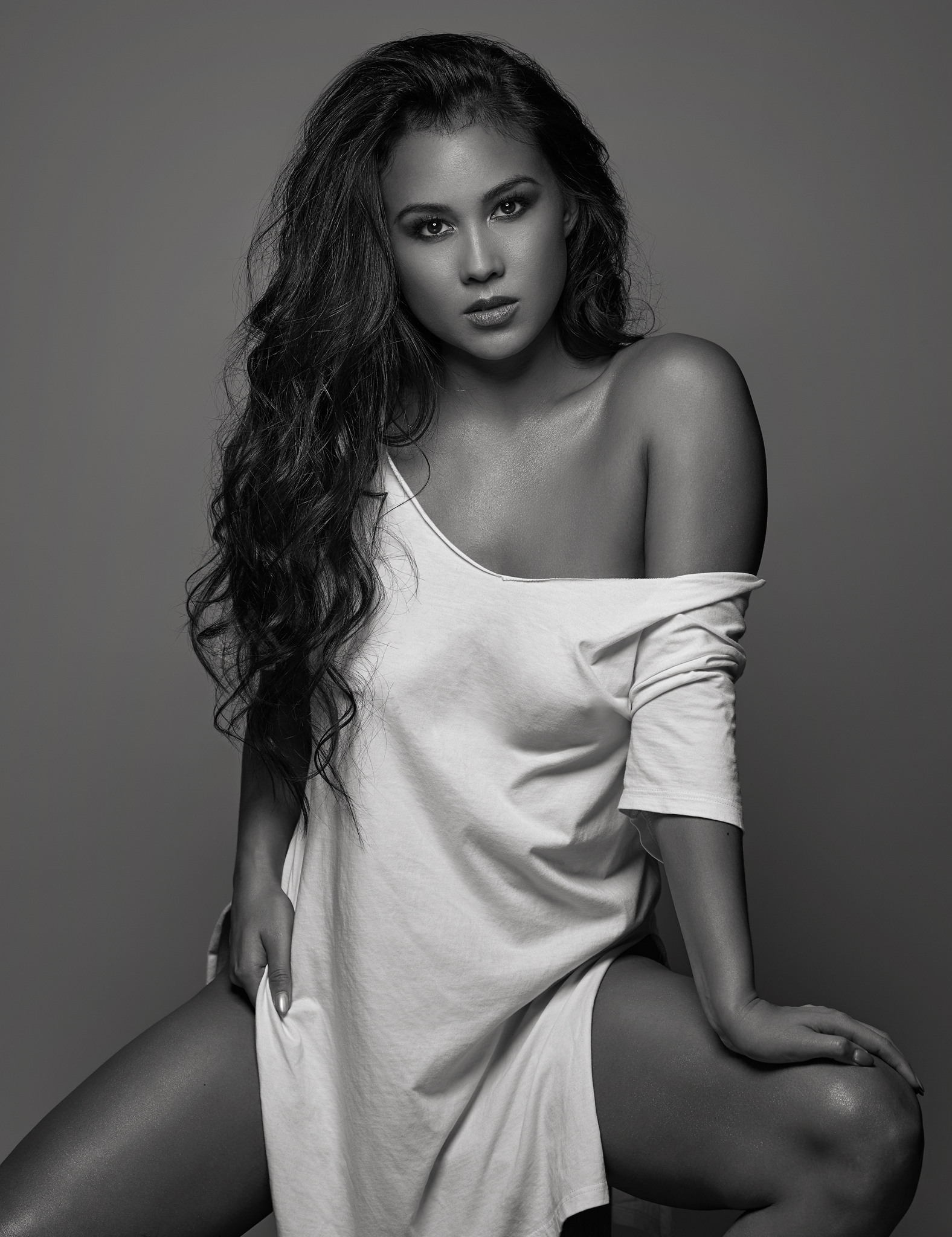 It’s not often that I get to talk to the future of entertainment, but that recently happened with Keilani Elizabeth Rose. She is a bulldozer disguised as a tricycle with cute fringes hanging from the handlebars. Don’t let that inviting smile and pretty face fool you, she is wearing her game face behind it all and is in it to win it. Keilani is just out of the gates and has already been featured on the hit shows, Once Upon a Time, Lucifer, Six, A Series of Unfortunate Events, & The Magicians. Her most recent feature film projects, The Color Rose, Woodland and Within The Silence had world premieres in 2020.

In addition to acting, Keilani is also a model, writer, producer, dancer and DJ. Keilani was crowned Miss Asia in 2016 and currently splits her time between Vancouver and LA. She is originally from the Lheidli T’enneh Territory – what is colonially known as Prince George, BC, Canada and her new series, Flimsy was just invited to screen at the 4th Annual Female Filmmakers Fuse Film Festival from November 6 – 8. She was the creator and produced it while in isolation and also starred in it. Her upcoming film project BREATHE – which she is producing, will be adding a Mentorship program incorporating Indigenous Youth; it’s set to begin filming in Vancouver, in December of 2020.

I had the very gracious opportunity to speak with Keilani Elizabeth Rose over Zoom and she was in sunny LA. I’m in Vancouver, but only one of us was going to the beach afterward.

HNM “You have an incredibly successful film and dance career. You are in the series Flimsy, which you’ve created and produced. I’m not sure how you juggle all of that as well as find the energy. Can you tell me what Flimsy is about?”

KEILANI “It all began in quarantine. Basically, my co-producer in LA and I were laughing about it on Instagram, on how hilarious it would be to film it. It started as a joke and from there it grew into something beyond what I could ever had hoped for and imagined. It’s a story that we shot in quarantine, with 13 episodes shot in five countries with 13 different actors all in self-quarantine. It’s a comedy about two struggling artists trying to make their way and one is an actor, the other one is a DJ. There’s ups and downs in their journey including mushroom trips and U.F.O.’s. We had a lot of fun with it and it was great because, at that time we all needed something to enlighten us because quarantine was feeling so heavy. It was a beautiful gift to have something creative to connect us and remind us what laughter feels like.”

HNM “Have you always wanted to be an entertainer?”

KEILANI “Yes, I think it’s been in the blood since before I knew it. Before I could even walk, I would go with my mom to her Polynesian dance shows.”

HNM “When did you start production on the Flimsy show?”

KEILANI “I started writing it in June and I believe we filmed up to July or August, it took about 6 weeks.”

HNM “It sounds like it’s a totally outside-the-box idea. How long was each episode?”

KEILANI “They’re about 4 minutes each and we have about 45 minutes of content in total. We filmed it in a very interesting way, because of Covid restrictions/guidelines. We had a team available on Zoom that consisted of a director and director of photography guiding us. We tried to create the illusion of me and my partner living together but our scenes were completely separate, she was actually in her apartment and I was in mine. Our cinematographer designed the space to help create the illusion that we were sharing the same space together.”

HNM “Was it difficult to put a team/crew together?”

KEILANI “I guess I’m so lucky and grateful to have so many talented friends that are down to making good art. I just basically picked up the phone, and was like ‘hey guys, I have this really fun idea, let’s do something together’. We have an incredible team – my co-producer is Printz Board, who is a Grammy Award winning music producer. This is our first project together, he also made the original soundtrack and musical score for the entire series, which is one of my favourite parts of it.” 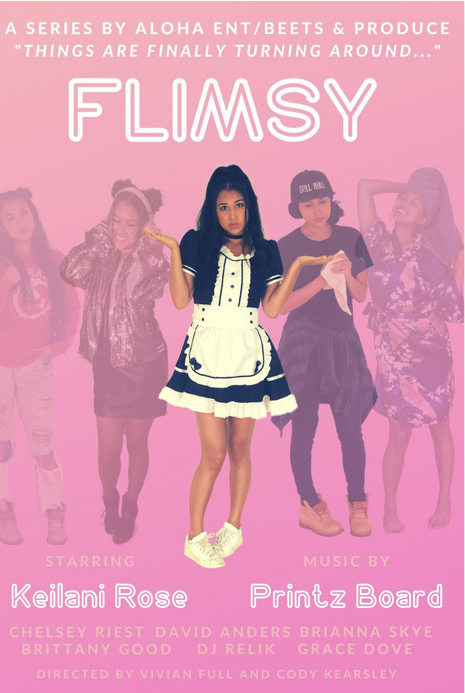 HNM “You’ve been involved in so much – producing, acting, DJing and dancing. Is it difficult to juggle it all?”

KEILANI “I think there’s definitely challenges that come with it, but I feel overall – they’re so complimentary; all the different avenues help to strengthen each other. Dance was my first love and I didn’t even realize the rest of it existed. I knew movement and I loved ballet, which is what brought me to Vancouver. That’s when I started my introduction into the commercial dance world… which led me to Disney. After Disney, my agent encouraged me to get into acting class and I fell in love with it. I think it was the dance class and working so closely with musicians and DJ’s, that the DJing fell into place naturally. I started learning how to play on vinyl, it feels so amazing to curate that sound and tell stories through music. It’s fun to see how it brings people together.

HNM “From the outside looking in, it would appear you’re living the dream. How accurate would that be?”

KEILANI “I think perspective is so important and every day, I get reminded of that. Short answer, yes… long answer, there are still many challenges that I struggle with. There’s still a lot of growth that I’m looking forward to experiencing. I’ve really learned the gift of resilience through my mom and it always keeps me going.”

HNM “What types of films do you see yourself involved in 5 yr.’s from now?”

KEILANI “I’m really excited to explore this new power in writing and using my voice to amplify my communities, Indigenous or the dance community – as well as tell stories that create unity and compassion. I’m working on one right now that I’m excited about, called Sunflower. I’m co-writing it with award winner Erin Hazlehurst, who’s incredible and runs Hazlehurst Films. It’s a story about a young Indigenous girl that survives the foster care system. When she’s old enough, she finds her way back to her birth family. Her journey takes her through the arts, dance and healing – elements that are so prominent in the Indigenous culture. In doing so, she finds belonging and reconnects to her inner strength. I’m hoping that we can go to camera next spring or summer and hopefully get help through Telefilm, as well as some grant funding.”

HNM “When did your passion for DJing happen and will you continue to pursue it?”

KEILANI “The DJ’s on all the dance shows were like big brothers to me. We’d get to know each other’s musical tastes – they’re OG talented artists and I loved sharing the energy on stage. They call it turntablism, with so many different levels and layers. I love vinyl and going back to the roots of music. It was about 4 years ago when I asked my sensei, DJ Relic to teach me. I rented some turntables, started collecting vinyl and gradually started learning the updated software, which allows you to travel with a more compact unit. I definitely want to continue pursuing it. It’s another form of storytelling, so it will only amplify and accentuate the skills that I’m trying to develop in those areas. My dream world would consist of filming and doing movies or TV for 6 months/yr. and another 6 months/yr. travelling and putting a show together with my dancers – dance is my first love. Whenever I think about curating my art, I always think about, who else can we make a seat at the table for and how else can we uplift our fellow artists and spread love.”

KEILANI “It’s still new to me but I really like the fact that it gives you more power to open doors for yourself and other people, while exploring how to use your voice. My good friend Cody Kearsley, is the writer/director on the project and he asked me to come on board as the lead actor. It’s a deep story about battling addiction and it has a special place in my heart. Coming on board as a producer allows me to collaborate with Cody. I looked at this story and knew that it could be relevant to most people at any time, so I had asked him, since he’s using me as the lead – could we use this film to shed light on the Indigenous version of this story. A huge thing for me is community give back, so I brought the idea of a mentorship program that invites Indigenous youth to set – so they can experience what this world feels like and know more about it. If they get inspired, so many doors can open for them. When I was a young girl growing up in a small town, I didn’t really know about these opportunities, so to be able to invite someone from underserved and marginalized groups to experience that, excites me!”

HNM “Do you have a special talent that the public doesn’t know about?”

KEILANI “(Laughter) My sister always tells me my Gif game is really strong. I can definitely admit to you that I can’t wink, which is such a common skill. I can’t wink at people, I’ve never been able to figure it out.”

HNM “Are you currently in LA for a project?”

KEILANI “I came down to LA for some production meetings. One of the short films I had worked on last year is in post-production and we’re finalizing everything before it makes its festival run and world premiere. That was one of the reasons, the other one was to surprise a loved one on their birthday. However, what was supposed to be a 1-week trip, turned into a 2 ½ month trip because I realized I wasn’t ready to come back and go into isolation yet. I’ve been making the most of it by taking meetings, getting some creative work done and seeing old friends.”

HNM “What types of stories would you like to see more of?”

KEILANI “I think it’s interesting to look back at past films made and revisit that lens that story has been told through. If it’s a story about the life of a Hawaiian princess, its typically written and directed by white men. I’m excited to rewrite some of these narratives, to give that truth and perspective back to the story… that may not have been told accurately and fully.” 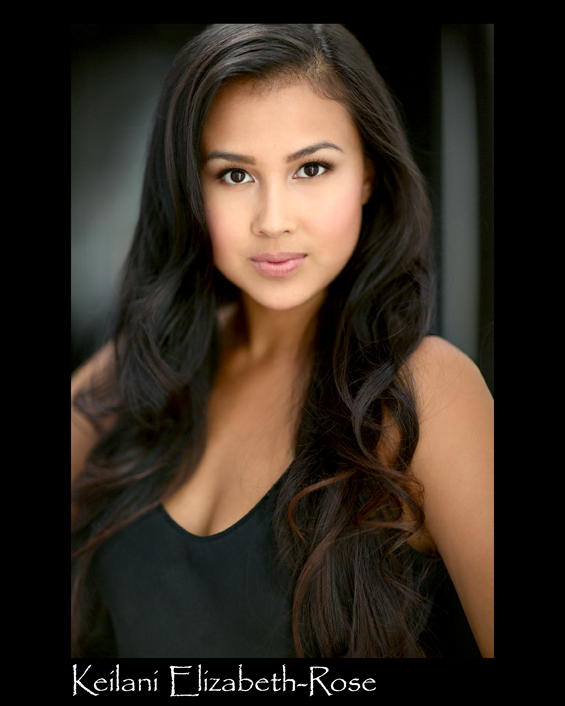 Apart from filmmaking, Keilani is a lover of storytelling, an advocate for Mother Nature and a modern-day renaissance girl. Where some people may have some irons in the fire, Keilani is running a Steel mill. We will be seeing more of her, that’s a guarantee.